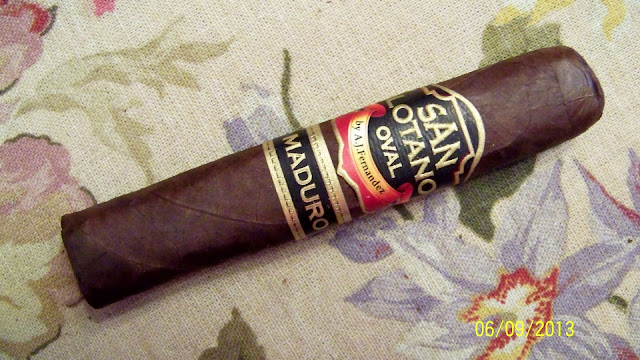 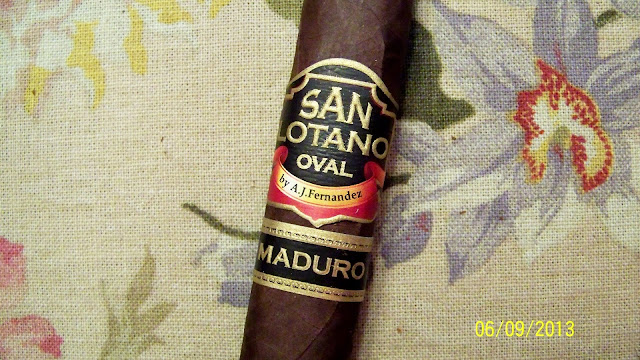 
Back in January of 2012 I reviewed the San Lotano Habano. It received an outstanding score of 93. It went on to become one of my go to cigars. Today I am reviewing the San Lotano Oval maduro robusto. A. J. Fernandez's San Lotano cigars are handmade at the Tabacalera Fernandez factory in Estelí, Nicaragua. This cigar  uses the same binder and filler as the regular production Oval except with an Ecuadorian Habano Maduro wrapper.

Wrapper: Ecuadorian Habano Maduro
Binder: Nicaragua
Filler: Dominican Rep., Nicaragua & Honduras
As you can see from the photo of the foot the cigar is aptly named. The cigar has a nice density and a very oily wrapper. It is very well made. 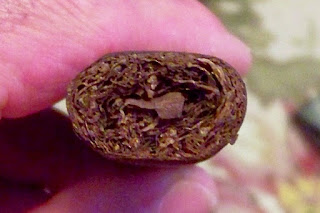 After cutting the cap the test draw was great! The initial flavors were dark coffee, leather, earth, and cedar with cream. The pepper is very good and I rate it a 7. The cigar feels rather full bodied initially. I would call it medium to full bodied. 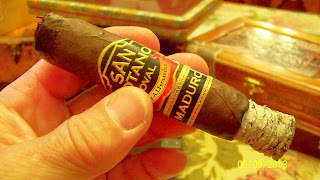 1 inch in the flavors are about like they were initially but there is a twang of orange citrus now. The pepper is more accurately rated at an 8. It is very good. The pepper is black pepper. You get the first hints of orange citrus and then it quickly changes to cedar. The cream notes that I mentioned initially are no longer there. The flavor of coffee could almost be called espresso. It's very dark and intense. The finish is a sweet cream with some lingering pepper. So far, this cigar has the typical A. J. Fernandez flavors. 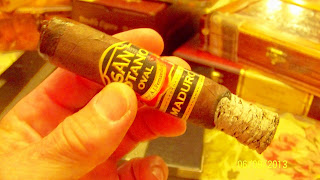 About 1/4 inch further cocoa notes appeared. They also seem to decrease the coffee notes somewhat. They are very nice and really add a lot to the cigar.﻿ 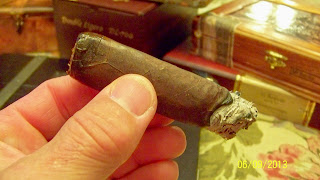 About 2 inches in the flavor order is coffee, cocoa, cedar with a touch of citrus. The leather is bottoming everything out. The pepper and finish remain the same. I removed the bands. There is a little richness in the cocoa and cedar now. This is very enjoyable. The cigar is about 1/2 hour in at this point. 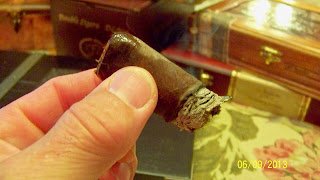 With only about an inch or so remaining the cocoa notes have greatly decreased. The coffee and leather notes are elevated and the sweetness of the cedar is really coming through. Other than that the pepper and finish remain unchanged. 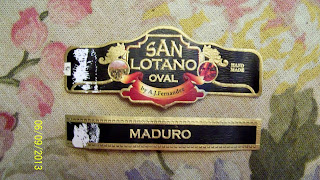 At the end the cigar had a few charred oak notes. Everything else is the same as the last segment other than there is a elevated sweetness on the finish. This cigar was very enjoyable. The cocoa notes in the middle of the cigar were great. I cannot say anything negative about this cigar. It took 1 hour and 10 minutes to smoke. I highly recommend you try these if you have not. A. J. has another fantastic cigar here.
Score: 94