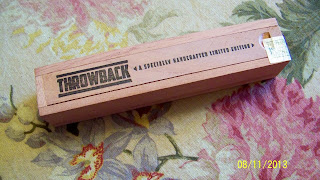 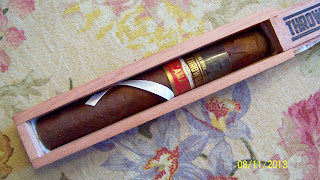 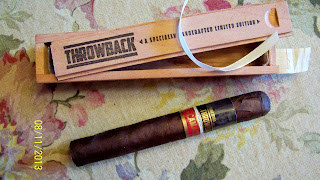 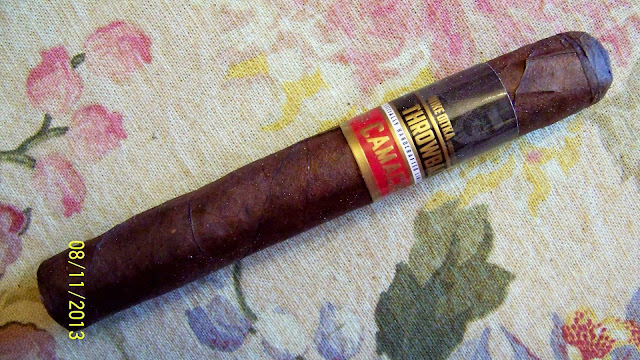 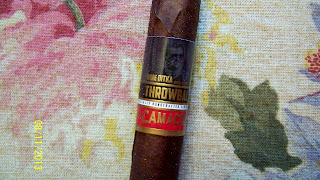 
This is the latest release in the Mike Ditka line of cigars made by Camacho. The cigar pays homage to Mike Ditka's time as a head coach in the NFL.

The cigar has an oily 5th priming Honduran Corojo Maduro wrapper, a Brazillian binder, and Dominican, Nicaraguan, and Honduran fillers.

Each cigar comes with it's own coffin box. Only 5000 boxes of 10 were made. This is a very limited edition cigar.

A closer look at the band displays a picture of Mike Ditka. 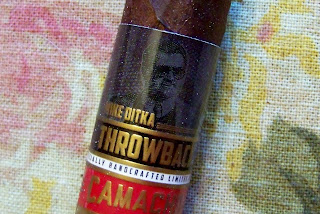 The cigar has a dense feel in the hand and the foot shows it's density. 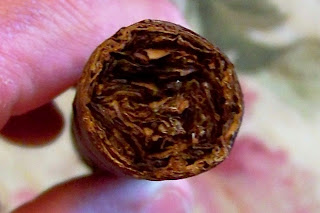 The test draw after cutting the cap was effortless. The initial flavors were a sweet cedar and cream combination. The black pepper is very nice and rated at an 8. There are also some earth and dark coffee notes. The pepper is quite intense but very nice. The cigar seems to be heading toward full bodiness. 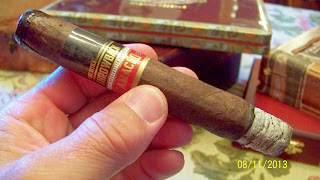 Close to an inch in the cigar has transitioned. The pepper has toned down, the earth  and coffee has toned down but the sweet flavors have popped up. There is a very sweet cedar with what seems to be a blackberry flavor. There are still coffee notes but the cream notes have gone. There is also some underlying earthiness. The primary flavors are the sweet flavors. Although I expect the cigar to reach full bodied it's around medium to full bodied now. 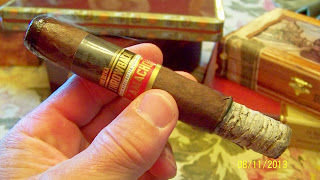 About 1 1/2 inch in the sweet flavors are starting to get rich. You can change the blackberry flavor to raisins, which combine in a very sweet, rich way with the cedar. The coffee notes are still holding the bottom but the earth notes have greatly decreased.


With almost 2 inches of ash showing below the cigar shows no signs of dropping the ash. The burn line is almost laser perfect. 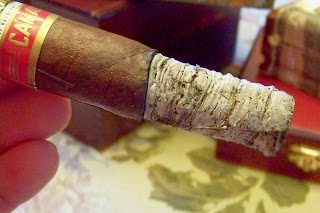 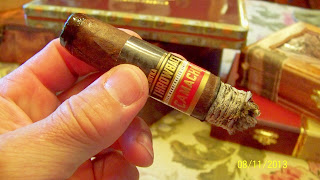 At the band you can see how perfect the burn is. Up to now I have not mentioned anything about the finish. It is very thick and sweet. It reminds me of a custard or a vanilla pudding. You could call it a creamy vanilla and it also has a large amount of lingering pepper. The cedar and raisin combination is still very sweet. Some of the richness has gone but it's still great. The coffee and earth are now very detectable again. I seem to get some dry oak notes from time to time.


As the cigar ended it had more of the dry oak notes. The front end flavors of sweet cedar and raisin was very enjoyable. The coffee is the underlying flavor along with the dry oak. The earth notes have pretty much gone entirely. The finish remained the same, as well as the pepper. The cigar took about 1 1/2 hours to smoke. This was a great cigar and Mike Ditka should be very proud of it. Get these while you can as they are extremely limited. 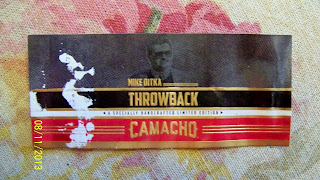