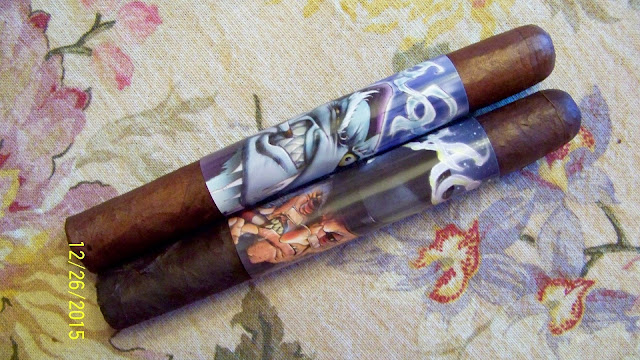 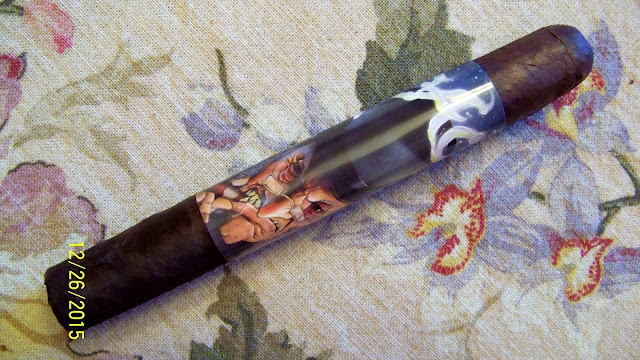 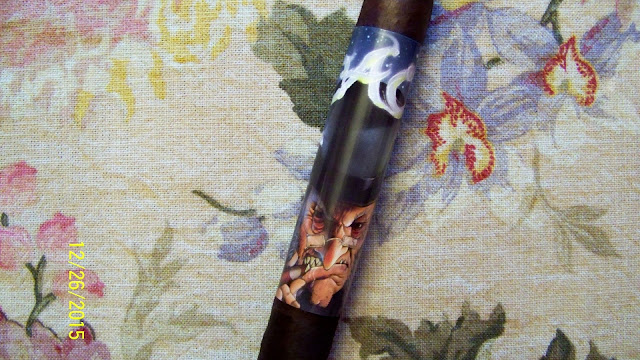 This is the first review for the 2016 review year!

CAO has rolled out its annual Christmas / Winter Themed releases for 2015; the CAO Wicked Winter and the CAO Stingy Scrooge. This marks the third consecutive year CAO has done a seasonal release. The top picture shows both cigars.

To start things off I decided to go with the Stingy Scrooge.

The Stingy Scrooge is a dark cigar with an absolutely huge band. Needless to say it won't be on long.

Here is a shot of the foot. 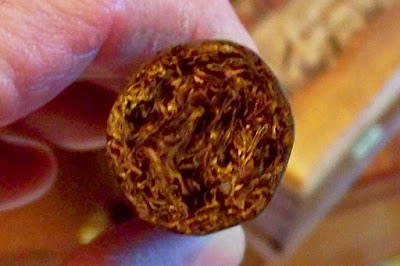 The test draw after cutting the cap was very good. The initial flavors were a sharp, sweet boysenberry with black licorice and black coffee. There was black pepper rated at a 7 1/2. This will be a dark noted cigar. 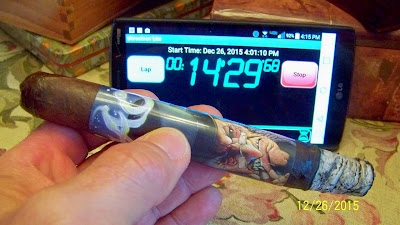 About one inch in there was some sweet cream and it was very noticeable. It went nicely with the boysenberry. The licorice and black coffee notes are at the base. I want to see if the sweet cream develops into something else. The cigar is a low level medium to full bodied. The finish is one of cream and dry wood. Odd, yes, but that's what it is. There is a little black pepper on the finish. 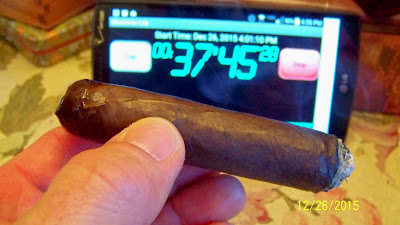 Approaching the midpoint the buttery notes expanded and the flavors now taste more like a sweet, milk chocolate with a slight buttery flavor and black coffee at the base. The black pepper has increased on both ends. The cigar is a solid medium to full bodied. 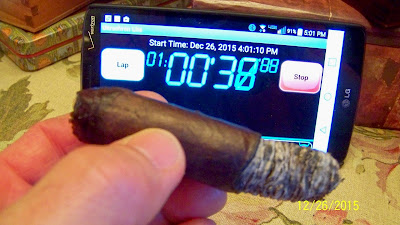 At the one hour mark I noted some sweet cedar mixing in with the milk chocolate and coffee. There is still a touch of butter; not much but it's there. The finish is unchanged. 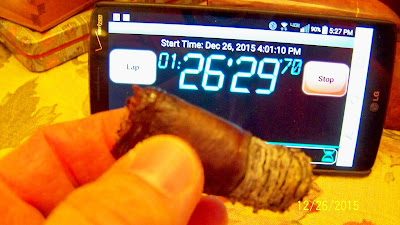 The coffee notes really came out at the end. There was still milk chocolate with a touch of butter. There was still a touch of cedar also. The pepper increased to an 8 rating. This was a good cigar and well worth trying. Since it's a seasonal blend they may not be around very long but any shop that sells CAO Cigars will have them. Give it a try. A good dark noted cigar. 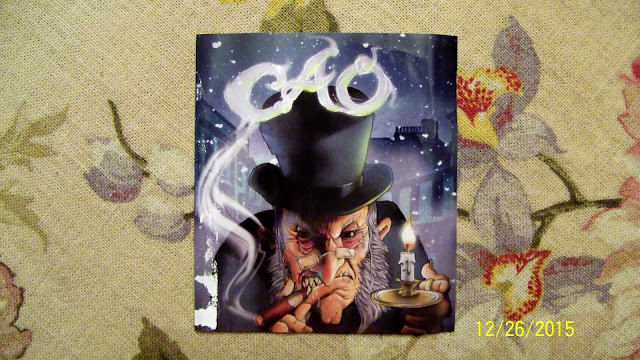