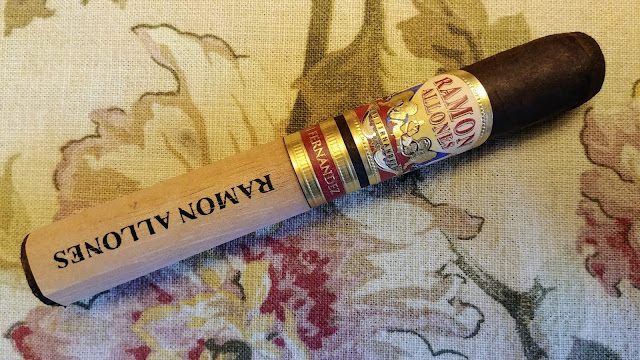 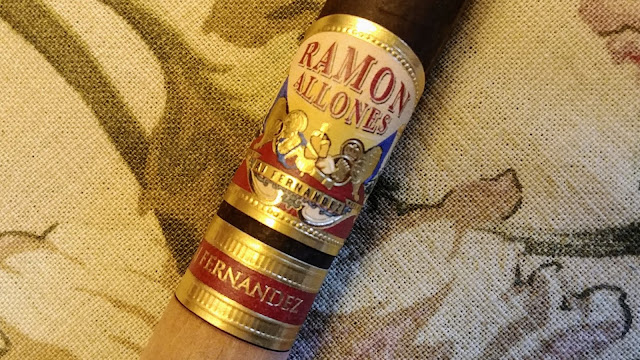 You are not seeing things. This is indeed another review of the Ramon Allones toro. I first reviewed this cigar July 8th, 2018 shortly after it debuted. At that time it received a nice overall rating of 92. But, something told me these may improve with some time in the humidor. In early December I purchased a box of the toros and they have improved each time I smoked one. So, I decided it was necessary to pass that information along to you and review it again. Even though this cigar was included in last year's year end scores it will also be included in this year's as it is within my self imposed limit of 2 years. (cigars that debuted this year and last year)

(Description taken from Cigar-Coop.com website)
Montecristo, Romeo y Julieta, H. Upmann, Gispert, Hoyo de Monterrey, Punch, and Ramon Allones are all legendary Cuban brands. They are also brands being produced by AJ Fernandez‘s Tabacalera Fernandez in Estelí. While Fernandez is producing Montecristo, Romeo y Julieta, H. Upmann, and Gispert for Tabacalera U.S.A.; and Hoyo de Monterrey and Punch for General, when it comes to Ramon Allones it is a different story. Last year came word that Ramon Allones would also be produced by Fernandez. The difference with this brand compared to the others is that sales and distribution would be handled by AJ Fernandez Cigars. In a nutshell, General Cigar had made a decision to essentially license the brand to AJ Fernandez Cigars. While Ramon Allones has a storied history in Cuba, when it comes to the U.S. market, it’s been more of a struggle. Just before the 2018 IPCPR Trade Show, the Ramon Allones by AJ Fernandez was released.

The blend for the Ramon Alllones by AJ Fernandez is a Nicaraguan puro. The cigar is highlighted by a dark high priming hybrid-seed wrapper that is referred to as a Habano Oscuro Medio Tiempo grown on Fernandez’s farm.

Vitolas Offered
The Ramon Allones by AJ Fernandez is available in four sizes. Each is presented in 20-count boxes.

The cigar is very dark and well made. The band is ornate and regal looking. The cigar has a nice dense feel in the hand. 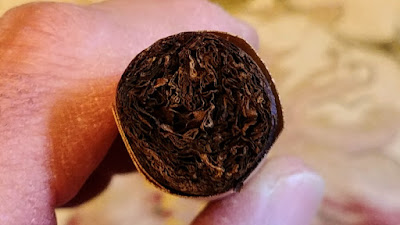 The test draw after cutting the cap was good. The initial flavors at light up were a nice, sweet, tangy orange citrus, brown sugar, leather, cinnamon, nutmeg, and black coffee. There was a tremendous amount of black pepper initially which I rated at 8 1/2. In a nutshell these flavors are just about everything I want in a cigar. 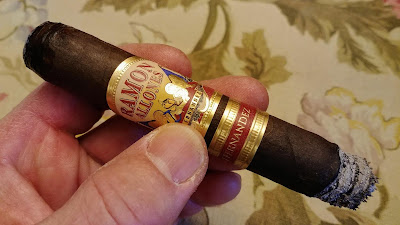 At the first third (28 minutes) the cigar is burning evenly. The flavors at this point are just like I described initially. The citrus, nutmeg, and leather form almost a liquid and it flows across the palate making a sweet, thick flavor. The flavors are even in intensity. The black coffee holds a nice base but it's not very noticeable. The brown sugar adds sweetness and the cinnamon adds a nice tingle. The cigar has a darkness to it but the extreme sweetness from the citrus and brown sugar even it out nicely. The finish has the slightest amount of citrus but a large amount of nutmeg and dashes of leather with some modest lingering black pepper. The cigar is medium to full bodied at this point. For me, the cigar is just about perfect at this point. I decided to be conservative with my first third rating and score the cigar at a 96. 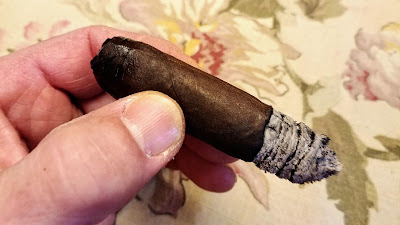 At the second third (1 hour 4 minutes) the cigar is still burning evenly. The cigar is now full bodied. The citrus is now more of a sweet cedar and it's getting some added sweetness from some caramel. The brown sugar is now more fluid; more of a caramel flavor. There is still plenty of nutmeg and leather. The coffee has risen to even out all the flavors. The cigar is very much in balance. The finish is pretty much unchanged in flavors but there is a little more lingering black pepper. On the front end the black pepper has toned down to a 7 1/2. The cigar remains very tasty. The second third score is also a 96. 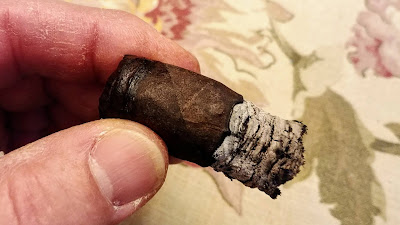 The cigar lasted 1 hour 27 minutes. It continued to burn evenly. Not much changed in the final third. The same flavors continued. The cigar is very full bodied. Everything mixes so well in this cigar. It is powerful and flavorful. A little time in the humidor really helps this cigar. It was good when I initially reviewed it and it is better today. I maintained the score of 96 for the final third. These are great cigars that should be on every one's radar. Definitely box worthy. You can purchase this fine cigar HERE. 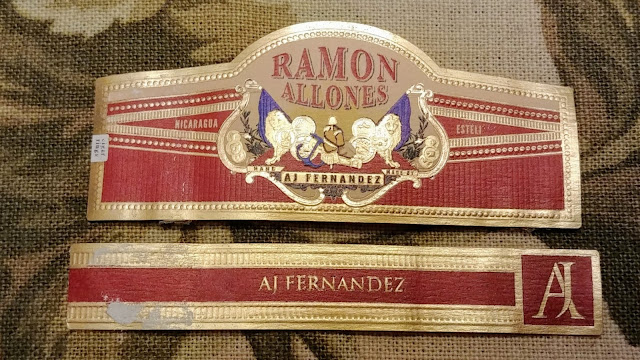 Hey Tim, Brian here. Is there a difference in the torpedo 54 ring gauge and the toro?

I don’t suspect there would be much of a difference between the 52 toro and 54 torpedo. Great reviews by the way!

I would not think there would be much difference. The smaller draw point of the torpedo may yield some slight differences, however.