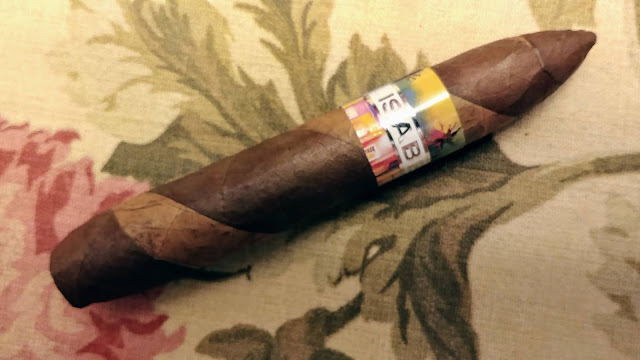 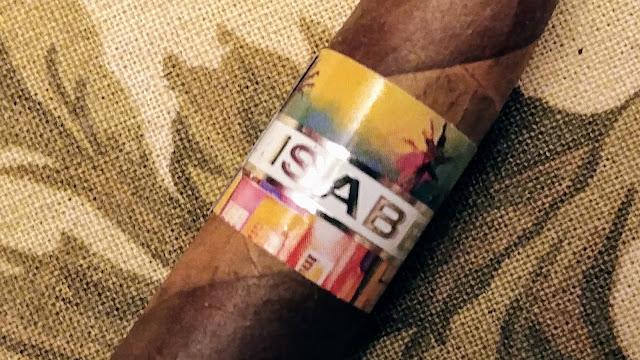 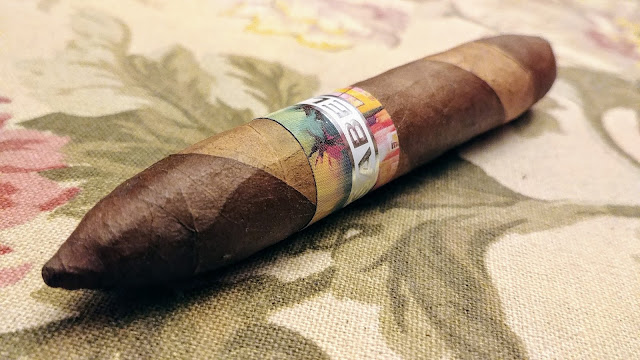 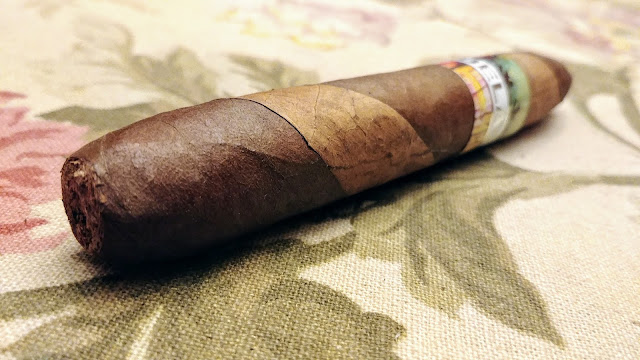 The Limited Edition Isabela Transporter is an artisan masterpiece. It is blended to transport you thru multiple transitions of flavors, all subtly ever-changing, with notes of peppers and spices intermingling throughout, all presented in a master-crafted double perfecto format.

The cigar is well made and I love the shape. It has an average feel in the hand. 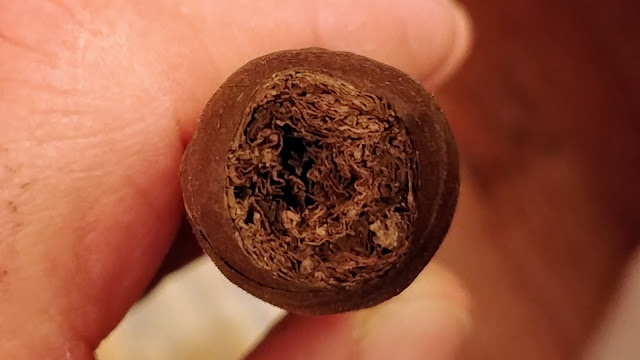 The test draw after cutting the cap was very good. The initial flavors at light up were numerous; cedar, orange peel, pear, brown sugar, nutmeg, leather, and black coffee. Isabela is known for their multiple flavors and this cigar is no different. There was black pepper rated at 7 to 7 1/2. Nice flavorful start.

At the first third (31 minutes) the ash was still intact. The flavors now are primarily cedar, orange peel, brown sugar, dash of cinnamon, smooth nutmeg, leather, and black coffee. The cigar is medium bodied with a tilt toward medium to full. The finish is brown sugar, orange peel, and nutmeg with a good amount of lingering black pepper. In this particular Isabela blend there are more lower level notes. I rated the first third 94. 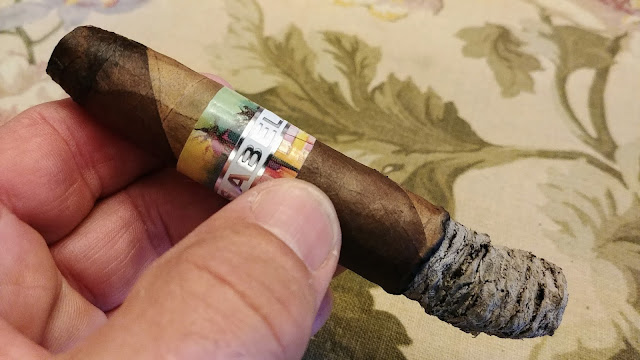 As I moved through the second third (54 minutes) the flavors were pretty much like they were but I added peach into the mix. The cigar is medium to full bodied. The finish is unchanged. The cigar is still very good. I maintained the score of 94. 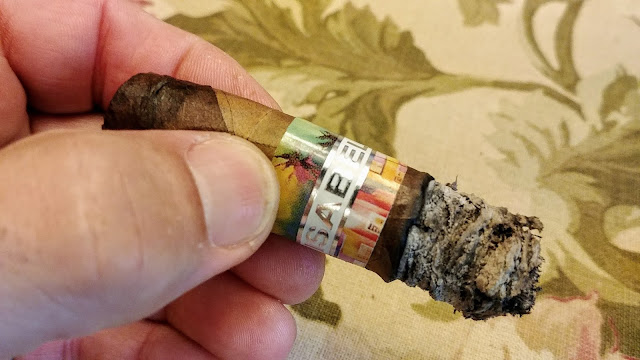 The cigar lasted 1 hour 20 minutes. In the final third I had flashes of citrus notes. The peach notes were still there. There was some toasty notes on the nutmeg. The leather was a little lighter. The black coffee was about the same amount. The cigar is now full bodied. The finish is basically unchanged with just subtle nuance changes here and there. This has been another good cigar from Isabela. I held the score of 94. 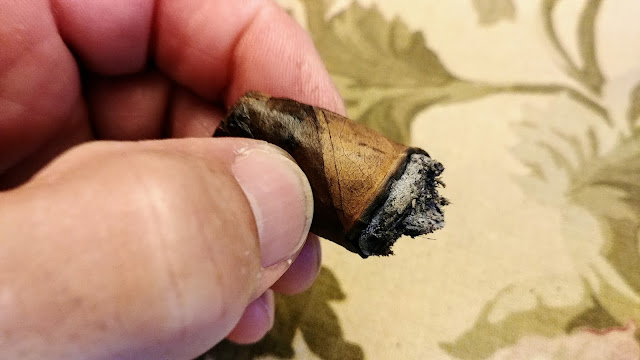 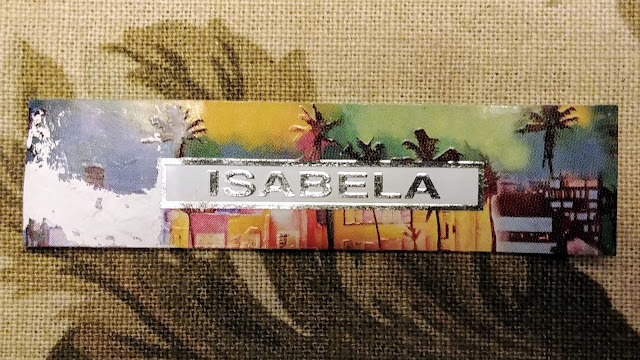