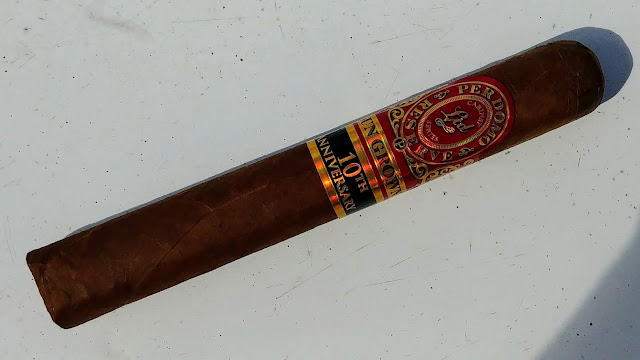 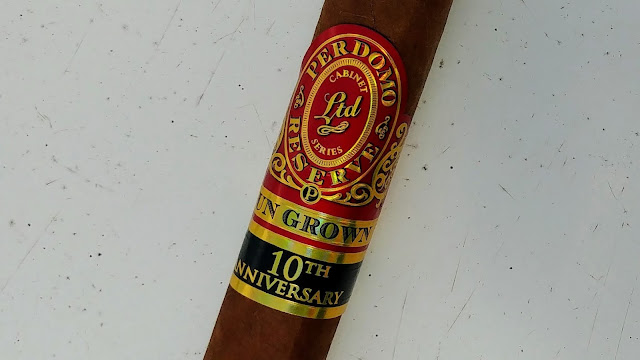 “Our Perdomo Reserve line has been on the market for over 20 years. We wanted to come out with something really special to honor the history of the brand and offer a cigar that every cigar smoker would truly fall in love with,” states Nick Perdomo, Jr., President, and CEO in. press release. “We blended these cigars with 6-year aged Cuban-seed wrapper, binder, and filler tobaccos that we carefully hand-selected from our most prestigious farms located in the Estelí, Condega, and the famed Jalapa Valley in Nicaragua. We blended these cigars to not only be rich in flavor, but also to be very smooth on the pallet with slight hints of sweetness. Our tasting panel with over 250 years of cigar making and premium tobacco experience was amazed at how great this blend tastes.”

The cigar features a bright red foil band and it has an average feel in the hand. 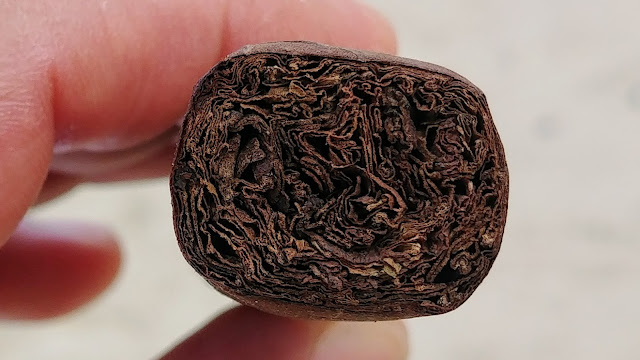 The test draw after cutting the cap was very good. The initial flavors at light up were a nice cedar with some light citrus influence, orange peel, brown sugar, cinnamon, light leather, nutmeg, and a black coffee base. There was black pepper rated at 7. There is a pronounced orange peel note and it's combining with the leather. Nice start.

At the first third (22 minutes) the cigar is just like I initially described. There is a large amount of the leathery orange peel and the nutmeg joins in with them. But there are a lot of sweet brown sugar notes. The cigar is medium bodied at this point. The finish is a citrus/cedar and nutmeg. You don't really have citrus on the front end. Rather it's orange peel. But on the finish there is citrus combining with cedar. The lingering black pepper is average. I rated the first third 94. 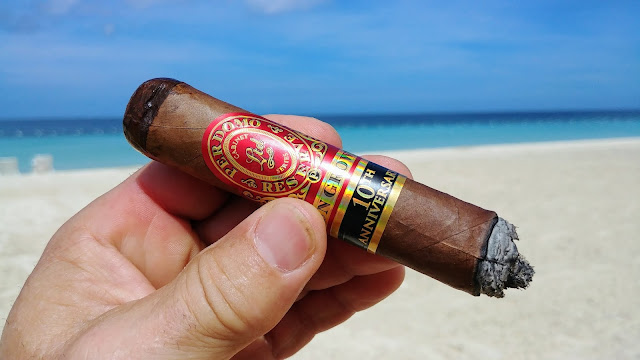 Moving through the second third (44 minutes) the citrus peel notes and the leather notes are starting to move up. With them the intense brown sugar dipped just a bit. The cigar is medium to full bodied. The finish is unchanged. The brown sugar notes decreased enough to lower the second third score to 93. Still a very enjoyable cigar. 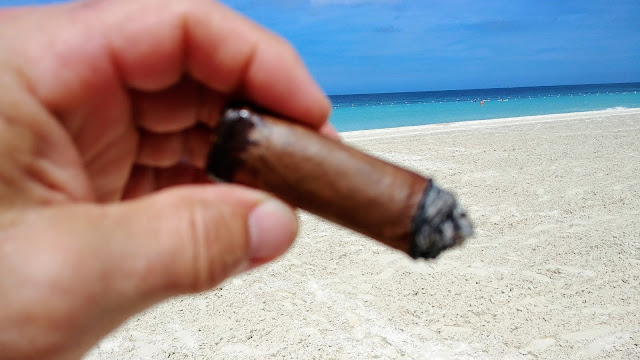 The cigar lasted 1 hour 8 minutes. In the final third the lowered sweetness that I mentioned in the second third bounced back. The cigar has the same flavor notes. The cigar is now medium to full bodied leaning toward full bodied. The finish is unchanged. This has been another very good cigar from NIck Perdomo. I raised the final third to 94. 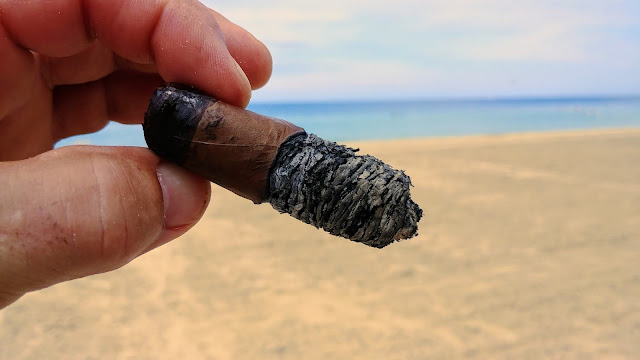 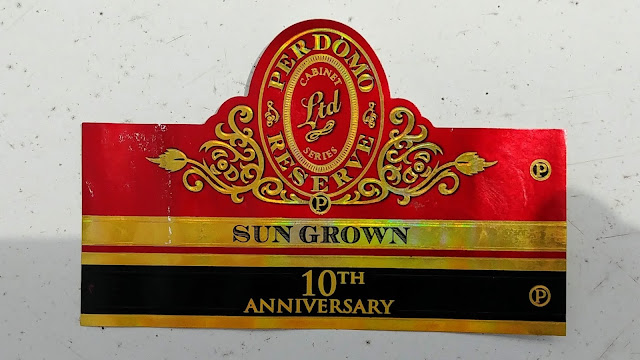