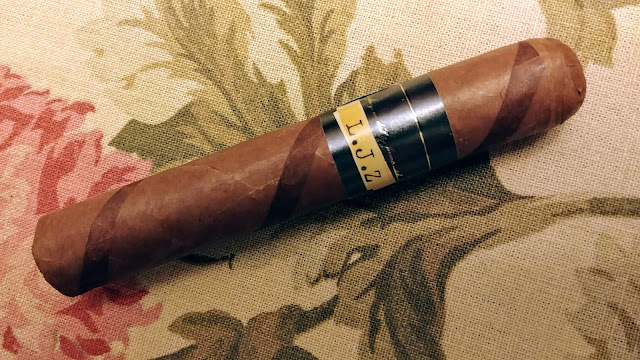 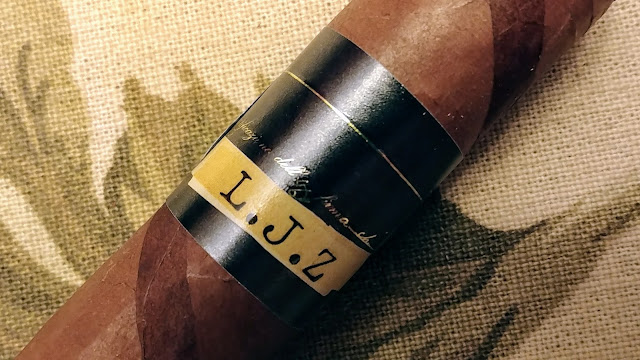 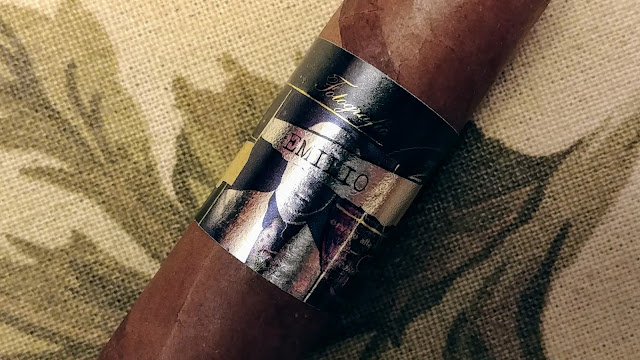 Emilio Cigars has the Emilio LJZ Limited Edition. The LJZ is a line that was first released in 2016. LJZ is a cigar that pays homage to Louis J. Zucca, the grandfather of Emilio Cigars owner Scott Zucca.

The Limited Edition uses a modified blend including using two wrappers (Nicaraguan Habano and Sun Grown). The remainder of the blend features a Nicaraguan Habano and a combination of Nicaraguan and Dominican fillers. The cigars come in two sizes: Robusto (5 x 52, SRP $10.00) and Toro (6 x 50, SRP $11.00) – each presented in 20-count boxes. Production comes from Fabrica Oveja Negra in Estelí, Nicaragua.

“I’m very excited about this release. This year we changed it up a bit by making the cigar with two wrappers. We combined the light Habano from the previous release with a Sun Grown Habano. This tweak adds a lot of complexity and a little spice to the original blend. Baking spice, cedar and cocoa are the prominent flavors in this well balanced, medium-bodied cigar. The artwork I created is a tribute to Scott Zucca’s roots. Scott is the founder of Emilio cigars and I wanted to create artwork that paid homage to his Italian heritage,” commented James Brown of Oveja Negra Brands.

The cigar is quite striking with the barber pole effect of the two wrappers. It has an average feel in the hand. 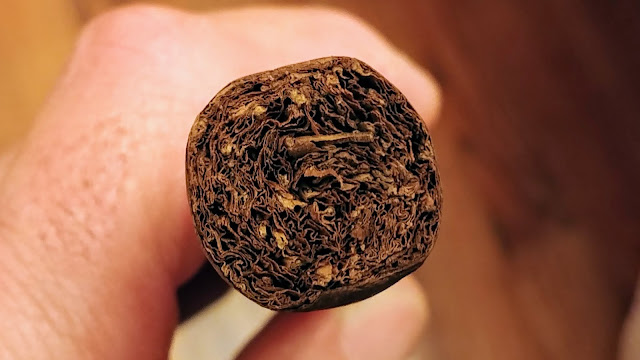 The test draw after cutting the cap was very good. The initial flavors at light up were a citrus/cedar, brown sugar, cinnamon, orange peel, leathery nutmeg, and black coffee. There was black pepper rated at 7 to 7 1/2. Nice start.

At the first third (24 minutes) the cigar has settled down into a nice mix of flavors. It's like a soup of flavors. All the previously listed flavors are in play. The black coffee has ticked up just a bit. The finish is citrus, nutmeg, and a little brown sugar with nice lingering black pepper. The cigar is a low grade medium to full bodied. The mixture of flavors is nice and sweet. I rated the first third 94. 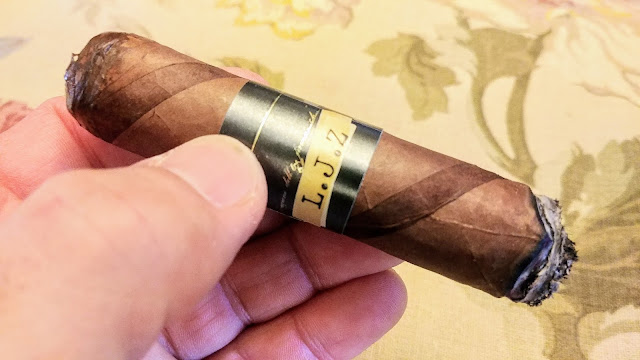 Moving through the second third (47 minutes) the sweetness moved up slightly. The orange peel is somewhat elevated but it does not hurt the cigar. There is ample sweetness to counteract the orange peel. The leathery nutmeg is very nice. It combines with the black pepper to give that "scratchy" flavor. The black coffee is elevated and nice. The finish is unchanged. The cigar is now a firm medium to full bodied. I rated the second third 95. 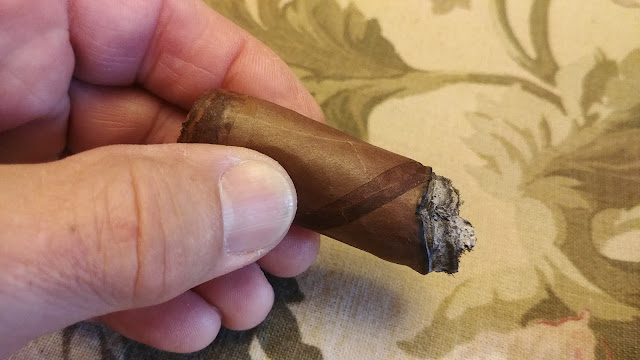 The cigar lasted 1 hour 7 minutes. In the final third the overall sweetness and combination of flavors reverted back to the way they were in the first third with the exception of the black coffee which remained somewhat elevated. The cigar is still medium to full bodied. The finish is unchanged. I rated the final third 94. This is a good cigar to pay homage to Zucca's grandfather. 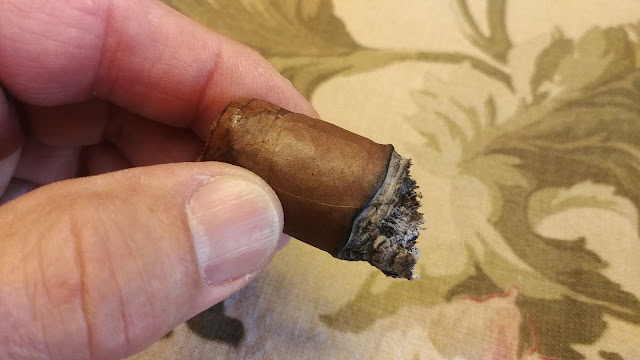 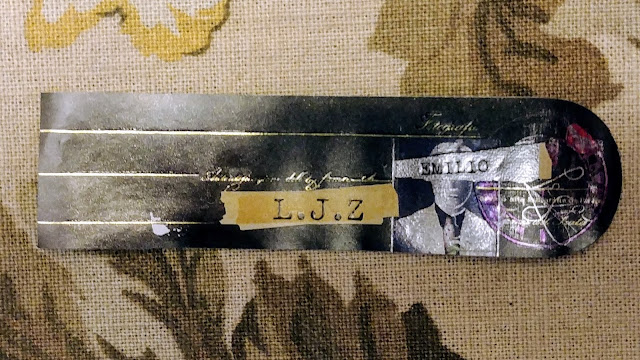