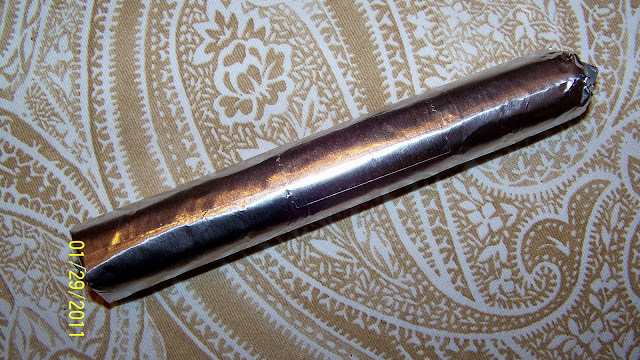 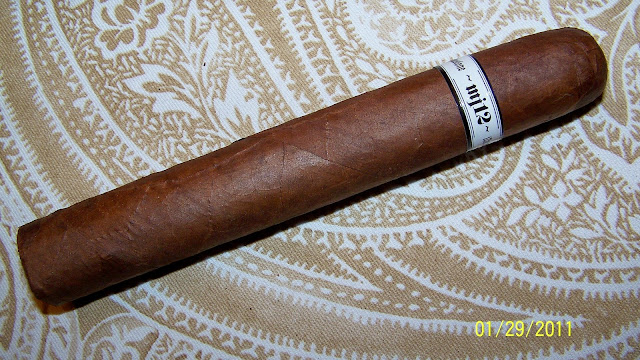 To make the presentation a little more spectacular the cigar is foil wrapped. A dark natural cigar. Very dense feeling in the hand. Triple capped. It started out with a blast of leather. It quickly added an intense cinnamon/orange citrus spice with a TON of black pepper. The finish is long with thick vanilla notes. The draw was very good.

After an inch the citrus notes are more prominent. Another half inch and the vanilla notes pop a little more. The finish at this point is still one of rich vanilla but there are some raw almond notes also. The cigar is full bodied. The black pepper is still intense and tends to linger on the finish. Another 1/2 inch and the cinnamon notes come back around with sweet orange citrus undertones. At the midpoint the cinnamon notes come forward along with leather and that black pepper. The cigar makes frequent changes. 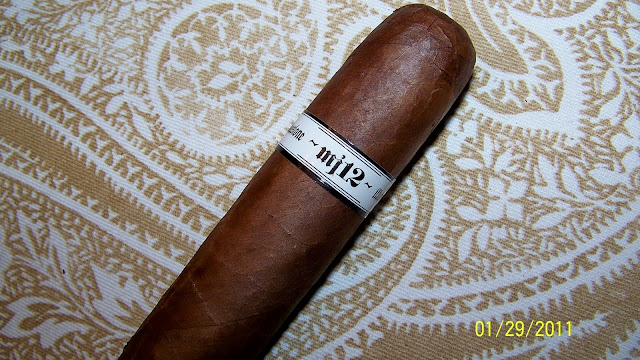 Quickly, let me talk about price point. This cigar, including taxes, was a touch over $11. These cigars average $9 to $12 so they're not cheap but this cigar demonstrates they are worth it. There are many other sizes that I will review later.

The vanilla notes keep popping up from time to time. At the 2/3 point they are back with cinnamon closely behind. At this point the pepper is not as strong as it was but it's still packing a punch.

In the final third the citrus notes come forward closely followed by the vanilla. The finish is still very long with vanilla. The cigar finished up with cinnamon and vanilla with citrus undertones. The finish was long with vanilla. This was an excellent cigar. Numerous changes. A full bodied, flavorful cigar that has a tremendous amount of black pepper. Any lover of Nicaraguan cigars will love it. I highly recommend it. 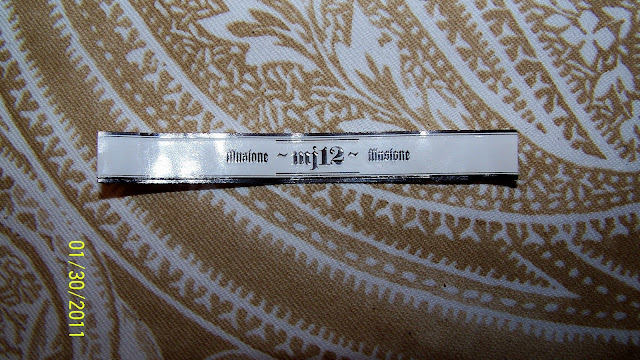