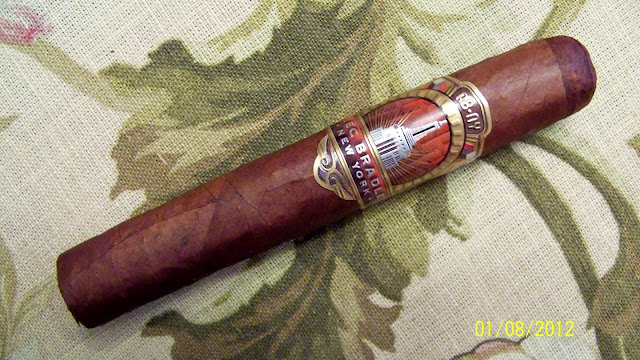 This is a very interesting cigar. Alan Rubin, owner of Alec Bradley Cigars, produced this cigar to be sold only in New York state cigar shops; nowhere else. His reason for the extreme love for New York stems from his parents being from New York City. He also realized that New Your has a horrible tax of 75% on the wholesale cost of cigars. His intent was to produce a great cigar that could be sold for a reasonable price for the New York market. This cigar, the robusto, sells for $11 in New York inclusive of all taxes. That may not seem "reasonable" but when you realize that the cigar should be an $8 cigar normally, and the wholesale price is around $4, you would then add $3 tax to the cigar making it $7 at the wholesale level. Add in the $4 profit margin and you're now at the $11 selling price. I suppose that's a decent price in New York!


The cigar is a beautiful reddish brown and quite dense. 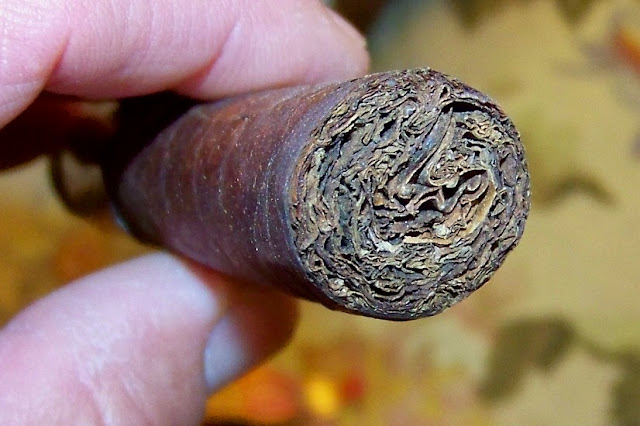 After clipping a small amount of the cap the test draw was effortless. The initial flavors were leather, cinnamon, and nice pepper. The cigar was quite leathery.

A few minutes later the cigar settled down into one of leather and prominent grapefruit citrus and vanilla  and they are very sweet. There are coffee notes also. The finish is sweet vanilla; almost sugary. 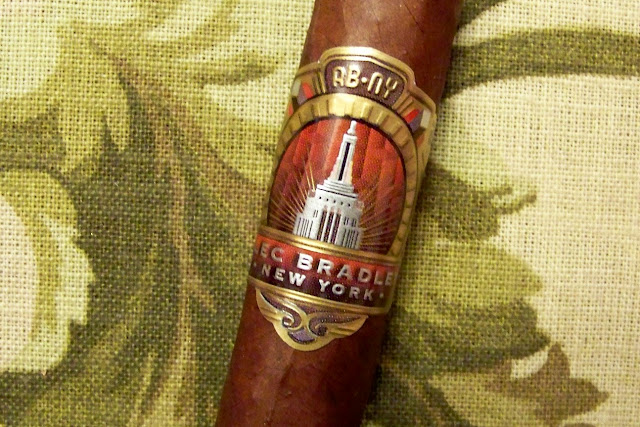 A couple inches in the main flavor is rich, sweet cinnamon to go along with the leather. The finish is so sweet it's more like a caramel. The pepper lingers somewhat on the finish. The cigar remains a very leathery one. The richness in the spice is very nice. The vanilla notes are secondary.

I looked online to find the significance to the Six Two name but I could not find it. Apparently it is a reference to New York but it is unknown to me. The cigar is medium to full bodied. I am enjoying this cigar a lot!

With about 1 1/2 inches left the cinnamon flavors are joined by espresso coffee. The finish also has a vanilla/coffee mix. That was a big change. Coffee notes are everywhere in the cigar. 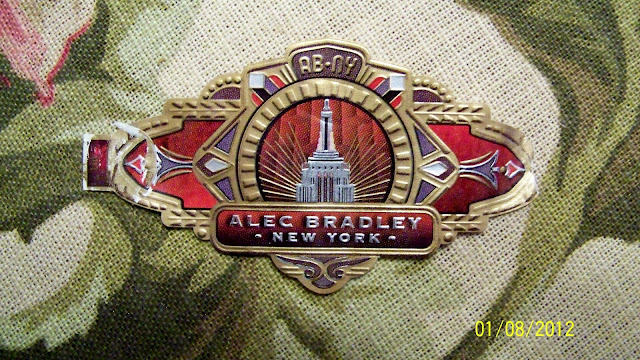 At the end of the cigar the rich cinnamon notes came back. Coffee is also in the main spice flavors but not nearly as much as it was just a few minutes ago. The finish is back to a vanilla/caramel mix. The burn was very good throughout. The cigar was very good and I am surprised that it's in such a limited market. This cigar could sell very well in any part of the country. You can find these cigars online if you look so you can still enjoy them. I enjoyed this cigar quite a bit.

Just found out that this cigar has just been released nationwide so look for them in your local shop and try them for yourself. For me, this is the best AB cigar I've had in a long time!

Thanks for the link. The AB NY is absolutely great.

That is great, thanks for sharing! I have been buying wholesale cigars for years and I have to go find the one you posted. I smoke cigars with my dad all of the time and I'm sure he'll appreciate one of these.