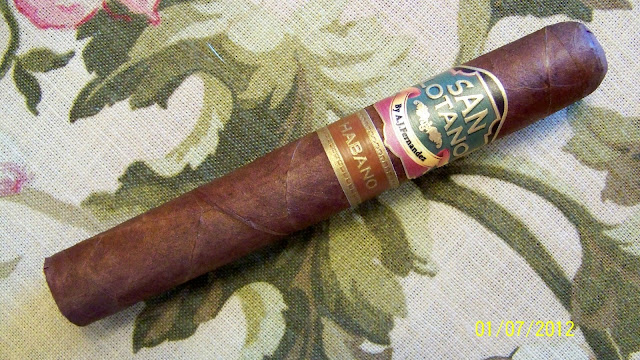 A dark Habano wrapper surrounds this well made cigar. It appears to be triple capped and very dense. 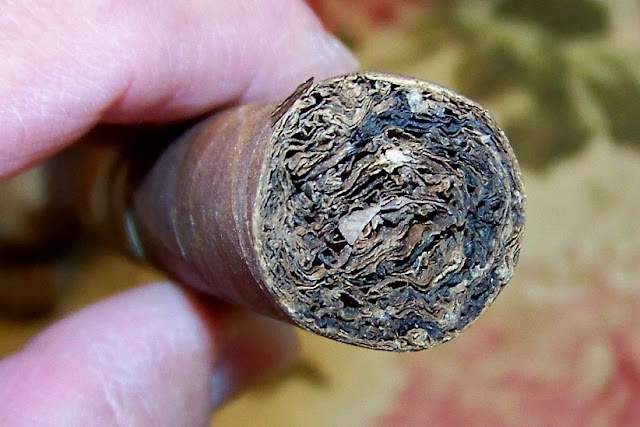 San Lotano cigars are produced by A. J. Fernandez in Esteli, Nicaragua. The filler tobaccos are grown from prized seeds which are proprietary only to the Fernandez family. 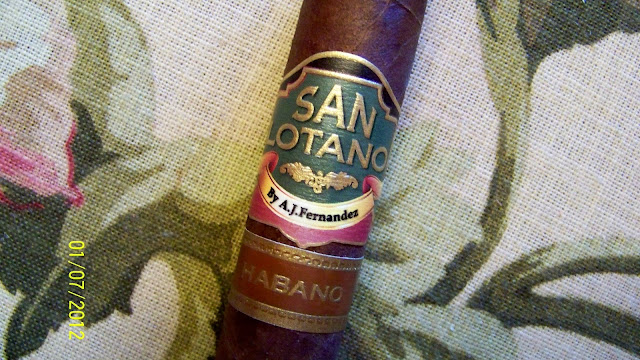 
The test draw was very good. I detected a lot of spice on the draw even before it was lit. Upon lighting the initial flavors were a very peppery citrus which I would describe as tangerine citrus and lightly roasted almonds. The pepper is very, very good.

With a few minutes under it's belt the cigar settled down into the tangerine and vanilla notes with light roasted almond notes. There is also some depth to the cigar from coffee notes. The pepper is very good and it's lingering. The finish is one of vanilla at this point and lingering pepper. I could feel it on my palate and back of my tongue.

With about an inch and a half the cigar developed a nice richness. The orange and vanilla has a nice rich, tangy flavor. The almond is somewhat subtle. The pepper remains very prominent.

At the midpoint there was an additional flavor which was cinnamon. The main flavors are still tangerine and vanilla and the cinnamon and almond are more subtle. 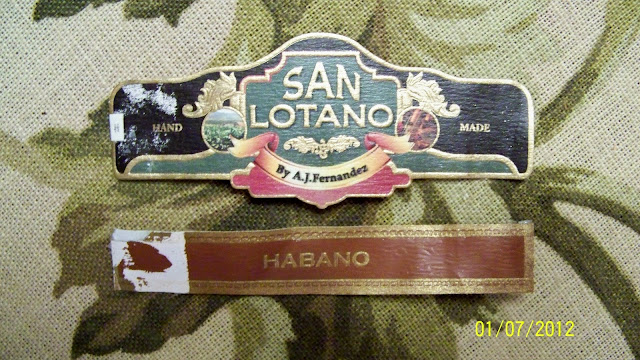 The cigar remained fairly consistent until the end. The flavors wound up with mainly tangerine and vanilla with coffee notes and more subtle flavors of cinnamon and almond with continued black pepper. The finish remained one of vanilla and light citrus with lingering black pepper. I would call this cigar medium bodied. I found this to be a good cigar for the first review of the new year. I would suggest trying one for yourself.

I gotta try this, love pepper!

Plenty of pepper in this one. You'll like it!

Great review! Our customers at my lounge love these! They will be consistently ordered by us at least until interest shifts to something else!
-KitchenKitten
"CruiseCritic" member/poster

Thanks KK. They are very good cigars. Glad you liked the review!

I am by no means an afficianado but I love this one, am smoking one right now and it's great to read a review while smoking it. I've noticed the nuances and flavors even more. Thanks!!

Awesome - best one I have smoked since 10 months!