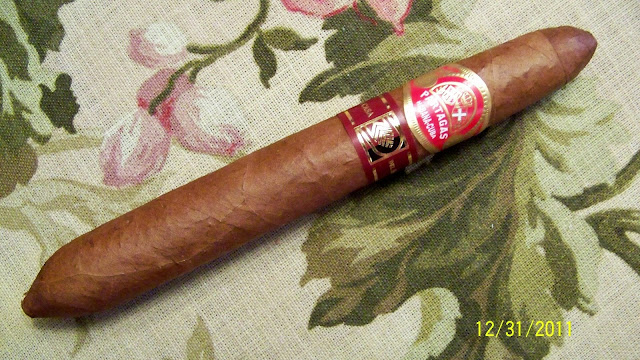 I picked up this cigar in the La Casa del Habano in Cozumel, Mexico in September. It has a manufacture date of 2008. You may remember it from pictures in my write-up on our cruise. I have been saving it for New Year's Eve and tonight is the night! 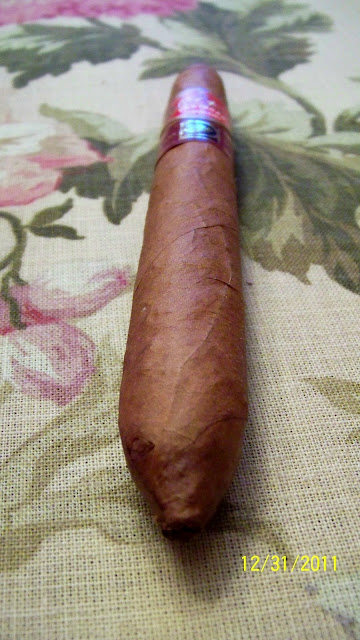 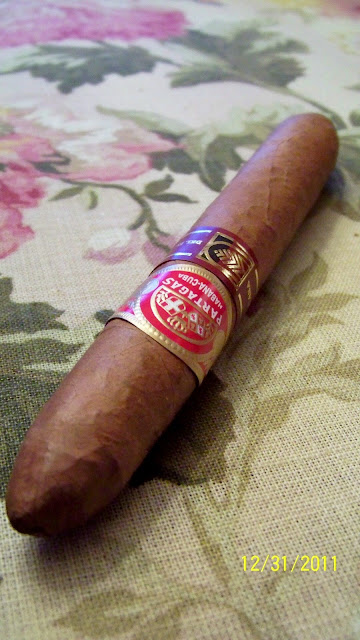 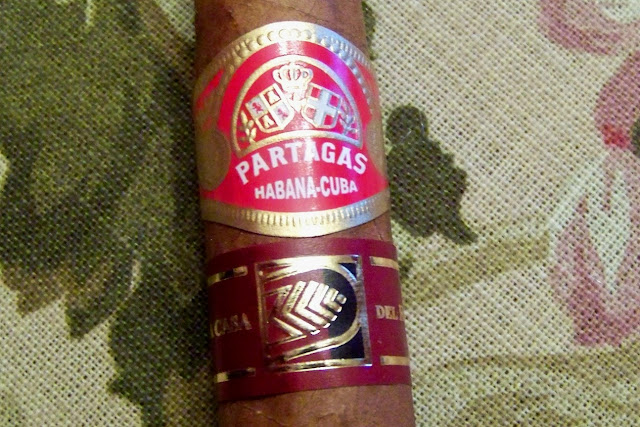 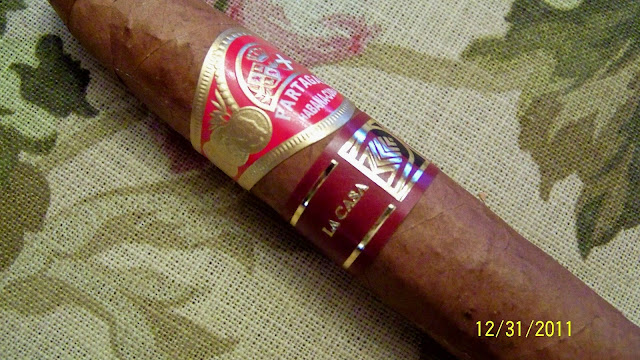 Prices at LCDH's are a little high. This cigar cost me $28. Since I love the PSD4's and Partagas in general purchasing this cigar was a no brainer. 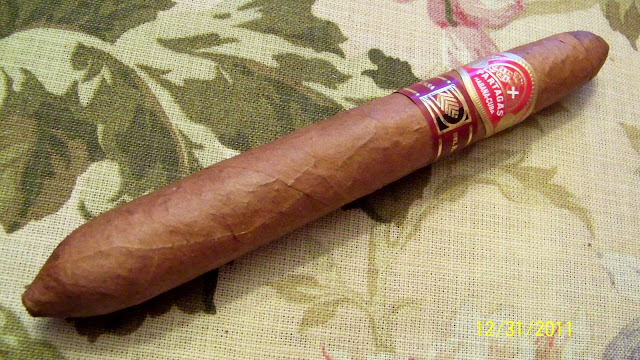 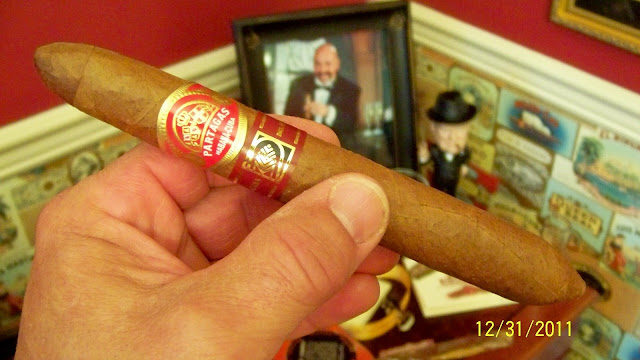 After a small clip of the cap the test draw was very good. I lit the small tip of the foot and sat back to enjoy. The flavors were sweet vanilla, raw almond and some cedar notes with nice pepper. The cigar is mild to medium at this point. 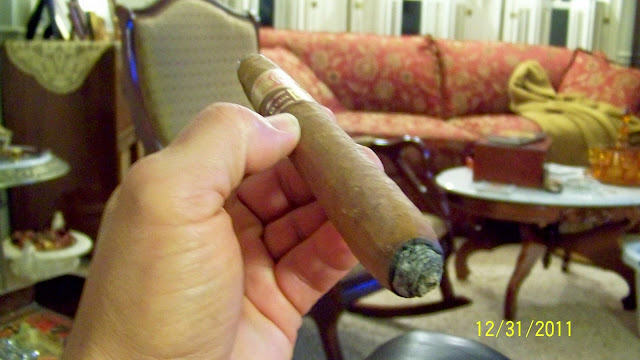 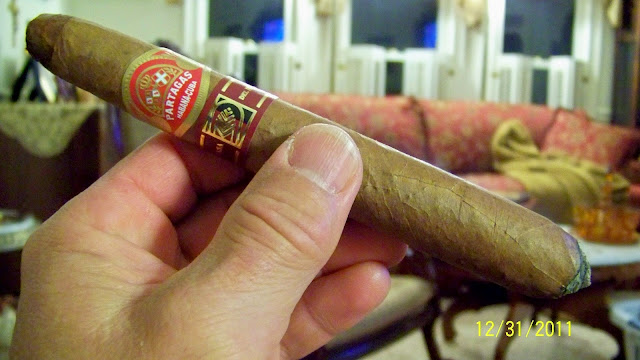 After an inch the cigar became one of a very rich vanilla primarily with underlying cedar and roasted almonds. The sweetness of the rich vanilla is great. The pepper sort of hangs around subtly.

About 1/2 inch further and there were some coffee notes. The cedar notes are more prominent now along with the roasted almonds and vanilla. The cigar seems to be more medium bodied now and the pepper is more intense. The finish is one of sweet, raw almonds. 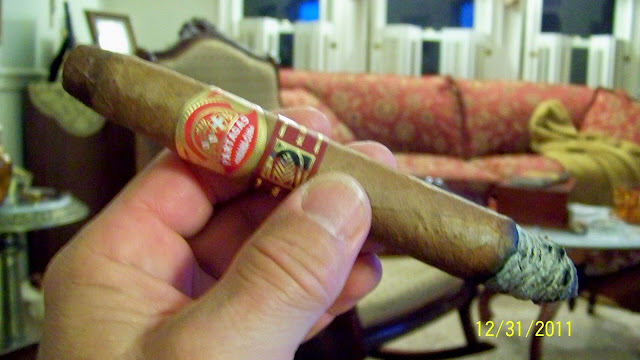 Another 1/2 inch or so and the rich vanilla takes the lead flavor with a mix of cedar and coffee notes with roasted almonds. The pepper continues to improve. The finish is lightly roasted almonds with a touch of lingering pepper. The richness of the vanilla is very nice. 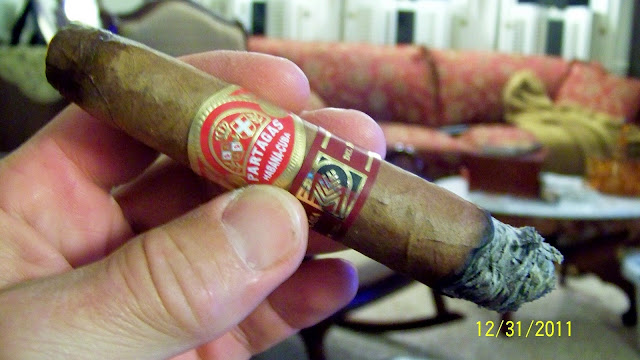 At the midpoint the favors are evenly mixed. I can detect the vanilla, cedar, coffee, and roasted almonds but they appear to be evenly distributed. No one flavor has the lead. The pepper is now at a very good amount. It started off very subtle but now is very good. The ash is very tight. At this point I have only ashed the cigar twice and both times I was afraid it was about to fall so I broke it off. I normally do not like to do this but again, I thought it would fall in my lap due to it's length. It was so tight that I actually had to apply pressure to it to break it! That's a tight ash! The cigar is approaching medium to full bodied too.

With about 3 inches left the cigar is now one of mainly cedar and rich almond notes. The vanilla notes are subtle. The pepper continues to be very good. For a typical Cuban cigar it's just about at the full bodied point. The finish now has cedar notes with some vanilla and almond notes with lingering pepper. 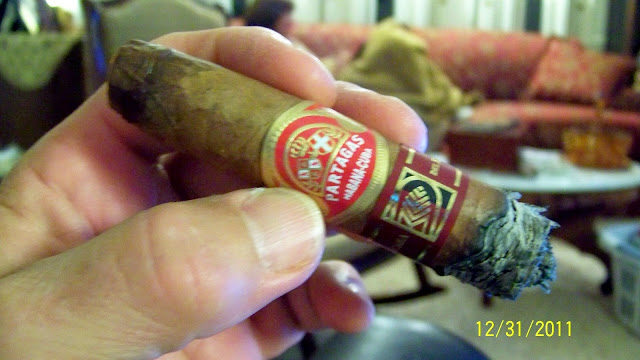 With 2 inches left the cedar notes are again prominent and they are rich! I believe the richness is achieved with the almond notes. The vanilla notes have disappeared at this point but the cedar and almonds are doing quite nicely on their own. The pepper remains great. The finish, however has cedar and vanilla notes along with nice lingering pepper. 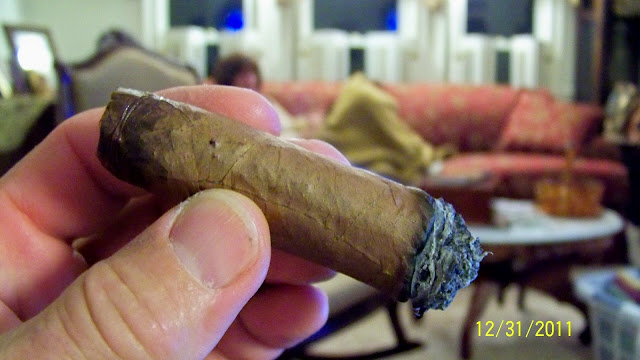 The cigar continued with the same great flavors to the end. This is a monster of a cigar that lasted a little over 2 1/2  hours! It finished fairly full bodied. 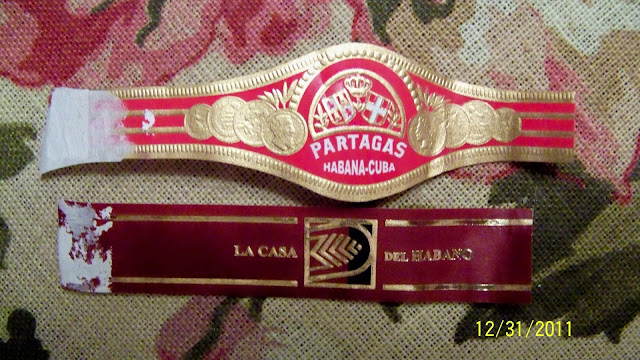 These are only available at La Casa del Habanos so if you can get your hands on one you won't be disappointed!

Tim,
I absolutely agree! I think this is one of the best current production cuban cigars, so you definitely made a good choice! The price isn't a steal (in fact in germany it's only 14€!) but even this price is worth it! You're also right when saying: Everebody who has the opportunity to get one, don't hesitate... or better get you a full box, because I bet with a few years of aging in your humidor this one will be a 95+ rated cigar!
Happy new year everybody!

WHERE CAN I BUY THIS CIGAR IN GERMANY,I AM GOING TO BE SOON IN FRANCE AND TURKEY

THANK YOU MUCH
CLAUDIO

You must go to a La Casa del Habano, which is a Cuban franchise shop. Go to http://lacasadelhabano.com/web/ and search franchises under Germany. There are several shown; 2 pages.