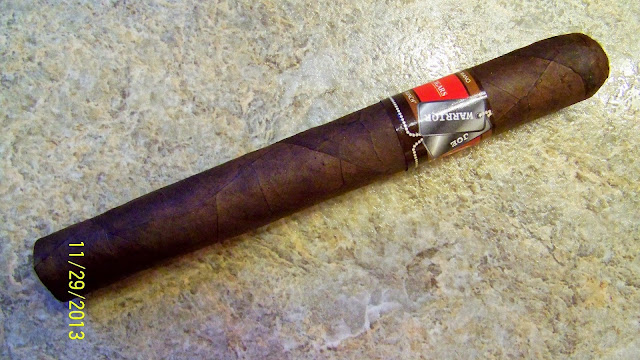 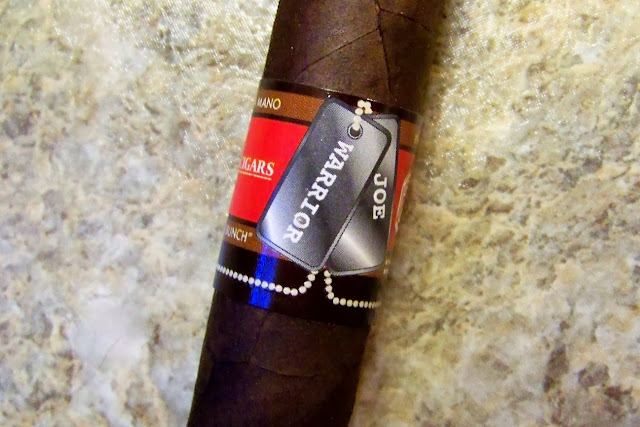 Video review HERE.
This is the October cigar of the month in the Ortega Wild Bunch Series.

This cigar is very dark. It almost looks like a maduro. The cigar is well made and has a nice density. 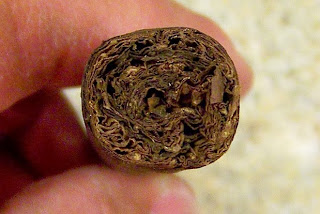 The test draw after cutting the nicely formed cap was very good. The initial flavors were coffee, tangerine citrus with cedar and sweetness, earth, and pepper rated between a 7 and 8. 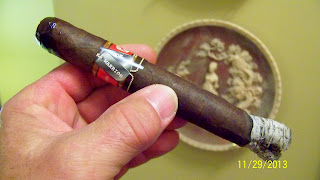 About an inch in the ash began to split. The flavors are about like I described previously. One thing of note is the pepper appears to be a red pepper. The sweet notes of tangerine and cedar have settled down into cedar with tangerine notes. There is a lot of earth and leather notes in a 50/50 split. There are coffee notes at the base. The finish is a standard sweet cream with some lingering pepper. The cigar is medium bodied. 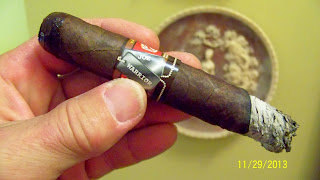 With a little less than 4 inches remaining there are flashes of nutmeg on the front end. The cedar, tangerine, and nutmeg are being overshadowed by the heavy leather and earth notes. They are very prominent. Another interesting thing I'm getting on the finish are graham cracker notes. There is some lingering pepper on the finish but not as much as some of Eddie's other cigars. The cigar is still medium bodied. Overall the cigar has a nice mix. I really like the red pepper aspects on the sweet cedar/citrus/nutmeg notes. 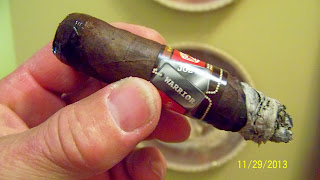 Very close to the band the cigar the heavy leather and earth notes are subdued. They are allowing the other sweeter flavors to come forward. The red pepper is playing very nicely with the cedar and citrus combination. There are not much nutmeg notes anymore. The finish is unchanged.

As the cigar wound down it was obvious that the star of this cigar is the red pepper. The front end flavors at this point are sweet cedar with light citrus notes but the red pepper really make the cigar. There is still a coffee for the base and the earth/leather notes are subdued. The pepper actually elevated to an 8 over the course of the cigar. The cigar remained medium bodied. The finish remained unchanged and was very good with the notes of graham cracker. The final third also had flashes of charred oak on the front end. Again, the star of this cigar is by far the red pepper. It is amazing in this cigar. I loved it! This is one of the best Wild Bunch cigars I've had. Check out these cigars at your local shop before they are gone! 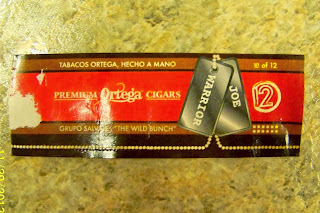