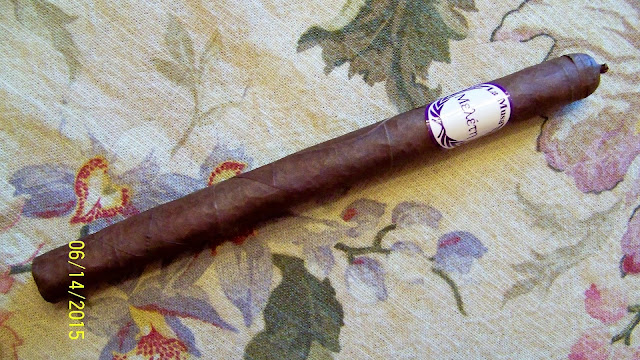 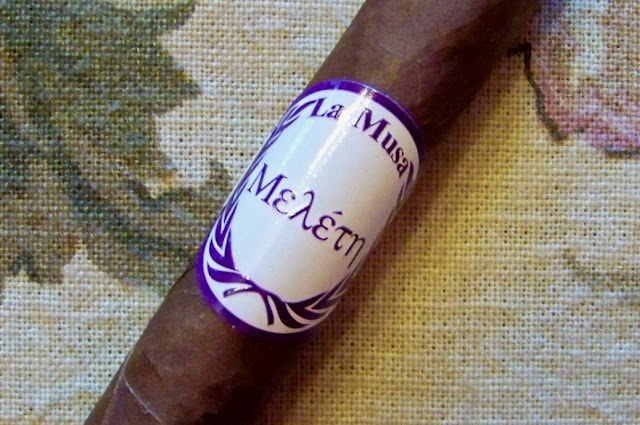 This is the second of the La Musa Melete cigars that I'm reviewing. Back on April 5, 2014 I reviewed the toro size. That cigar scored a nice 92 rating. Lanceros are known to have a more intense flavor, sometimes, due to their small size and the rollers using only the most crucial leaves for the cigar.

La Musa Melete is the second blend in the Greek themed series. Gary Griffith of Emilio Cigars had this to say about Melete:

The Melete blending was completed earlier this year, and yields a somewhat stronger, but equally complex cigar as compared to the original.

As far as the name goes, in Greek mythology, Melete (Μελέτη) was one of the three original (Boeotian) Muses, though there were later nine.

From the House of Emilio website:
Muses are here to inspire. La Musa Cigars pay tribute to a dear friend of ours known to do just that. Mousa, is a unique blend, produced in Esteli, Nicaragua from carefully selected tobaccos. This cigar will be limited in quantity based on harvest conditions. A true masterpiece in the finest
tradition.

This is a Nicaraguan puro. The cigar is extremely well made with no defects. The wrapper has a nice semi-gloss sheen. Here is a shot of the foot. 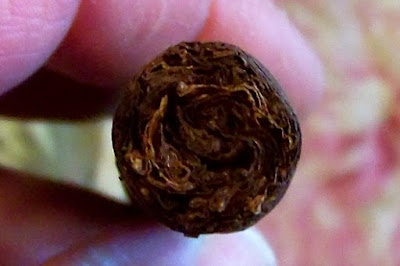 The cigar also has a nice pigtail at the cap. 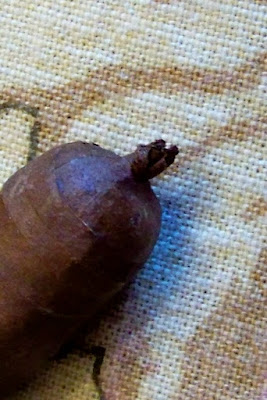 I decided to clip the pigtail instead of twisting the pigtail off the cigar. The test draw was very good with a touch of firmness. The initial flavors were a sweet boysenberry and brown sugar. There also seems to be an underlying flavor of white chocolate. There was black pepper rated at an 8. The finish could not be pinned down at light up so I decided to let the cigar settle down. 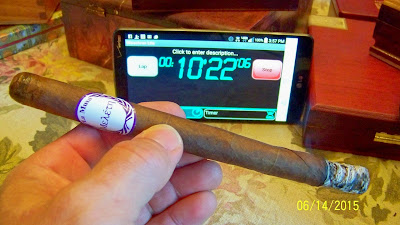 About one inch in the flavors settled down into a buttery sweet cedar and brown sugar. I don't really get the boysenberry and white chocolate notes now. The finish is a buttery cream with a lot of sweetness and nice lingering pepper. Simply put, the flavors are fantastic! 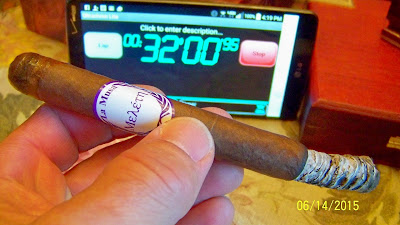 About 3 inches in the white chocolate notes are back! The other flavors are about the same. The white chocolate gives the cigar a thick depth. These flavors are so sweet they remind me of a buttery cream icing on a cake. These flavors carry over to the finish also. There is now a touch of toasty notes on the sweet, buttery cream. The cigar is the high end of medium bodied at this point. The cigar is burning very evenly. 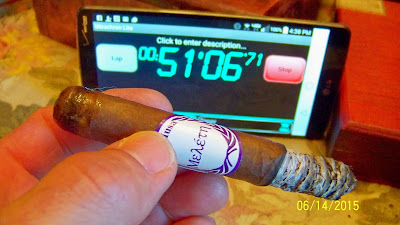 With about 2 1/2 inches remaining the brown sugar has taken over. It is thick and deep. The cedar is still there and the buttery notes give the cigar some richness. There are cream notes to mellow it out. The cigar is now full bodied. The finish is about the same and amazing tasting. 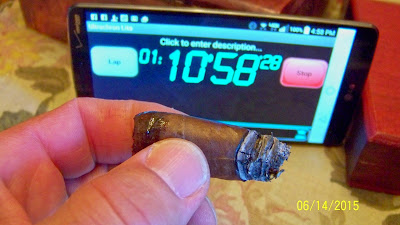 At the end there was a high concentration of sweet cedar, butter, and brown sugar. The flavors are fantastic. The finish is still great. The cigar is definitely full bodied now. This has been a fantastic cigar and I liked it better than the toro previously reviewed. You simply must try this cigar even if you're not a lancero fan. The flavors are intense and extremely pleasing! 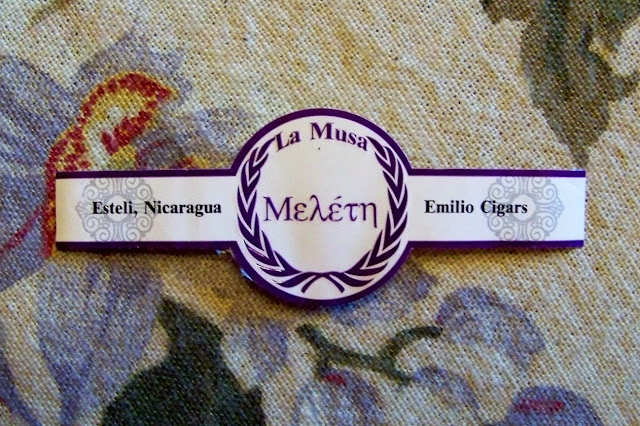 Hey Tim, do you have any idea where I could pick up a box of these? I've looked everywhere and can't seem to find them... Any help would be appreciated. Thank you.

These cigars are (for the most part) only available at brick and mortar shops. Any shop that handles House of Emilio cigars will have them. One of my local shops handles HOE cigars so you could contact them or check your local shops. My local shops is The Cigar Box; (803) 252-0084.