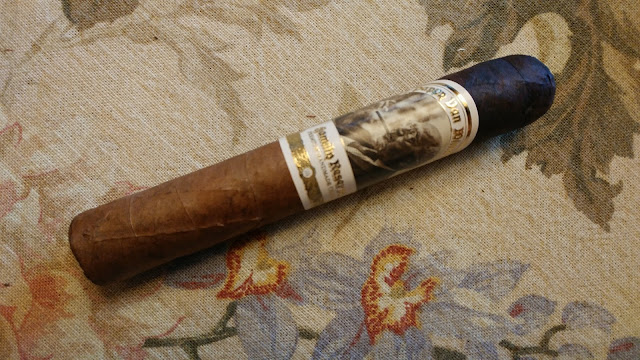 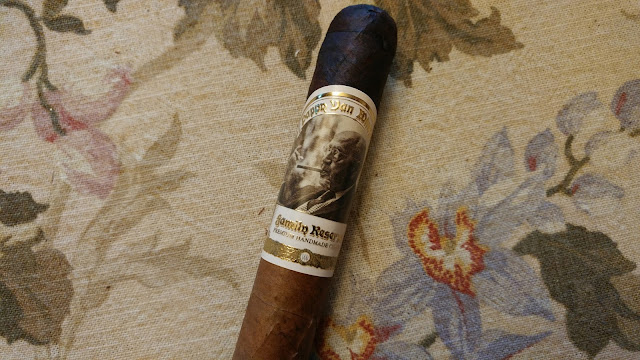 (Description taken from Cigar-Coop.com website)
Late in 2014, Drew Estate announced a partnership with Pappy & Company to produce a small batch cigar line to be distributed exclusively by Pappy & Co. The concept of this project would be to create a cigar could be paired with Pappy & Company’s Van Winkle bourbon and rye products. The resulting line would be known as the Pappy Van Winkle Family Reserve Barrel Fermented Cigars. The first two sizes of the Pappy Van Winkle Family Reserve Barrel Fermented line would be in the form of a Robusto and Toro.

There are two key innovative features that went into this blend. For starters the company incorporates some of its Kentucky-grown Fire-Cured tobacco into the blend. After the Kentucky tobacco undergoes a fire curing process, it is then put into barrels where it is not simply aged, but fermented right in the barrel. The actual fire-curing and fermentation processes take place in the U.S. before the tobacco is sent to Drew Estate’s La Gran Fabrica in Nicaragua.

The use of Fire Cured tobacco is not new to Drew Estate as they have incorporated it into its Kentucky Fire Cured line. Most cigars utilize air curing. This where where the tobacco is hung in a barn for several weeks to remove moisture from the leaf. With Fire Cured tobacco, hardwoods are kept on continuous, low smoldering flames to remove the moisture. Typically this process is used for pipe and chewing tobacco. Fire-cured tobacco is cured quickly and it results in a smokey, camp-fire like flavor in the final product.

The barrel fermented Kentucky tobacco is incorporated and used as a “tapa negra” wrapper over a Mexican San Andres base wrapper. The name “Tapa Negra” translates to black cap and this name is appropriate because the Kentucky wrapper rests on the cap of the cigar creating a segmented wrapper effect.

Pappy Van Winkle Family Reserve Barrel Fermented Cigars are available in three sizes limited production sizes. Each of these sizes are available in ten count boxes. The Limitada size is a vitola that is reminiscent of a Liga Privada Unico Serie Feral Flying Pig. At the time of this assessment, the The Pappy Drew Limitada is only being sold in three packs and is available as gift when consumers purchase at least one box each of the Churchill, Toro, and Robusto sizes.

The cigar looks very cool with the two wrapper colors. The Tapa Negra wrapper is somewhat oily. The cigar has an average feel in the hand for a cigar of this size. 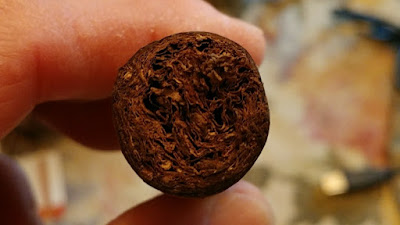 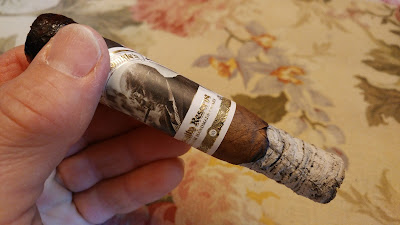 1 1/2 inches in (17 minutes) the flavors are about like I described in the first segment but now there are some sweet cedar notes and hickory smoked flavors. The cigar is medium to full bodied. The finish is marshmallow cream with brown sugar and lingering pepper. This is a nice, sweet cigar. I was close to the band so I removed it and exposed the Tapa Negra wrapper which ran about 1 1/2 inches from the cap. 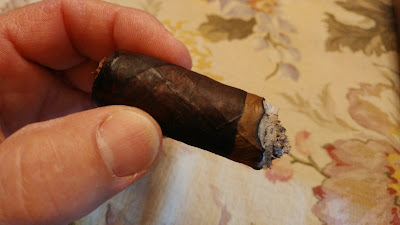 With about 2 inches remaining (36 minutes in) I am about 1/4 inch from the Tapa Negra wrapper. The flavors are about the same with more of that hickory/smokey flavor and black coffee notes. This is the first time I got coffee notes in the cigar. You still have plenty of the marshmallow cream, brown sugar, caramel, and cedar. The cigar is still medium to full bodied but it's moving up. The finish is unchanged. This cigar has surprised me. If there were any thoughts that this was a gimmick cigar you can forget it! It's the real deal. These are $13 apiece and available in 10 count boxes on the Pappy Van Winkle website. 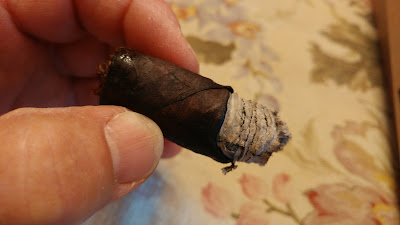 With about 1 inch remaining (47 minutes) I'm into the Tapa Negra wrapper. The flavors are now heavy with black coffee, or you may even call it espresso. It's the dominate flavor. I could still taste sweet cedar but the other flavors were too overwhelmed. The pepper remained very good. The cigar is now full bodied. The finish has coffee influence on it also. 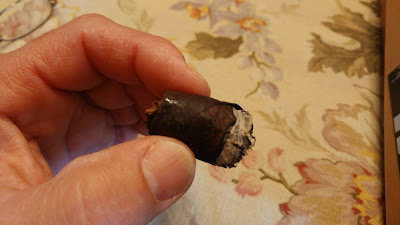 The cigar ended at 55 minutes. There were still heavy coffee, or espresso notes at the end with more sweet cedar. It increased in the final inch or so. It has some nice sweet brown sugar with it. The pepper was still very good. The cigar was full bodied. The finish was unchanged from the last segment. I was very impressed with this cigar. Drew Estate did a great job for Pappy Van Winkle. This was my first experience smoking this cigar. It was actually sent to me by Eric Webster, a friend of mine from Charlotte, NC. Thank you very much for sending 2 of the to me. It has been fantastic. I highly recommend you try these. You will not be disappointed. Fantastic cigar! 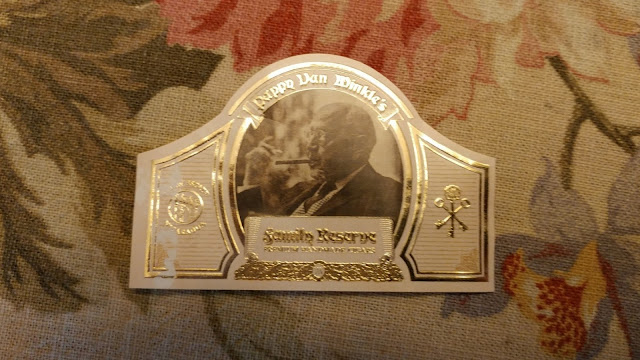 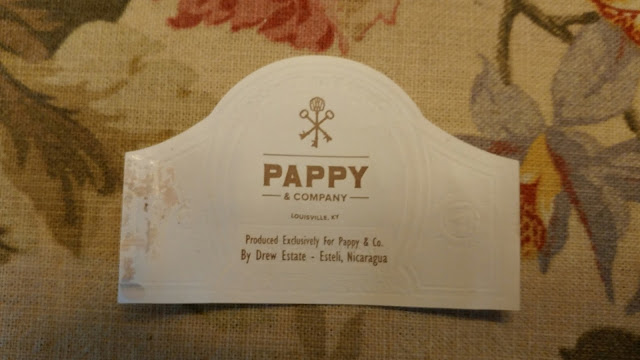