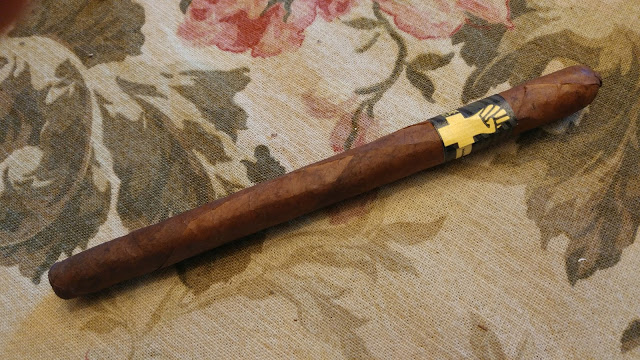 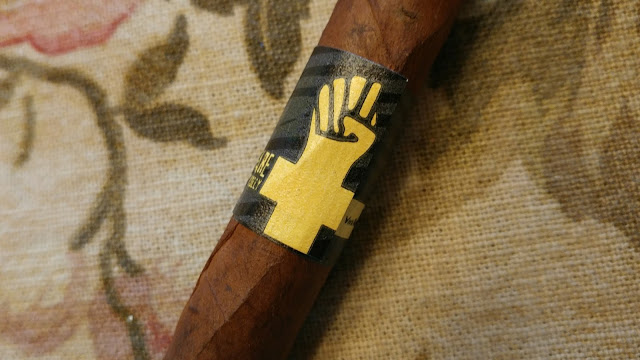 (Description taken from Cigar-Coop.com website)
At the 2016 IPCPR Trade Show, Viva Republica showed off a new line extension to both its Guerrilla Warfare and its Advanced Warfare lines in the form of a lancero. Both line extensions become the third vitola to each of the lines.

This cigar looks just like a pencil. It is long and thin. Here is a shot of the foot. 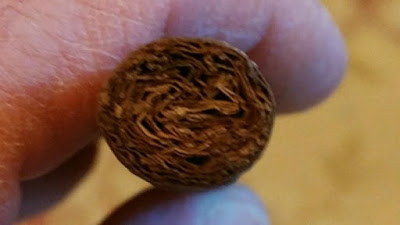 The test draw after cutting the cap was just a bit firm but very workable. The initial flavors were a very sweet cedar and loaded with brown sugar and sprinkles of cinnamon. There was also some caramel mixed in. The cigar is almost buttery rich. There was ample black pepper which I rated at an 8. It lingers very nicely on the finish, which is one of a caramel and cream flavor. 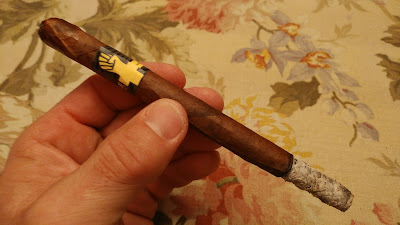 1 1/2 inches in (11 minutes) I am changing my mind on one point. There is so much tangy sweetness in the cigar I am now saying it is an orange citrus instead of a cedar. The cedar may be laying dormant but for now it is definitely an orange citrus. The sweetness in this cigar is at a 10. It is very sweet. Almost candy-like. The pepper is amazing. I love black pepper in a cigar and this one has it! The cigar is medium bodied at this point. The finish is unchanged. The two stars of this cigar are the massive sweetness and the massive black pepper. 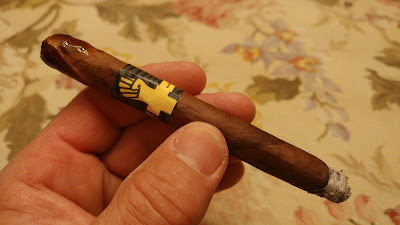 2 inches in (19 minutes) there is now chocolate and black coffee. To be honest they may have been there in the beginning but the overwhelming sweetness might have overshadowed them. The dark notes actually add some roundness to the cigar. The finish continues to be very pleasing also. 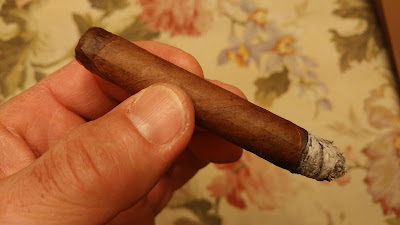 At the midpoint (35 minutes) the caramel notes are really coming out. The main front end flavor may be orange citrus or it may be cedar. There is plenty of brown sugar, caramel, and cinnamon. The chocolate and coffee continue to round out the cigar and add depth. The pepper remains very good. The cigar is moving toward medium to full bodied. 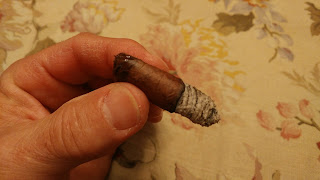 The cigar lasted one hour. The orange citrus is definitely gone. The cedar is very light. The main flavors now are massive amounts of caramel, brown sugar, and cinnamon. The pepper has to be close to a 9 at this point. The coffee and chocolate continue to hold a nice base. The cigar is medium to full bodied now. The finish is unchanged. This has been a very, very good cigar and different from the corona, which I reviewed in August of 2015. That cigar got a score of 95. This cigar, while a little different, is equally as good. I loved it. Put this on your must try list. 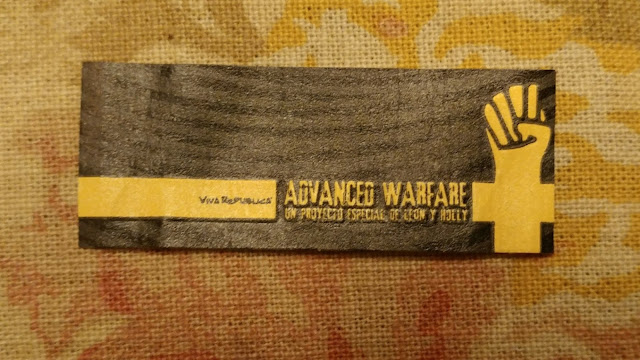