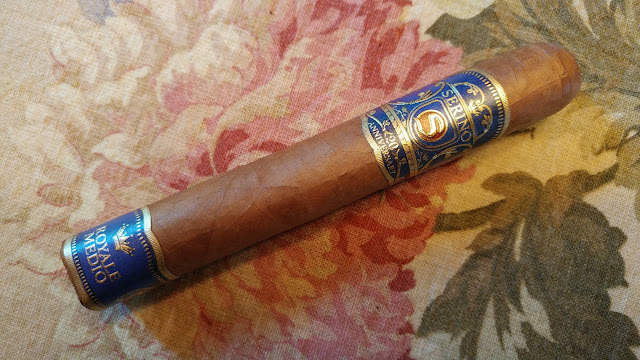 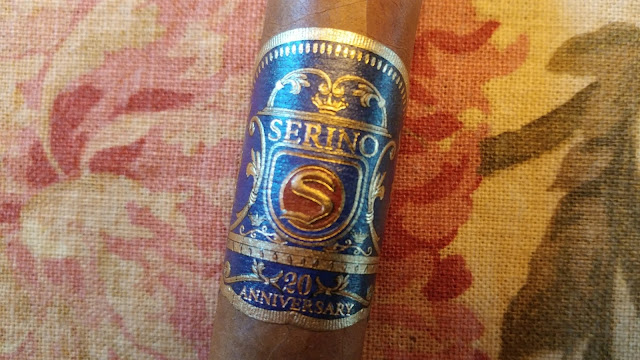 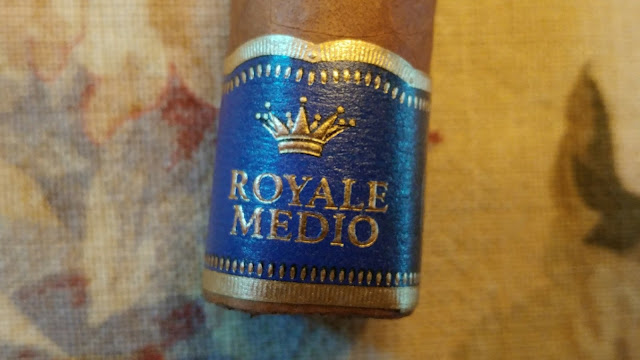 (Description taken from Cigar-Coop.com website)
Serino Cigar Company has announced it has entered the premium cigar market segment. The company has announced it is releasing four blends under its Serino Royale line. The company will be partnering with a familiar name in the cigar industry, Omar González Alemán of La Corona Cigars S.A. to produce the cigars. Plans are to officially launch Serino Royale at the 2016 IPCPR Trade Show this July in Las Vegas.

Serino is run by Tony Serino, who serves as President of APS Distributors and Serino Cigar Company. The launch of Serino Royale is a culmination of a 20 year effort. Originally Serino and his team were involved with importing and selling “daily smoke” bundles cigars. By learning and building relationships, he soon was involved with producing premium boxed cigars.

In a press release, the company explained why they selected González, “To justify the investment and production of a super premium blend requires a partner that not only has the blending talent but also total control of the production from sowing the seeds to banding and boxing the blends. We have finally found that partner which offers us vertical integration.”

In April, 2017 I reviewed the Connecticut version of the Serino Royale. It had an impressive score of 92. Today I am reviewing the habano version, or as they call it, the Medio. This size is a great size and has a nice feel in the hand. 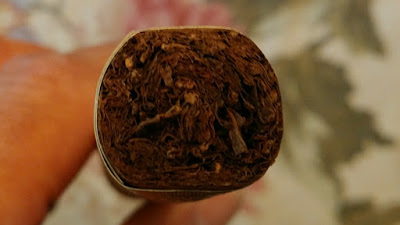 The cap is finished in a tight small pigtail. 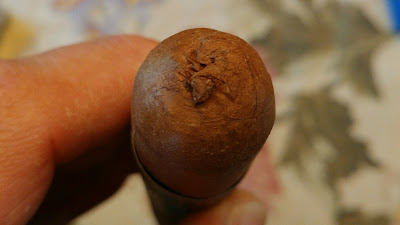 The wrapper has a slight shine and again, the cigar has a nice, dense feel in the hand.

The test draw after I snipped just below the pigtail was perfect. The initial flavors were a nice orange citrus central flavor surrounded by honey, brown sugar, cinnamon, cream, light leather, and light black coffee. The pepper was black and rated at an 8. The finish at this early stage is one of honey, light leather, and pecan with nice lingering black pepper. I would call that a very good start. 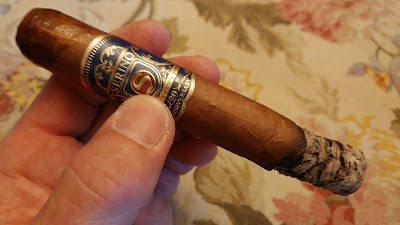 Close to 2 inches in (32 minutes) I am getting a great burn time. All the flavor notes as previously described are still in play and mixing very well. The flavors are very even. You can easily pick out each one. The honey notes give a very thick sweetness to the cigar. The leather and coffee notes are at a perfect amount. Neither detract from the sweet notes and in fact, they add a great base to the cigar. The cigar is medium bodied at this point. The finish is unchanged. 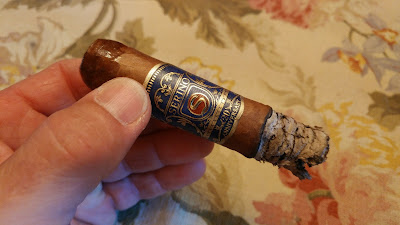 Just beyond the midpoint (55 minutes) the flavor notes are still the same but at times you get slightly more of one of the other but nothing that hurts the cigar. The cigar is now medium to full bodied. I'm still impressed at the perfect level of leather and coffee notes. The cigar continues to be very balanced. The finish continues to be unchanged. 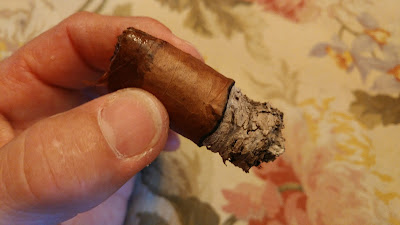 The cigar lasted 1 hour 32 minutes. A fantastic time for a 5 3/4 inch cigar. The amazing flavors continued right to the end. The cigar was consistent and balanced. What more can you ask? The cigar ended at a solid medium to full bodied. I thoroughly enjoyed this cigar. These are on my "get more" list. Being critical the cigar could have had more richness and a touch more pop but that's being hyper critical. This is a great cigar and should be on your list to try also. Fantastic cigar. 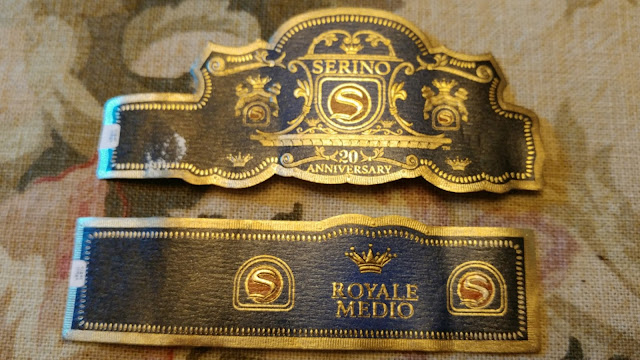