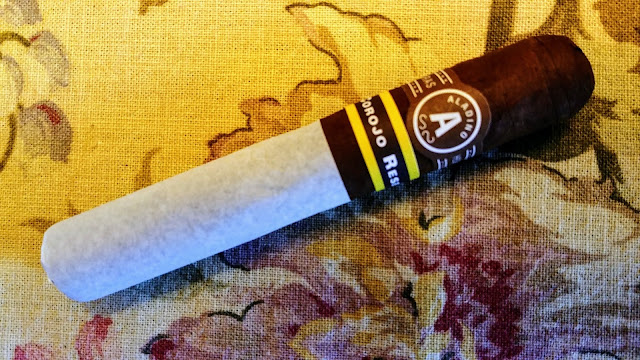 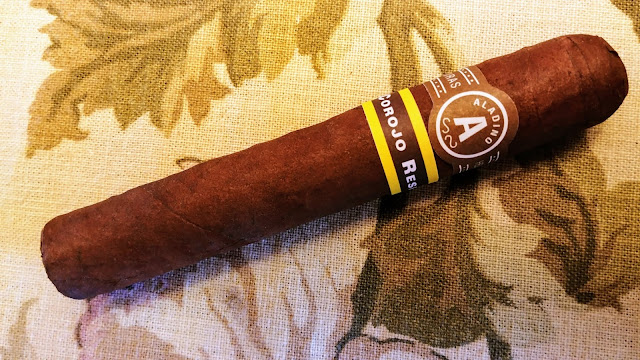 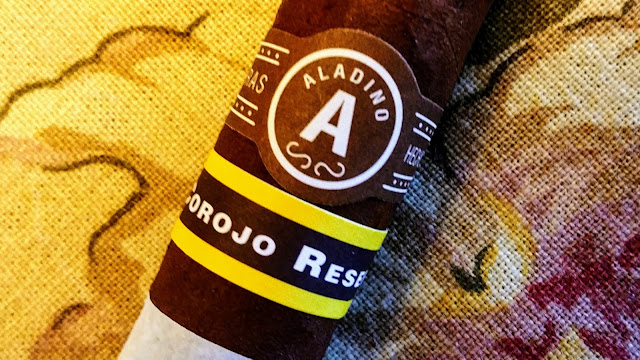 (Description taken from Cigar-coop.com website)
This was William Cooper's, also know as Cigar Coop, number one cigar for 2018. That got me interested since I was unfamiliar with the cigar. I did not read his review of the cigar but since he picked it number one I wanted to try it. As you know, Coop is generous enough to allow me to use his descriptions of most of the cigars I review and for that I am very grateful.

JRE Tobacco Company is owned and operated by the father and son team of Julio R. Eiroa and Justo M. Eiroa. The Aladino name can be traced back to the 1970s. There was a historic movie theater in Danlí, Honduras known as El Cine Aladino. This theater was operated by Christian and Justo Eiroa’s grandfather. Today, Christian owns the Aladino factory, which is in the theater’s former location. Aladino is also the name that Julio Eiroa chose to name one of his brands. When Aladino was released, this was a brand positioned as delivering a classic, “old-fashioned” cigar experience reminiscent of those during the “golden age” between 1947 and 1961.

The Aladino Corojo Reserva consists of 100% Authentic Corojo grown on the Eiroa Tobacco farm. The blend incorporates high priming corona into the blend.

Vitolas Offered
The Aladino Corojo Reserva is available in one size – a 5 x 50 Robusto. Each is presented in 20-count boxes.

The cigar is a chocolate brown. For a robusto it has an average feel in the hand. 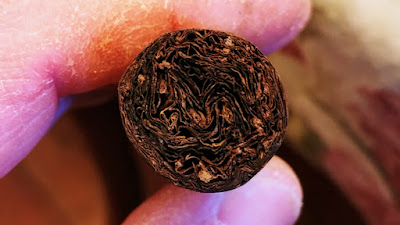 The test draw after cutting the cap was very good. The cold draw had notes of sweet hay. The initial flavors at light up were very powerful. Not in strength but the black pepper immediately gets your attention. I rated the pepper at the outset at 8 1/2. Retrohaling will bring out a massive amount. There was a nice cedar, a lot of cinnamon, and sweet caramel. There is so much black pepper the sweetness is a little hidden at the outset. There is a nice black coffee base and bridging the sweeter flavors and the black coffee is unsalted almond butter. Nice, unusual start. 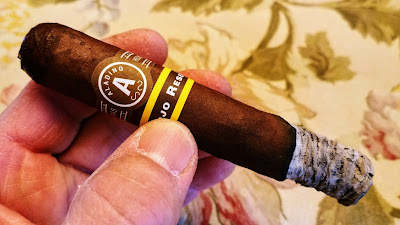 At the first third (18 minutes) I noted dry cocoa notes in the mix of the front end and also on the finish. The original flavor notes are still in play including the rarely found almond butter. The cedar, cinnamon, and caramel give the cigar the sweetness it's going to have. It has plenty of sweetness but it's not crazy sweet. The pepper is still very good on both ends. The finish is dry cocoa and caramel with a nice amount of lingering black pepper. The cigar is medium to full bodied. This is a very good and slightly unusual cigar. I rated the first third at 94. 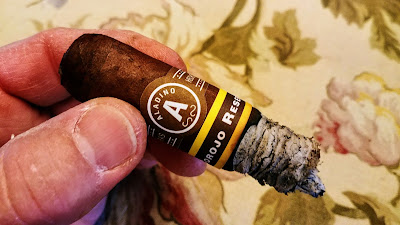 At the second third (43 minutes) the sweetness is up. The caramel notes are very sweet and along with the tingly cinnamon and tasty cedar the cigar is nice and sweet. The black pepper has slightly decreased. I'd put it at 7 1/2 at this point. Still very good but definitely lower than the outset. I still had the dry cocoa mixed in or along with the almond butter. The black coffee continued to hold the base. The finish is unchanged. The cigar is still medium to full bodied. The cigar continues to be very good and quite unique. The added sweetness moved me to raise the second third score to 95. 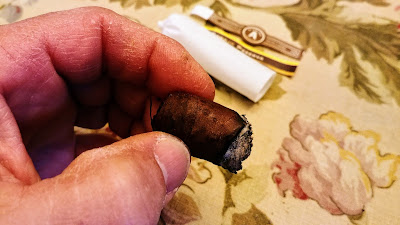 The cigar lasted 1 hour 10 minutes. In the final third I lost some of the nice sweetness that I had in the second third. The cigar seemed to revert back to the flavors of the first third. The dry cocoa notes elevated along with the black coffee. The cigar turned a little dark. I also noticed a decrease in the caramel notes. The cedar and cinnamon remained about the same as before. The black pepper was still pretty good at around a 7 1/2. The finish has change a little. It had more of the dry cocoa and less sweetness of caramel but the lingering black pepper was still good. The cigar remained medium to full bodied. I rated the final third at 94 with the decrease of sweetness. This is a very good cigar well worth trying. 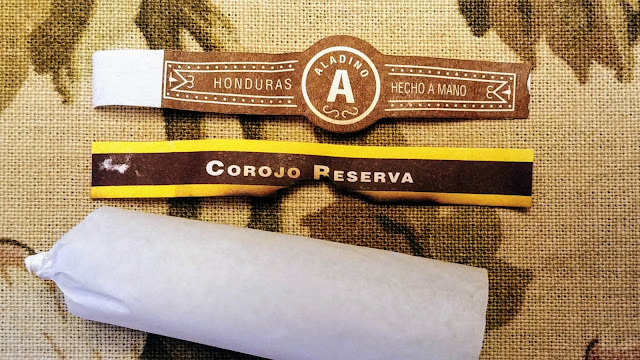