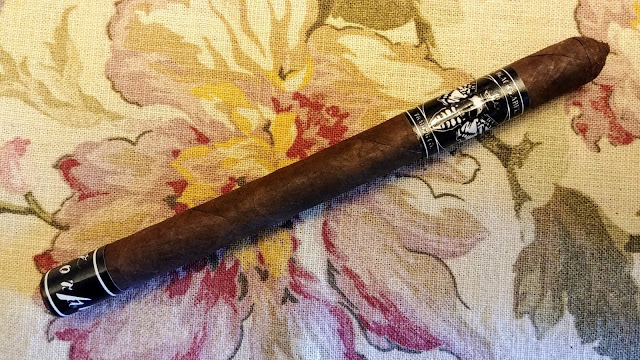 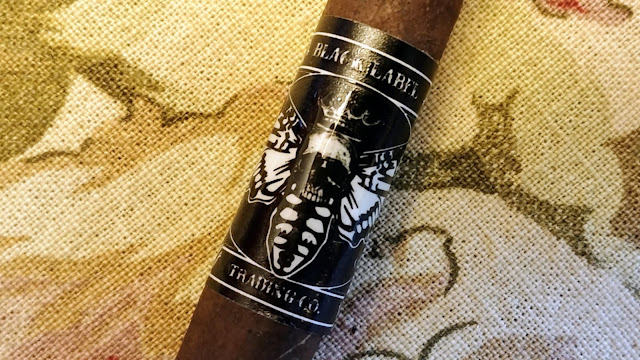 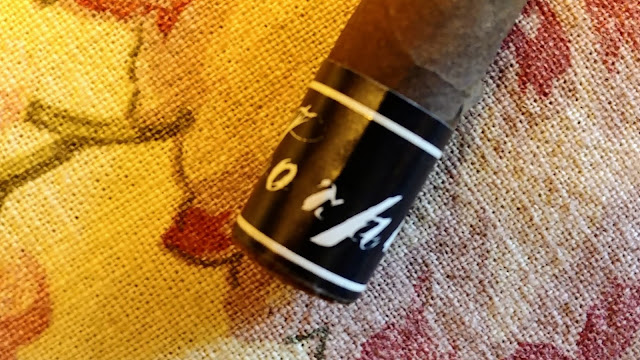 “I can’t believe it’s been six years since our first Morphine release. To celebrate we have brought back one of my favorite vitolas, the 7×38 Lancero. The other vitolas are old favorites also, the short Robusto and the Box Pressed Corona Gorda. This years vintage is rich and earthy with bold spice on the retro. The key note flavors are raisin, black cherry and a big blast of anise on the finish. This vintage is one of the best yet!” said James Brown, creator of Black Label Trading Company and partner at Fabrica Oveja Negra in a press release.

The cigar is dark and pencil-like; long and thin. It has an average feel in the hand for a lancero. 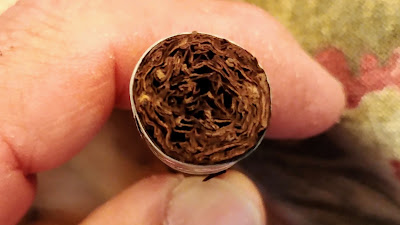 The test draw after cutting the pigtail cap was very good. The initial flavors at light up were a tangy citrus/cedar combination, brown sugar, some cinnamon, quite a bit of nutmeg, light leather, sweet chocolate, and black coffee. There was nice black pepper initially rated at an 8. 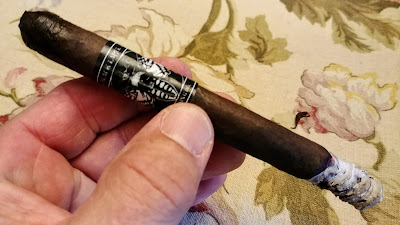 At the first third (23 minutes) there is more of a cedar flavor rather than citrus/cedar. I still had nice brown sugar, cinnamon, leather, nutmeg, chocolate, and black coffee. The leather and nutmeg seem to be combining to make a nice flavor. The black pepper remains very good. The finish is nutmeg, a little brown sugar, and chocolate with a nice amount of lingering black pepper. The cigar is close to full bodied so I'll call it full bodied. There is a creaminess to the nutmeg and leather combination that is very nice. There is substantial sweetness as well as substantial dark notes. The cigar is in a nice balance right now. The cigar is powerful tasting and powerful feeling. I rated the first third at 94. 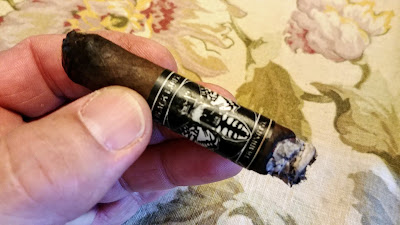 As I completed the second third (40 minutes) the cedar was somewhat subtle but the brown sugar was still coming through along with some tingly cinnamon. There was light to medium leather, nutmeg, chocolate, and black coffee. The pepper was still good. The cigar is definitely full bodied. The finish is pretty much unchanged. I like the creaminess of the nutmeg and leather. It's quite pleasing. Even with the dip in cedar the cigar did not lose anything. I held the rating of 94 for the second third. 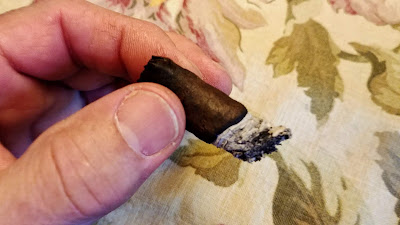 The cigar lasted 56 minutes. In the final third the sweetness decreased. The leather notes and chocolate notes also decreased. The black coffee notes increased. There was very little cedar, some brown sugar but in a decreased amount, a little cinnamon, a lot of nutmeg, decreased chocolate, light leather, and a lot of black coffee. The finish has a lot more nutmeg now but there is still sweetness there. The cigar is very full bodied. This has been a very good cigar and it's a tick better than the short robusto. I lowered the final third rating to 92. You can purchase these cigars HERE. 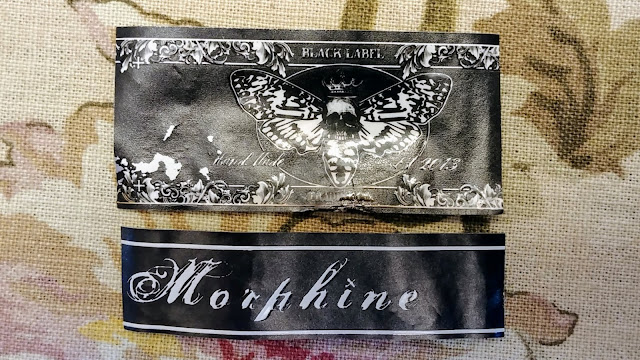