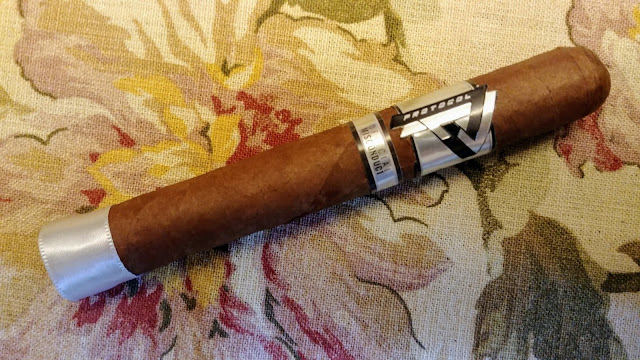 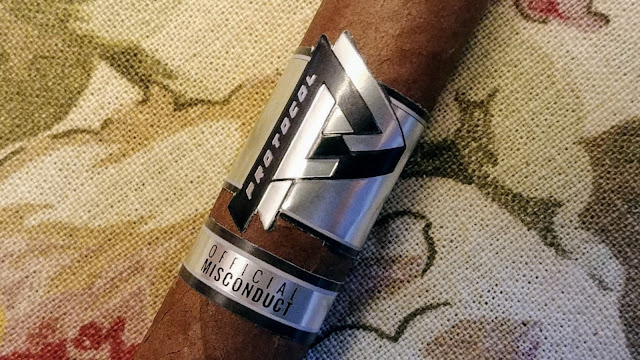 The Protocol Official Misconduct Corona Gorda comes in a 5 5/8 x 56 format and will become the second size in the line joining the Toro that was released last year. Like the Toro, the Corona Gorda features an Ecuadorian Habano wrapper over Nicaraguan binder and fillers from the Estelí and Jalapa regions of Nicaragua. Production is handled at the La Zona factory located in Estelí, Nicaragua.

The cigars will be presented in ten-count boxes with pricing set at $99.40 MSRP per box.

The cigar looks very nice and is a great size. It has an average feel in the hand for a cigar of this size. 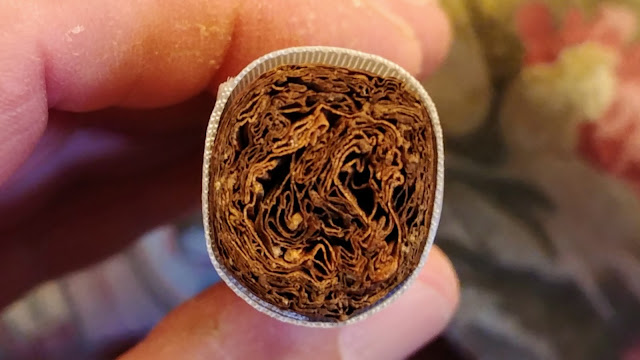 The test draw after cutting the cap was very good. The initial flavors at light up were noted immediately. It takes no time to wait for the flavors to develop. They are a nice, sweet, tangy, almost candy-like orange citrus, tons of cinnamon, brown sugar, white chocolate, some nutmeg, and a rather light black coffee base. There is an incredible sweetness in the orange citrus, white chocolate, and brown sugar. There was black pepper initially rated at 7 1/2. Really nice, sweet start. 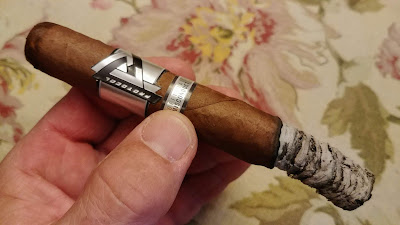 At the first third (19 minutes) the flavors continue to be amazing. The orange citrus is extremely sweet. The brown sugar is in the perfect amount. The white chocolate is still there also. The cinnamon is very intense. The black pepper is moving up. The cinnamon, nutmeg, and black pepper combine to make an amazing flavor. The black coffee base is still somewhat subtle but in a nice amount. It gives the cigar depth but is not overpowering. The cigar is medium to full bodied. The finish is one of citrus, brown sugar, nutmeg, and what I would call a cinnamon residue with nice lingering black pepper. This cigar is very impressive and is hitting on almost all my cylinders. I rated the first third at 96. 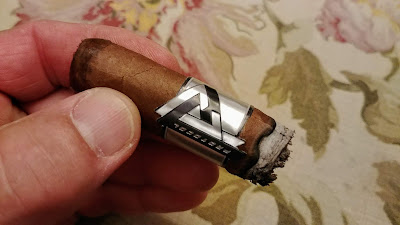 As I moved through the second third (41 minutes) the only change was the white chocolate notes became subtle. The cigar remained very sweet. The black pepper and black coffee have intensified. The cigar remains medium to full bodied. The finish is about the same in flavors but the percentages have changed; a little more nutmeg followed by brown sugar and cinnamon. The cigar has not lost a beat in enjoy-ability. I easily maintained the rating of 96 for the second third. 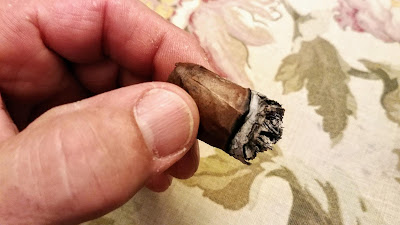 The cigar lasted 1 hour 2 minutes. I gave the cigar every chance to drop. I smoked it to the point of almost burning my fingers. But the cigar did not yield. The only change in the final third was the addition of caramel. It seems the white chocolate was morphing through the second third into a nice, sweet caramel. Take the flavors in the second third and add caramel. You have sweet, tangy orange citrus, brown sugar, caramel, cinnamon, nutmeg, and black coffee, which elevated in the final stages giving the cigar a nice depth. The cigar is a low grade full bodied. The finish is unchanged. This is a very good cigar. I very much enjoyed it. Juan, Bill, and the folks at La Zona came up with a fantastic cigar in the Official Misconduct Corona Gorda. Simply fantastic. I held the rating of 96 for the final third. Don't miss this cigar in the midst of all the new cigars this year from Protocol. You'll be sorry if you do. To get these amazing cigars you can purchase them HERE. 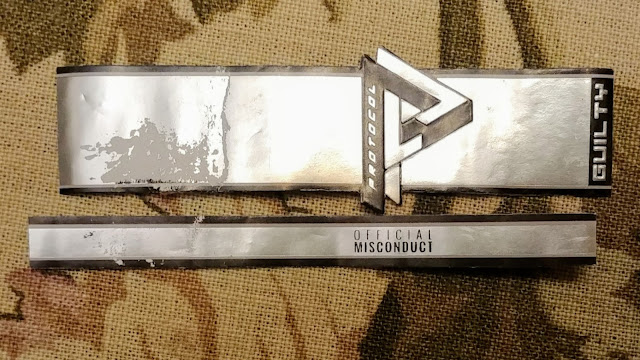