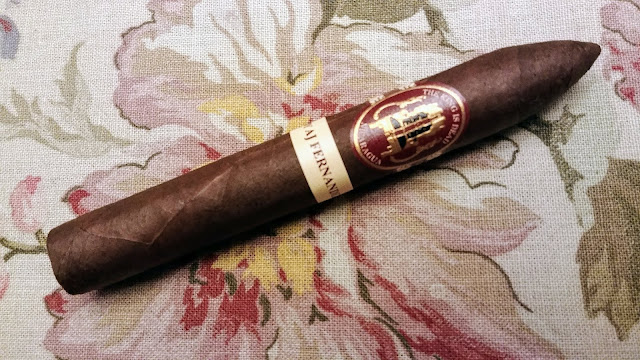 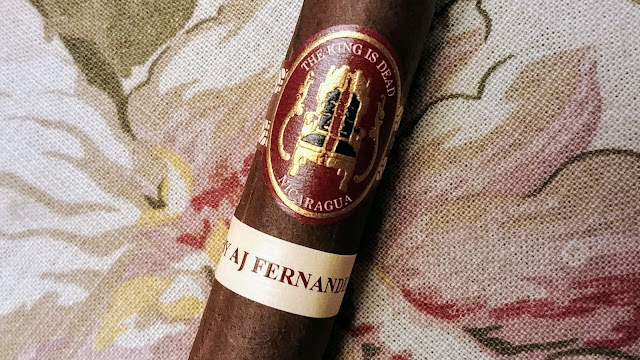 This is a secret venture between Caldwell and A.J. Fernández. The blend is a Nicaraguan interpretation of the blends. AJ Fernandez blended these as Nicaraguan puros and only created a very limited amount of each, 250 boxes of each size in this release. The cigar is a Nicaraguan puro featuring a rich Nicaraguan Maduro wrapper, with an aged Nicaraguan core.

The cigar has a nice, dense feel in the hand. 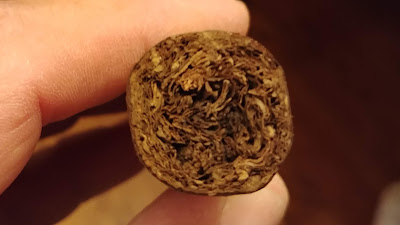 The test draw after cutting about 1/4 inch of the pointed cap was a bit firm so I decided to use my PerfecDraw tool to open the air flow a little. I only had to go about an inch in and the draw was very good. The initial flavors at light up were citrus with a citrus peel, some brown sugar and cinnamon, light nutmeg, and a lot of semi-sweet dark chocolate and black coffee. The black coffee is almost to the point of being an espresso. There is some sweetness in the chocolate. There was black pepper rated at 7 1/2 to 8. You have sweetness from the orange citrus and the dark chocolate. There are a lot of the darker notes in this cigar. 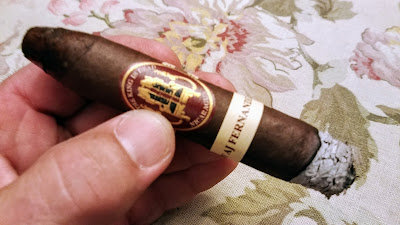 At the first third (31 minutes) the intensity of the citrus notes has increased. It actually became noticeable around the one inch point. I still had the same overall flavor notes. The coffee is now more of a dark roasted, full bodied coffee and no longer something close to an espresso. The cigar is medium to full bodied. The finish has quite a bit of nutmeg, unsweetened dark chocolate, and coffee with a nice amount of lingering black pepper. The sweeter notes increasing really make the cigar nice and they go nicely with the heavy darker notes of semi-sweet dark chocolate and black coffee. The cigar is rather impressive in the first third. I rated the first third at 94. 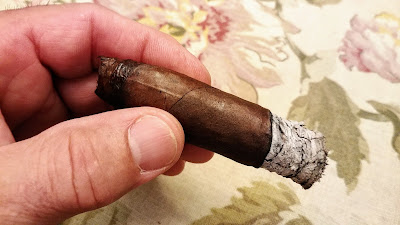 At the second third (1 hour 4 minutes) I noticed I was getting a very good burn time out of this cigar. At this point the nutmeg notes are very noticeable. The dark chocolate and black coffee continue to be a heavy player. The citrus notes are still sweet and they have some twang to them. The cigar is now full bodied. There is some nice brown sugar and cinnamon in the cigar. The cigar now has all the notes of a nice maduro Nicaraguan cigar. The finish is unchanged. The cigar has moved laterally on the scoring scale so I maintained the previous score of 94. 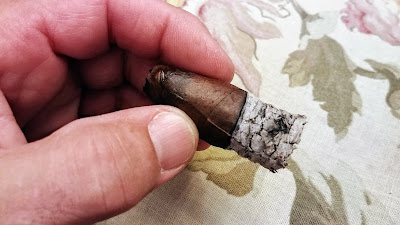 The cigar lasted an impressive 1 hour 30 minutes. In the final third the nutmeg notes were quite heavy and they took away a little sweetness. All the flavor notes were still in play but the cigar took a little turn. The sweetness dropped just a tad. By the way, the finish is unchanged and the cigar is full bodied. So, I dropped the score to 93. Both the natural and the maduro versions are very good. After sampling them several times I actually bought a box of each. Although the natural version actually won the battle of the two cigars they are very close to equal in enjoyment. These are available but they are rather limited so don't hesitate too long to pick them up for yourself. AJ did a great job with his interpretation of Caldwell's blend using a Nicaraguan theme in these cigars. 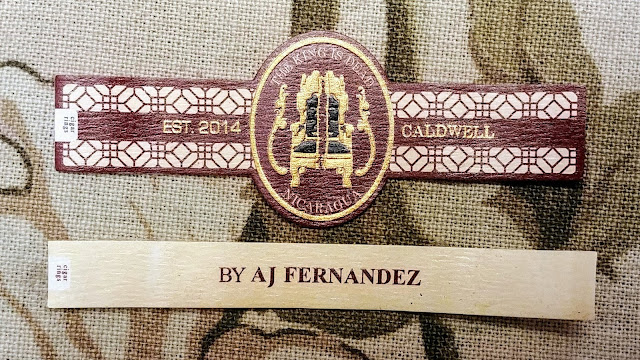 Around $12 each on Smallbatchcigar.com
The are available in 5 packs there.