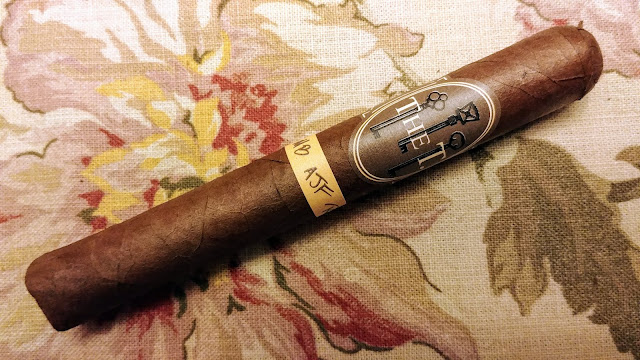 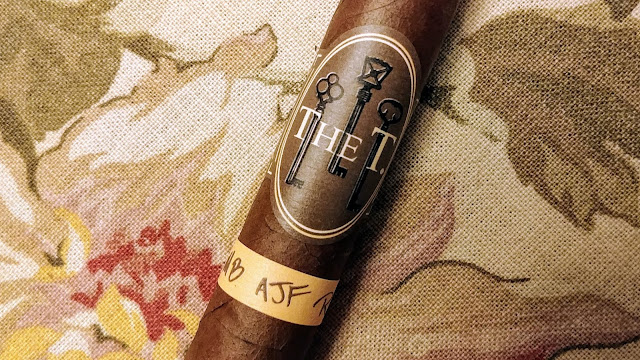 (Description taken from Cigar-Coop.com website)
t the 2019 IPCPR Trade Show, Matt Booth and Robert Caldwell launched “The T Habano”. It’s the third installment under their collaborative brand “The T” which is produced at Tabacalera AJ Fernandez in Estelí, Nicaragua.

The T Habano consists of a  Habano Sun Grown wrapper over Nicaragua binder and filler. The cigar is available in four sizes – each presented in 20-count boxes.

The T was originally launched in 2017 as one of the collaborative brands between Booth and Caldwell being done in conjunction with AJ Fernandez at his factory. The T Habano joins The T Original (Maduro) and The T Connecticut. Both Booth and Caldwell have said this is the final installment under The T line.

The cigar is very well made and a medium brown in color. It has an average feel in the hand. 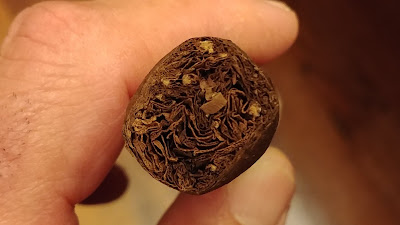 The test draw after cutting the cap was good. The initial flavors at light up were a blast of black pepper which I rated at 8 1/2. I expect it to tone down but initially it is amazing. In addition to the massive amount of black pepper there was orange citrus, caramel, leather, brown sugar, cinnamon, nutmeg, and black coffee. Pretty good start. 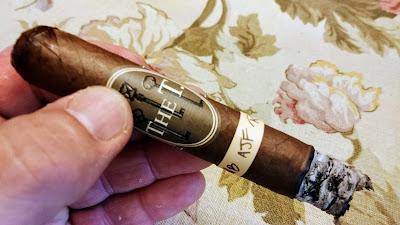 At the first third (25 minutes) the black pepper has toned down to around 7 1/2. Much more of a normal amount. The leather is quite light and almost unnoticeable but it's there and it's light. There is, however, quite a bit of orange citrus which combines quite nicely with the nutmeg, brown sugar, and cinnamon. There are still caramel notes giving the cigar sweetness. The finish is caramel and nutmeg with quite a bit of lingering black pepper. The cigar is a high grade medium bodied. This is a very tasty cigar. The flavors with the high amount of black pepper make a very appealing cigar for me. I rated the first third at 94. 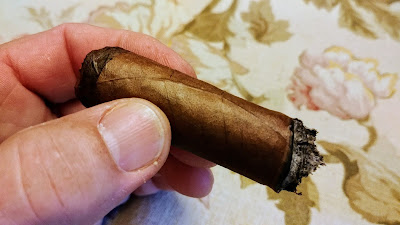 At the second third (53 minutes) the leather became much more noticeable but it's still not intrusive. It helps the cigar. With the increase of leather notes there was a slight decrease in citrus sweetness. In fact, the black coffee also rose slightly. The cigar is medium to full bodied. The finish is a little sweeter with caramel and nutmeg. The lingering black pepper remains pretty good. The overall flavors are very nice and with the elevation of darker notes I lowered the second third score slightly to 93. 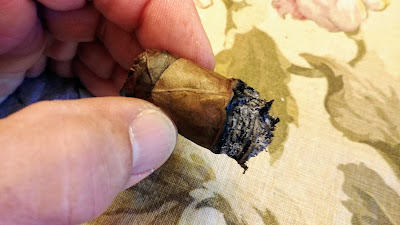 The cigar lasted 1 hour 16 minutes. The cigar stayed consistent and had a slight decrease in sweetness. The leather and black coffee continued to make slight rises. The main flavor is more of a cedar now with brown sugar, cinnamon, and light caramel. The pepper remained very good and finished around 7 1/2. The finish is unchanged. The cigar ended at medium to full bodied. This was a good cigar that only slightly tailed off from the first third. This is definitely a cigar I would smoke again. I rated the final third at 92. I still prefer the original T but this is a close second. 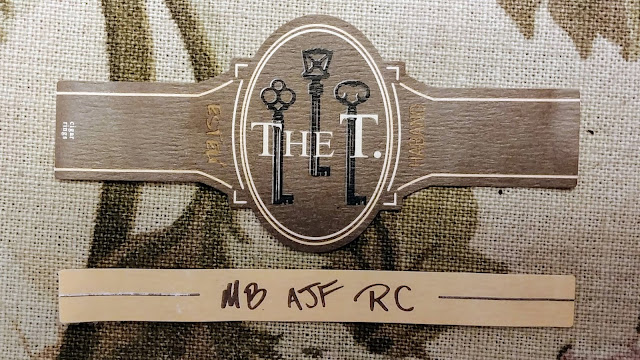 Epilogue:
After having several others of this cigar I am really liking them. I would change the third scores to 94-94-93 making the overall score 93.67. I like then so much I purchased a box! Give these a try. VERY good cigar and another AJ made cigar.
Posted by Tim Rollins at 10/27/2019