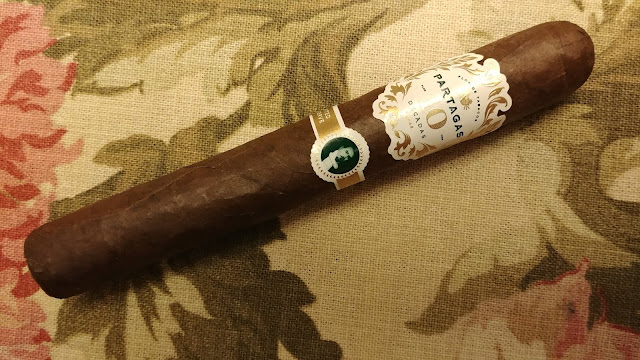 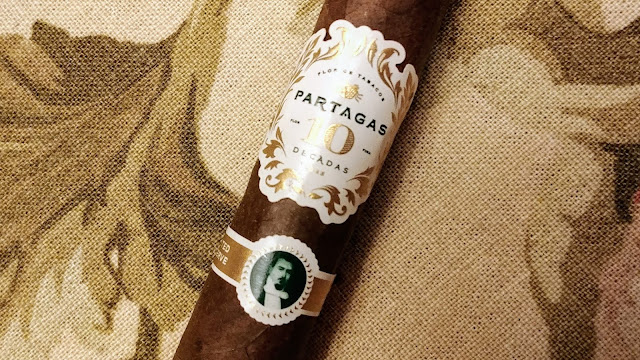 (Description taken from Cigar-Coop.com website)
At the 2019 IPCPR Trade Show, General Cigar announced the return of the Partagas Limited Reserva Decadas. It’s the first time the cigar has been released in a decade.

The Partagas Limited Reserva Decadas 2019 is highlighted by a Cameroon wrapper that was set aside in 2009 for ten years of aging. The blend also features a Honduran San Agustin binder over a combination of Dominican (Piloto Cubano) and Nicaraguan (Ometepe) fillers. After being rolled, the cigars undergo additional aging in rooms lined with Spanish Cedar.

The cigar is available in one size – aa 5 1/2 x 49 Robusto. Each individual cigar is presented in a crystal tubo, and packaged in ten-count boxes. While production numbers were not disclosed, 3,000 Cameroon leaves were set aside to age.

The cigar has a decent feel in the hand. 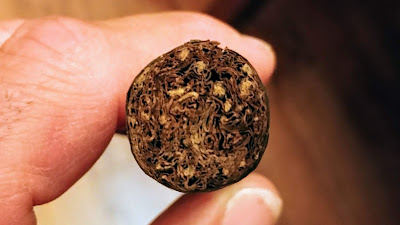 The test draw after cutting the cap was good. The initial flavors at light up were cedar, cream, a little brown sugar, nutmeg, and a lot of earthy black coffee. This is not what I expected from a Cameroon wrapper. Normally you get sweet caramel notes with a Cameroon wrapper but there are none in this cigar. But that's how it started. 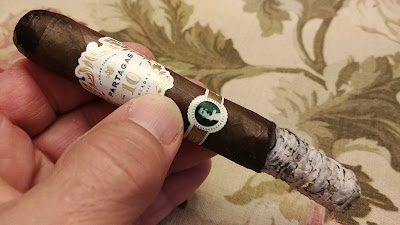 At the first third (18 minutes) the flavors have switched and changed. Now it's more of an orange peel, a little brown sugar, a lot of nutmeg, and a large amount of earthy black coffee. There was black pepper noted at 7 1/2. The cream I mentioned at the outset is no longer on the front end but it's found on the finish along with a lot of lingering black pepper. The cigar is medium to full bodied. These flavors are not adding up for me. They do not show the typical characteristics of a Cameroon cigar. The flavors are not popping. I rated the first third at 86. 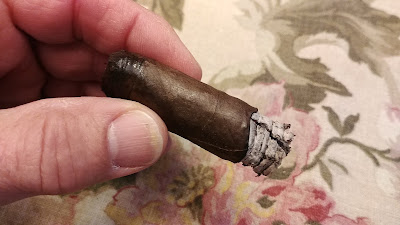 At the second third (53 minutes) the cigar is obviously burning much slower. The flavors continue to lose traction. They are now orange peel with very little sweetness, a hint of brown sugar, nutmeg, and a ton of earthy black coffee. The flavors are nothing like you would expect. I rated the second third at 84. 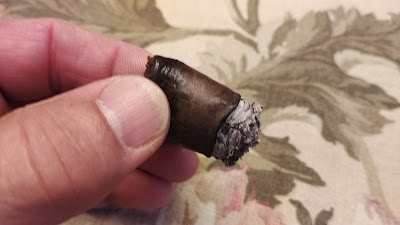 The cigar lasted 1 hour 11 minutes. As you can see the final third burned about as quickly as the first third. In the final third I had cedar, a touch of nutmeg, and a massive amount of an earthy black coffee. The only sweetness is whatever the cedar can give. The cigar is full bodied. The finish is unchanged. I was very optimistic about this cigar when I read the blend but it did not deliver for me. I rated the final third at 81. If any of you try this cigar please either confirm my review or tell me what you tasted differently. 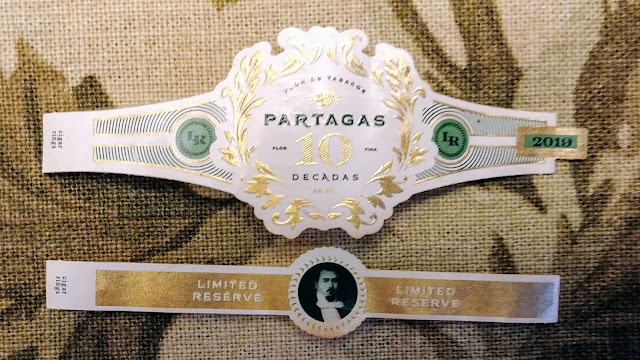