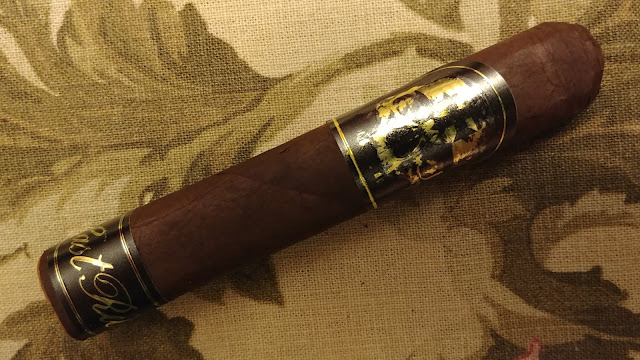 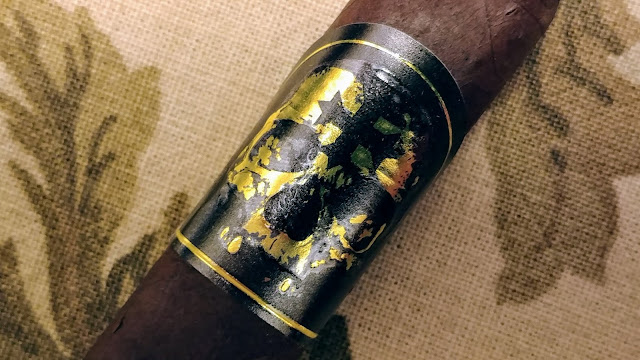 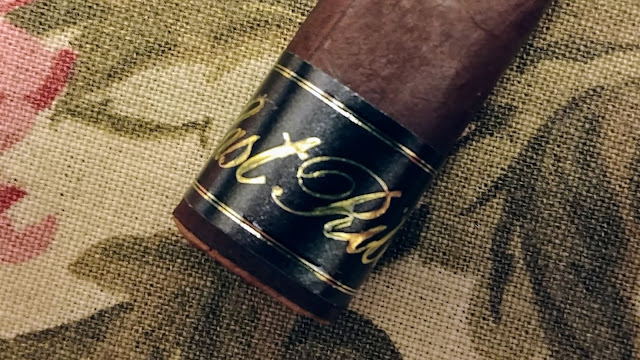 “Last Rites has always been a special cigar to me. To celebrate our sixth anniversary, I wanted to do a Special Edition of the Last Rites. The Viaticum is an evolution of the Last Rites blend. It uses most of the same tobaccos but in different proportions and primings. It’s rich, dark and elegant just like Nicaraguan tobacco. We also box-pressed the cigar like the original 2013 release,” says James Brown, creator of Black Label Trading Company and partner of Fabrica Oveja Negra in a press release.

Last Rites Viaticum uses most of the same core tobaccos as the core Last Rites blend, but with different proportions. It is available in one size – a 5 x 54 box-pressed Robusto priced at $15.00 per cigar.

The cigar is a very dark brown and nicely box pressed. 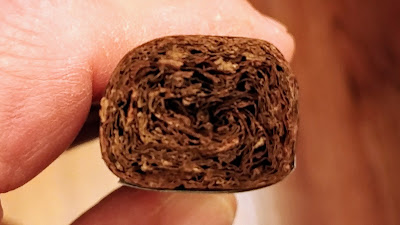 The test draw after cutting the cap was good. The initial flavors at light up were a sweet cedar, brown sugar, nutmeg, leather, mocha, and black coffee. There was abundant black pepper rated at an 8. Nice, powerful tasting start. 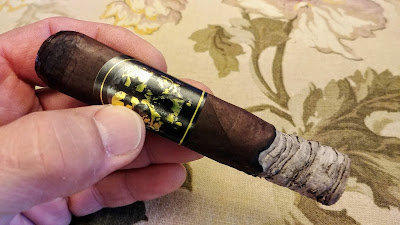 At the first third (25 minutes) chocolate notes starting coming out. There are not so much of the mocha notes but they now taste more like sweet chocolate. The cedar now has a twang. There is still plenty of leather, nutmeg, and black coffee. The cigar is very powerful tasting. I would call it full bodied at this point. The finish is a little brown sugar, some of that twangy cedar, a lot of nutmeg, and some black coffee. There is a good amount of lingering black pepper. There are a lot of powerful, dark notes in the cigar. I rated the first third at 95. 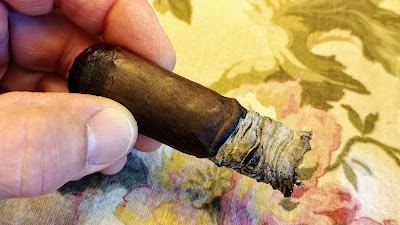 At the second third (49 minutes) the cigar is pretty much like it was in the first third but it's much smoother now. The leather has toned down helping smooth out the cigar. The notes are now more of a cedar, brown sugar, back to the mocha flavor, nutmeg, and black coffee. The finish is now a mocha, nutmeg, and brown sugar with a lot of lingering black pepper. The cigar did not change enough to change the score of 95. Still very good and powerful. 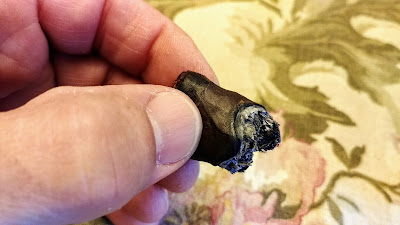 The cigar lasted 1 hour 6 minutes. In the final third I did not lose much, if anything. The cigar does not change much except for the back and forth of the mocha to chocolate flavor and I had that to the end. There were still nice cedar, brown sugar, some sprinklings of cinnamon, nutmeg, light leather, mocha, and black coffee. The cigar is very full bodied. The finish was unchanged. This is a very good and powerful cigar. I maintained the score of 95 for the final third. A very good modification to the original Last Rites blend. These cigars can be purchased HERE. 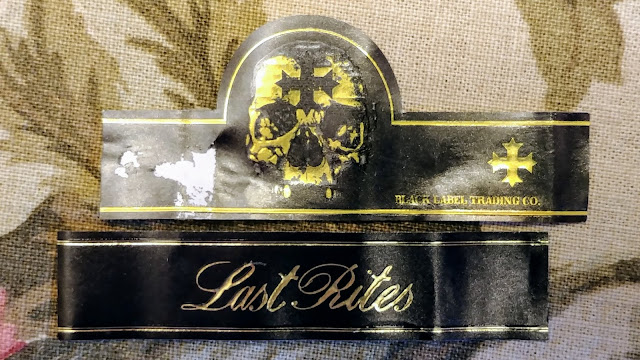