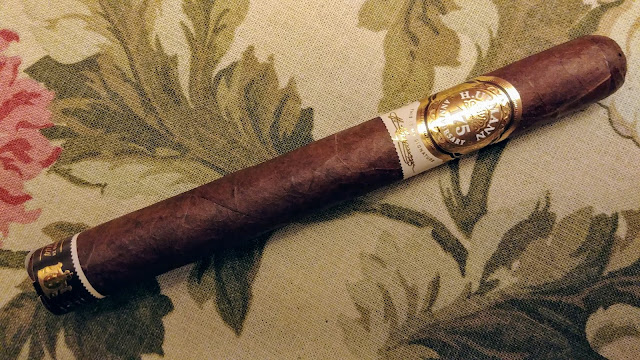 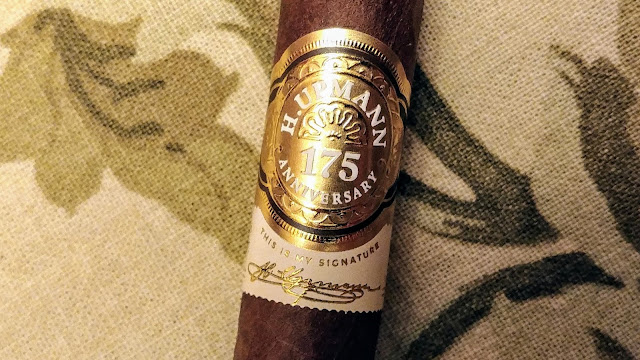 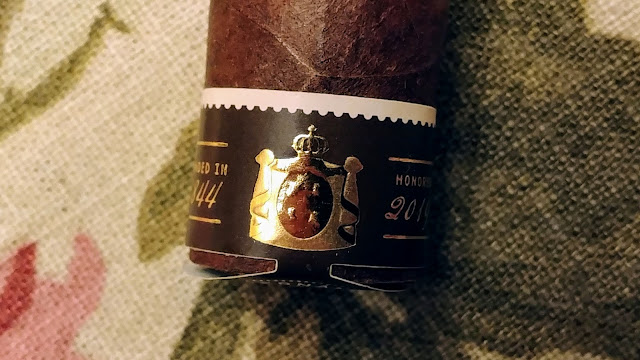 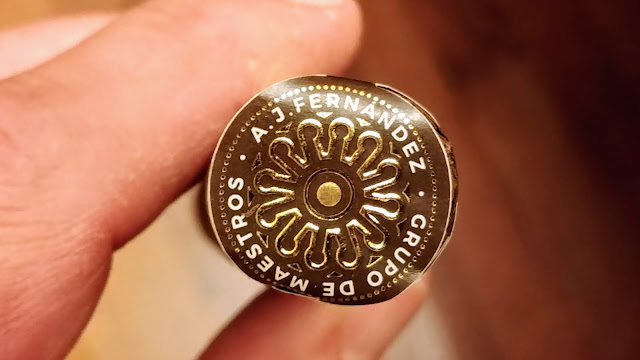 This cigar has its origins back in Cuba. German banker Herman Upmann had moved to Havana, Cuba to open a branch for his family bank. After creating some cigars for his clients, he developed a passion for working with tobacco. That led him in 1844 to start his own cigar brand with his brother August, and the two eventually would open their own cigar factory in Havana.

For the 175th Anniversary cigar, Altadis U.S.A. turned to AJ Fernandez, who has been involved in several projects for the company, including the H. Upmann Nicaragua by AJ Fernandez. Fernandez delivered a Nicaraguan puro featuring a high priming Media Tiempo wrapper (a priming that grows above the ligero leaves on a very small percentage of plants.)

“One of the things that I love about creating new blends, is the constant learning about tobacco. Working with AJ Fernández and the rarest wrapper in the world, Medio Tiempo, has definitely been a unique and rewarding experience. There are great cigars and then there is the H. Upmann 175th Anniversary blend. An unforgettable cigar,” commented Rafael Nodal, Head of Product Capability for Tabacalera USA in a press release.

The cigar is very well made with a nice, dark brown wrapper. The band at the foot included a covering of the foot so no shot of the density but the cigar has a nice feel in the hand.

The test draw after cutting the cap was good. The initial flavors at light up were a tangy, orange citrus, cedar, brown sugar, cinnamon, caramel, nutmeg, leather, and black coffee. There was nice black pepper initially rated at 8. The starting flavors are excellent. 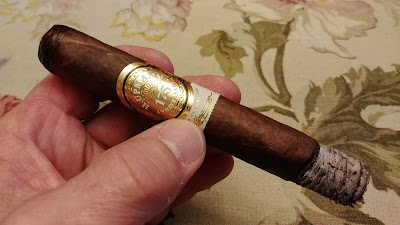 At the first third (38 minutes) the flavors have settled down. There is now much more nutmeg and earthiness in the cigar. There are still nice notes of citrus and cedar, brown sugar, cinnamon, caramel, light leather, and a nice black coffee base. The cigar is medium bodied at this point. The finish is a lot of nutmeg and a touch of citrus for sweetness with some nice lingering black pepper. The cigar has very nice flavors at this point. I rated the first third at 95. 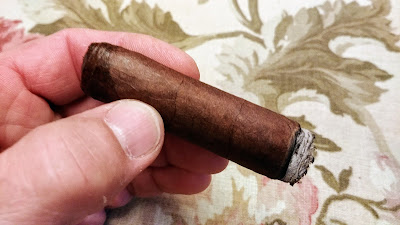 Moving through the second third (1 hour 6 minutes) the leather notes started to come out more. The nutmeg is elevated. Some of the sweetness decreased due to those elevated notes. The same flavor notes are still in play but the sweeter notes are slightly decreased. The cigar is medium to full bodied. The finish is unchanged. I like the transition in the cigar. I am a fan of leather notes. But, with the lowering of sweeter notes I lowered the second third score to 94. 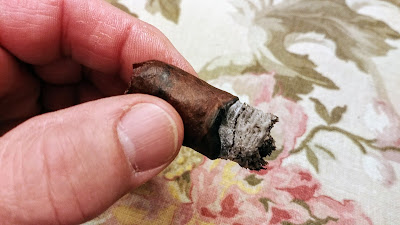 The cigar lasted 1 hour 32 minutes. In the final third the coffee notes rose but the sweeter notes did a good job to counteract them. The nutmeg and leather were still elevated. In fact, with the elevations of those notes the cigar came into more of a balance. The cigar is full bodied. The finish is unchanged. This has been a very good cigar and a good addition to the H. Upmann line. I rated the final third at 94. 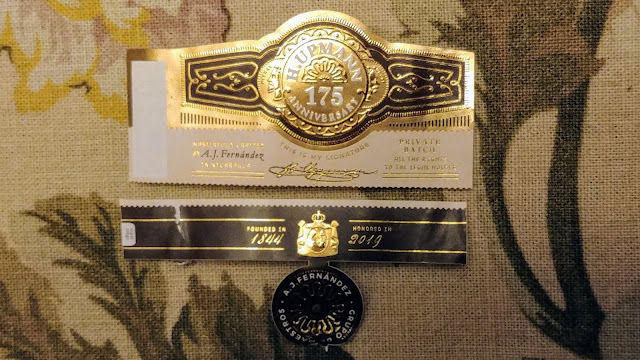