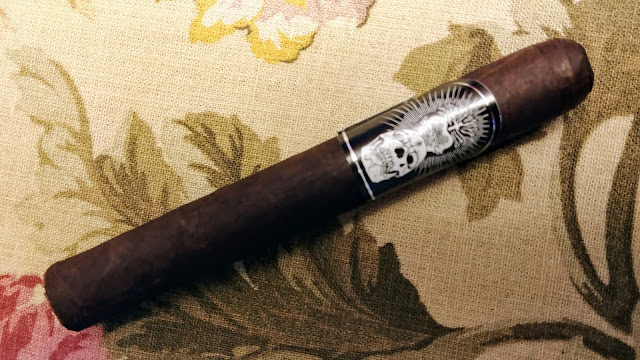 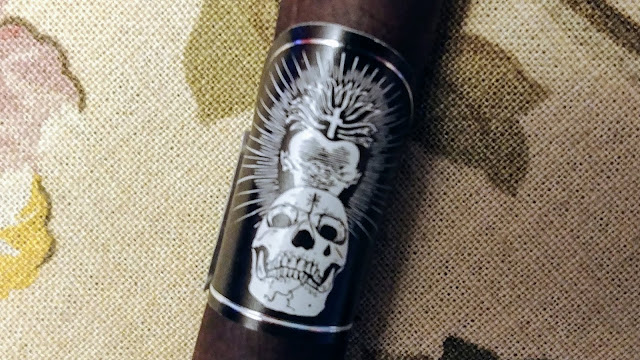 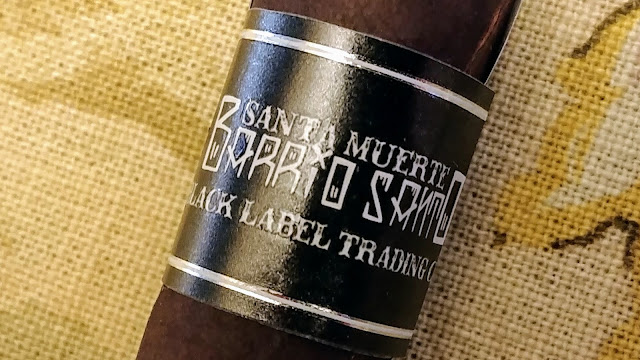 (Description taken from Cigar-coop.com website)
Black Label Trading Company has announced the release of the Santa Muerte Barrio Santo. This is an event-only cigar that was first showcased at the 2019 IPCPR Trade Show.

Barrio Santa features an Ecuadorian Maduro wrapper over an Ecuadorian Habano wrapper and fillers from Nicaragua, the Dominican Republic, and Mexico. The cigar is available in one size – a 5 1/2 x 48 vitola packaged in 20-count boxes. Pricing is set at $10.00 per cigar.

“These cigars will be released as event only in limited quantities. It is a unique version of the original Santa Muerte blend with a maduro wrapper. I wanted something special for our retailers who host BLTC events and this cigar is exactly that,” said James Brown, creator of BLTC and owner at Fabrica Oveja Negra in a press release.

The cigar's wrapper is beautiful. So dark and smooth. The cigar has an average feel in the hand. 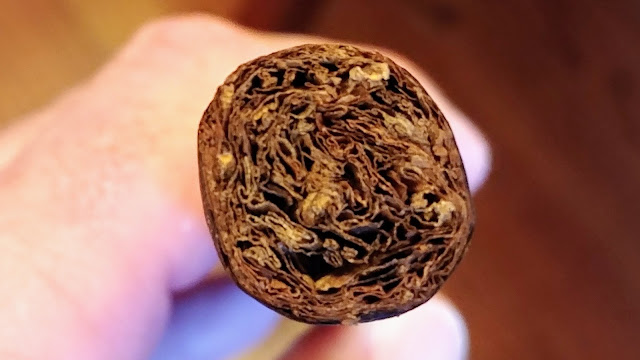 The test draw after cutting the cap was very good. The initial flavors at light up were tangy cedar (has some citrus notes), brown sugar, cinnamon, pasty nutmeg, sweet dark chocolate, and espresso. There was black pepper rated at 7 1/2. The nutmeg is very thick, like a brick of nutmeg. The cigar has a lot of very dark notes but it also has significant sweetness. The tangy cedar, brown sugar, and cinnamon easily come through. Very nice start. 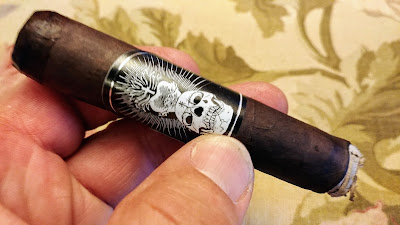 At the first third (24 minutes) the thick nutmeg has toned down. There is still a lot of dark chocolate and espresso. There are also very nice tangy cedar notes with brown sugar and cinnamon. The cigar is medium to full bodied. The finish is dark chocolate, coffee, and nutmeg with a nice amount of lingering black pepper. I continue to be amazed at the flawless wrapper. It's simply beautiful. And the flavors are great. They are so thick and dark. I rated the first third 95. 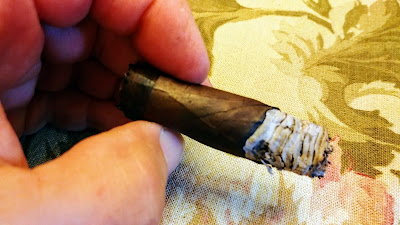 Moving through the second third (48 minutes) a funny thing happened. The espresso notes actually decreased! I hardly ever see that. And as I moved from the first third to the second third the sweet, tangy cedar notes seemed to increase. But it was short lived. They came back in line. The cigar is still medium to full bodied. The finish is nutmeg with a little cedar and light black coffee. The lingering black pepper is still good. The pepper is good overall in the cigar. The other flavor notes were about the same. But, in this case where I loved the extreme espresso at the beginning and now it's slightly decreased I lowered the second third score to 94. 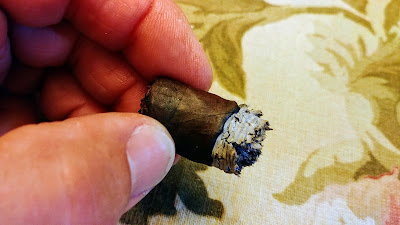 The cigar lasted 1 hour 3 minutes. The black coffee (it became black coffee in the last segment when it dropped) remained lowered but the tangy cedar with citrus aspects, brown sugar, and cinnamon moved up a bit. The nutmeg is in the mix but it doesn't stand out. The finish is unchanged. The cigar is barely full bodied. Nice sweet notes and nice dark notes. This is a very good cigar. Very dark and sweet. I rated the final third 95. 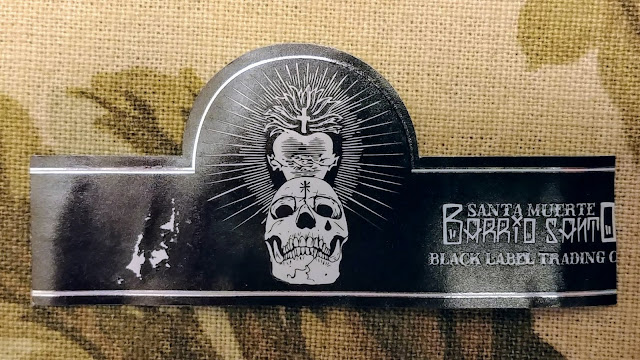