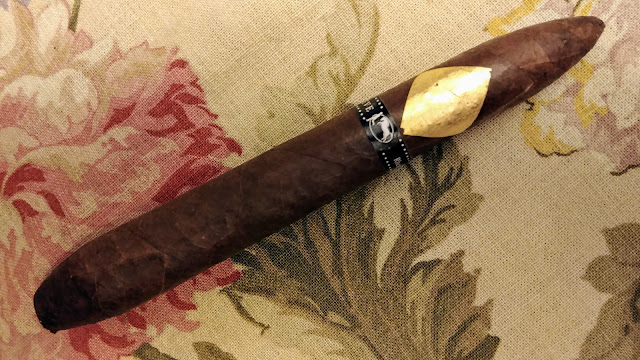 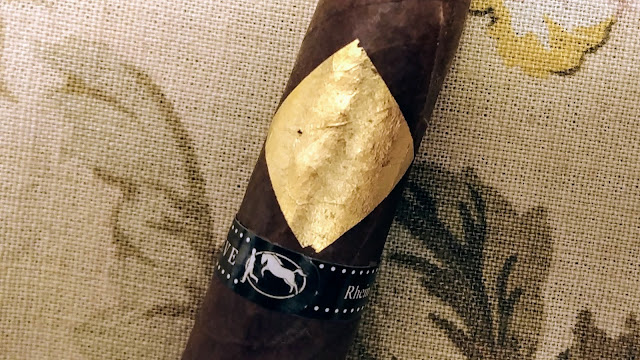 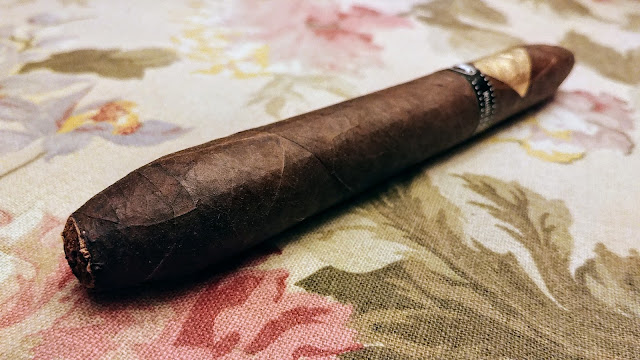 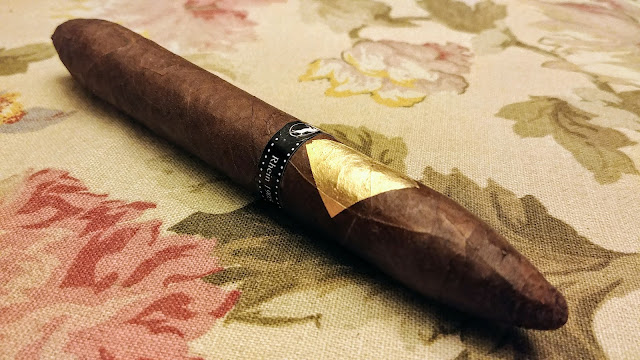 Video review HERE.
(Description taken from Halfwheel.com website)
The Cavalier Genève Black Series II Salomones is a 7 x 50/58 salomones that uses a Mexican San Andrés wrapper over a Nicaraguan binder and Nicaraguan fillers.
Like the newly released Black Series Petit Corona this cigar uses the same components but the blends are not the same.
Also, like the rest of the brand’s portfolio, this cigar has a 24-karat gold diamond placed on the wrapper in a spot where you would normally expect a paper band. The gold is edible and stays on the cigar as you burn through it.
Pricing for the Black Series II Salomones is $12 per cigar and it is offered in boxes of 10.
The cigar is very dense feeling in the hand. 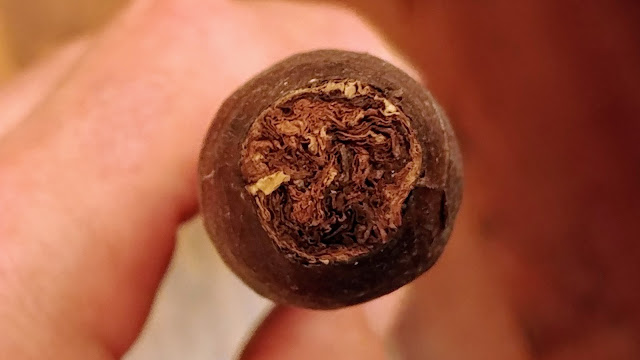 The test draw after cutting the cap was tight so I used my PerfecDraw tool to open the draw. The initial flavors at light up were a tangy cedar/citrus flavor, a little brown sugar, a touch of cinnamon, a lot of unsweetened dark chocolate, and black coffee. There was black pepper rated at 7 to 7 1/2. There is quite a bit of dark chocolate in this cigar. I did not detect nutmeg at the outset.
At the first third (52 minutes) there was a small amount of tangy cedar and brown sugar, an interesting combination of nutmeg, roasted almonds, and leather, massive amounts of unsweetened dark chocolate, and black coffee. The finish is dark chocolate with decent lingering black pepper. The cigar is medium bodied. The cigar is very dark noted with minimal sweetness. I rated the first third 91. 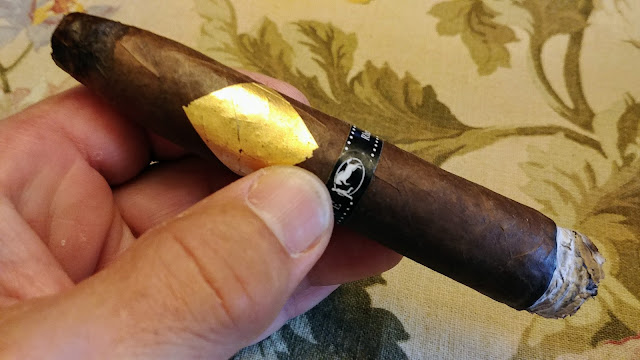 As I moved through the second third (1 hour 45 minutes) the cigar is slowly transitioning. You now have a hint of cedar, massive amounts of unsweetened dark chocolate, and a lot of black coffee. The nutmeg, roasted almonds, and leather are quite gone for the most part. The black pepper remains good. The finish is unchanged. The cigar is medium to full bodied. I like the dark chocolate flavor but it lacks sweetness. I rated the second third 89. 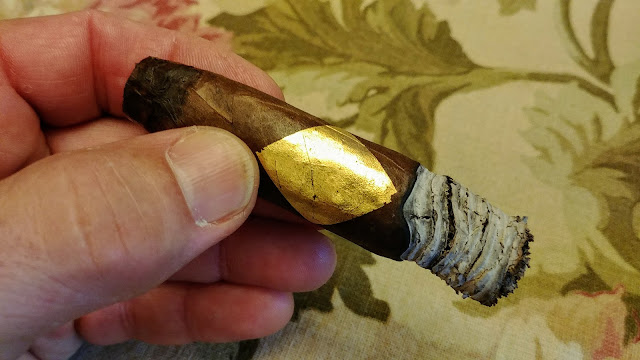 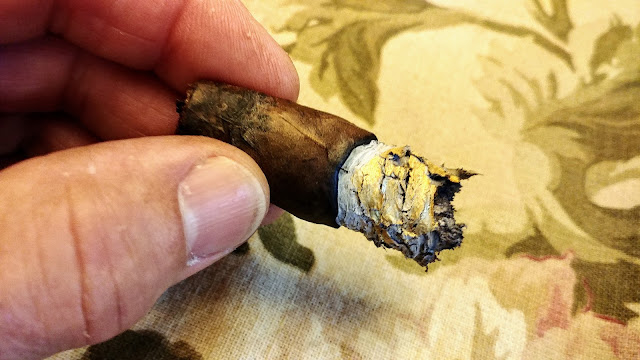 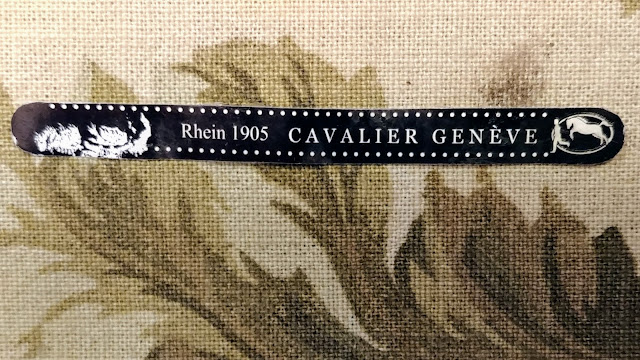