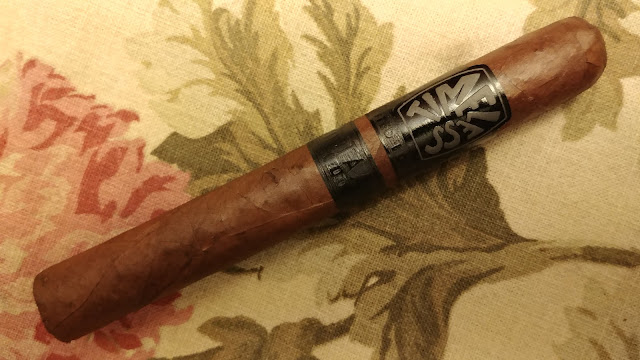 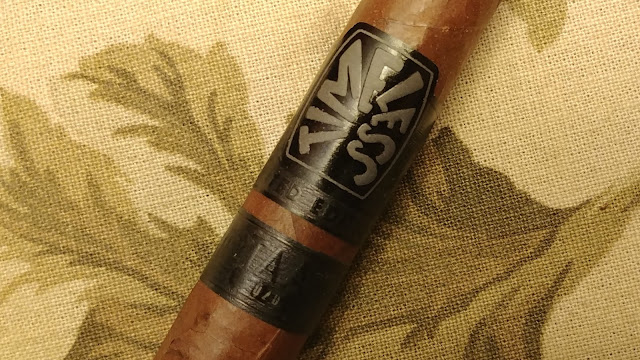 Video review HERE.
(Description taken from Cigar-coop.com website)
While the Tobacconist Association of America (TAA) Convention has been postponed, that hasn’t stopped Nat Sherman International from announcing its 2020 TAA Exclusive Cigar, the Timeless TAA 2020 Limited Edition.
The 2020 edition is a Nicaraguan puro handcrafted at the Plasencia factory in Estelí, Nicaragua. The cigar will come in one size – a 6 x 50 Toro and will be packaged in 10-count mazos. Production is limited to 650 mazos and pricing is set at $120.00 MSRP per mazo/$12.00 MSRP per cigar.
“The 2020 TAA Limited Edition is quite a special cigar and a bit of an unorthodox pedigree for a Nicaraguan puro,” explains Michael Herklots, Nat Sherman International’s Vice President in a press release. “All of the filler tobaccos were grown in the Jalapa region of Nicaragua, an area known for elegance and subtlety, and often used for wrapper. We used higher primings across multiple vintages in order to deliver a wider breadth in flavor and complexity from this region. The wrapper for this Limited Edition is a low priming sun-grown leaf from Estelí, Nicaragua. Though Estelí is more commonly known for rich filler tobaccos, this elegant wrapper adds the influence of Estelí’s terroir to the blend in a more graceful and thoughtful way.”
Blend and Origin
Wrapper: Nicaraguan
Binder: Nicaraguan
Filler: Nicaraguan
Country of Origin: Nicaragua
Factory: Plasencia S.A.
Vitolas Offered
Toro: 6 x 50
The cigar is well made and has a nice feel in the hand. The black band is quite hard to read but the name Timeless sticks out nicely. 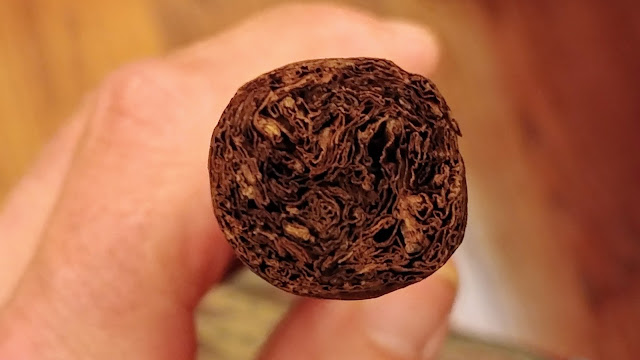 The test draw after cutting the cap was very good. The initial flavors at light up were a dry cedar with citrus influence, quite a bit of brown sugar and cinnamon, a lot of dry, earthy nutmeg, light leather, and a light black coffee base. There was black pepper rated at 7 1/2. The cigar is starting off very sweet with a lot of earthy, "scratchy" flavors that seem to be accentuated by the black pepper. You can feel them on the palate. Nice start.
At the first third (29 minutes) the cigar is just slightly different from the way it started. There is now a lot more leather and "scratchy" earthy nutmeg. The sweeter notes have dipped just a little. The cigar is very intriguing. The finish is nutmeg with a little influence of cedar and nice lingering black pepper. The cigar is medium to full bodied. I like the mix of flavors. I rated the first third 94. 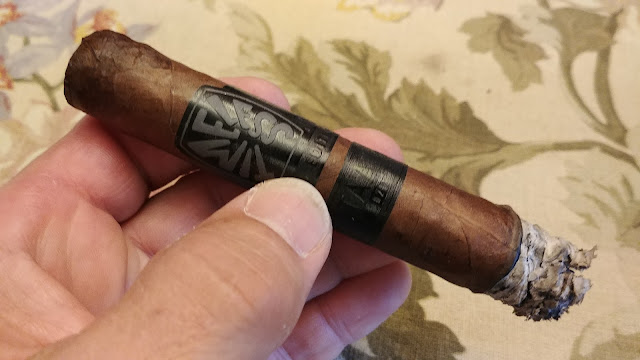 Moving through the second third (1 hour 1 minute) the cigar improved a bit. There are now toasted caramel notes and the overall sweetness went up slightly. All the other darker, earthy flavors are still there and they don't seem to have decreased. The cigar is now full bodied. The finish is unchanged. The nutmeg is still earthy and "scratchy". The black pepper continues to aid in those notes. I rated the second third 95. 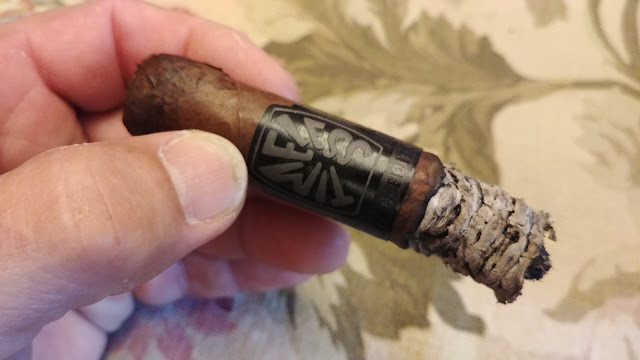 The cigar lasted 1 hour 27 minutes. In the final third the cigar reverted back to the way it was in the first third. The sweetness dipped just a little leaving the elevated earthy nutmeg, leather, and black coffee. The cigar is still full bodied and the finish is unchanged. This has been a very good cigar. Plasencia did a very good job for Nat Sherman. I rated the final third 94. 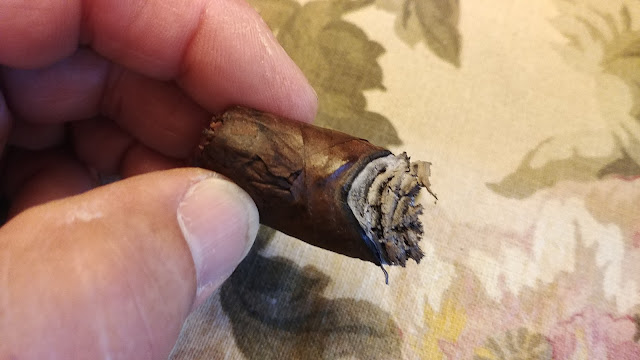 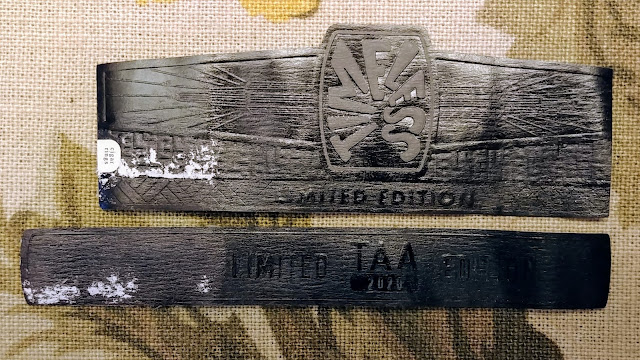