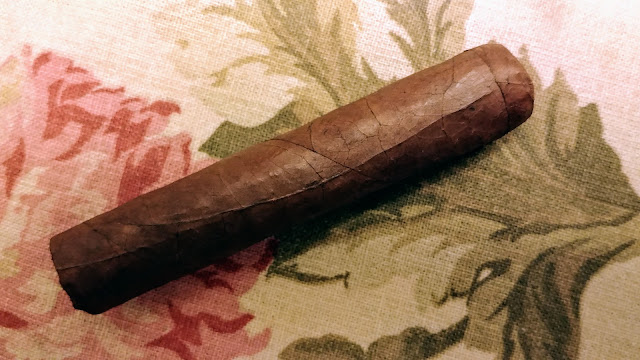 Video review HERE.
(Description taken from Cigar-coop.com website)
Global Premium Cigars, best known as the makers of the 1502 brand, introduces a value-priced line known as Cachitos.
Blended by Enrique Sanchez Icaza, Cachitos consists of a Nicaraguan wrapper over a Honduran binder and a combination of Nicaraguan and Honduran fillers. Cachitos comes in one size – a 4 1/2 x 50 petite robusto. Cachitos will be sold in 20-count bundles and have a $5.50 MSRP. As with all Global Premium Cigars cigars, production of Cachitos comes out of the Plasencia factory in Estelí, Nicaragua.
Cachitos is new line under the Global Premium Cigars umbrella, but separate from the 1502 brand.
Blend Profile
Wrapper: Nicaraguan
Binder: Honduran
Filler: Nicaraguan, Honduran
Country of Origin: Nicaragua (Plasencia SA)
Vitolas Available
Cachitos: 4 1/2 x 50
The cigar has no band an average feel in the hand. The foot is partially closed. 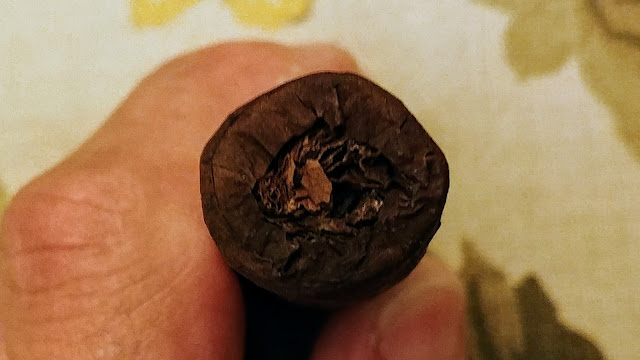 And, the cap has a little dot. At the time of this post I am not aware of what the significance of the dot is but here it is. 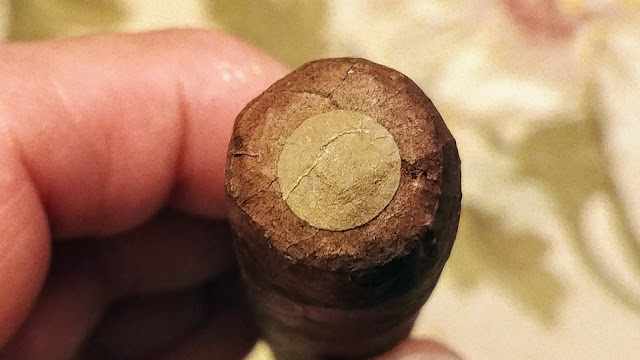 The test draw after cutting the cap was very good. The initial flavors at light up were sweet cedar, a touch of caramel, brown sugar, cinnamon, an earthy dry nutmeg, and an earthy black coffee. The flavors are fairly in balance at the outset. There was black pepper rated at 7 1/2. A rather sweet start with a lot of earthy notes.
At the first third (18 minutes) I still had the cedar which is now a dry cedar, touch of caramel, brown sugar, cinnamon, earthy dry nutmeg, and earthy black coffee. The nutmeg and black coffee have somewhat toned down. The finish is cedar, brown sugar, and nutmeg with a nice amount of lingering black pepper. The cigar is medium bodied. The flavors in this cigar will not offend anyone. It has good, basic flavors. I rated the first third 92. 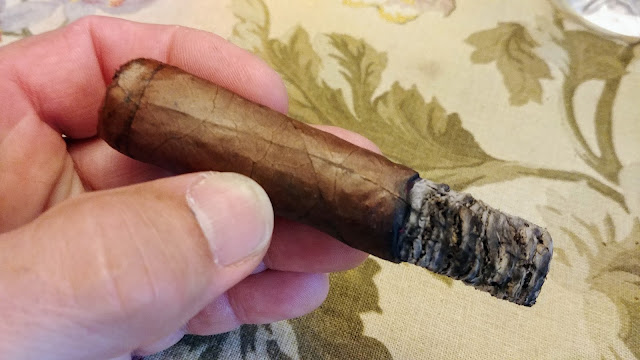 At the second third (38 minutes) the flavors were the same but the percentages changed. The earthy black coffee started to elevate. The cigar is still medium bodied. The finish is unchanged. I rated the second third 91. 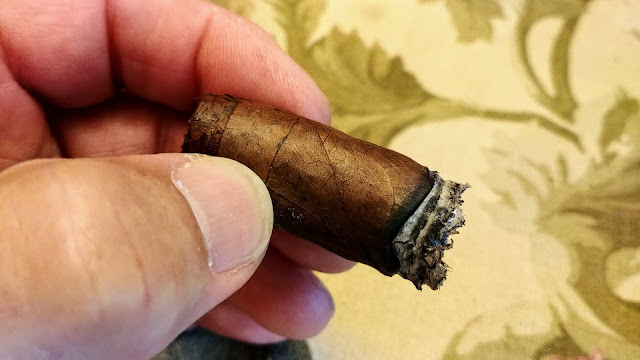 The cigar lasted 51 minutes. A nice, short smoke. In the final third the nutmeg elevated along with the black coffee. Some of the sweeter notes were lost. Again, the same notes are present but the percentages changed. The finish is basically unchanged. The cigar remains medium bodied. This was a good, basic cigar that would make a nice quick smoke. I rated the final third 90. 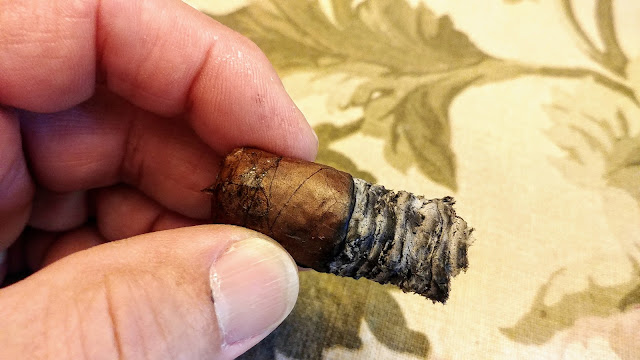