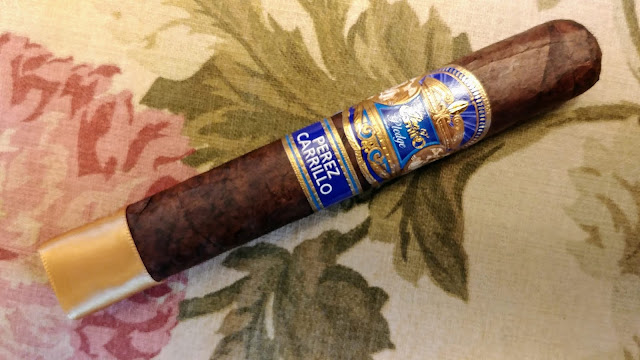 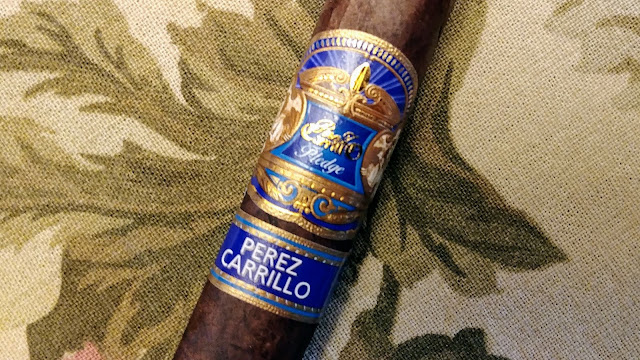 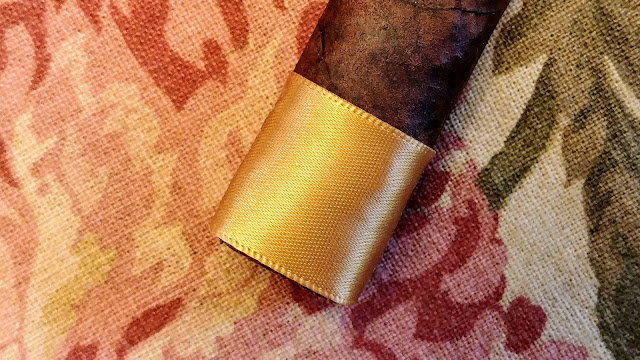 The Pledge describes an evolution of his skills in blending throughout his life and how these skills translate to his promise to cigar lovers, reaching different milestones.  In the first release of two sizes, one size focuses on his roots in Cuba, which contributes to tobacco being in his blood, and then the second size moves towards his core years of developing skills that led to his reaching Cigar Hall of Fame status.  The evolution of his pledge will continue to be told through future size releases.  Ernesto describes his journey to have led him to pledge to his fans, “I will never stop working with the best tobaccos and bringing new and innovative blends to you.”  Further, “With each sample of the 6 different blends for Pledge I worked on, I asked myself, is this cigar worthy to follow La Historia and Encore, and I was very pleased when I found the one.”  2020 marks the 50th year that Ernesto has been working in the cigar industry, and to release the Pledge during this special year is a great honor.

After spending over six months testing blends, Ernesto Perez-Carrillo finally found the blend he was looking for.  Ernesto shares his excitement for the wrapper of Pledge, “I first became aware of the Connecticut Havana seed wrapper in the early 80s when it was not being extensively used by many manufacturers.  This wrapper was relatively unknown in Miami; but when I was finally able to first smoke it, I fell in love with it.  I started using it in in some of the blends I was making at that time.  More recently, I had only used this wrapper in 2 limited releases at E.P. Carrillo.  With Pledge, it now becomes part of our portfolio.  I couldn’t be more enthusiastic, as this wrapper and I go way back to my core years in developing my skills as a cigar blender.”

Before moving to production, Ernesto made sure he could procure enough tobacco for three years and after that began production.  Due to the social distancing limitations at the factory, production has been limited, so we will be initially distributing the Pledge to a select number of retailers, and then rolling it out for more broader distribution.

The name was chosen from input from consumers who visited the E.P. Carrillo booth at Cigar Aficionado’s 2019 Big Smoke Las Vegas event. E.P. Carrillo says Pledge is meant to be a homage to all cigar smokers.

The cigar's wrapper is very nice. The ornate band is quite beautiful. The cigar has a nice feel in the hand. 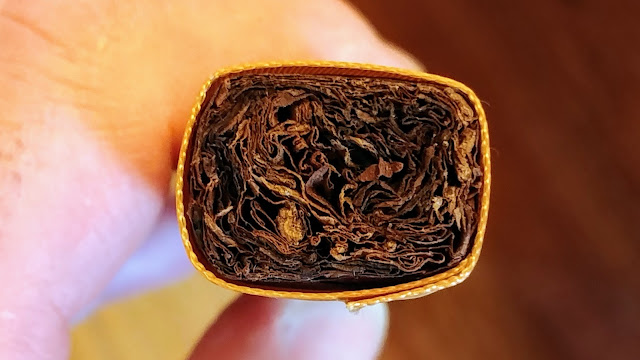 The test draw after cutting the cap was good. The initial flavors at light up were sweet dark chocolate, brown sugar, creamy nutmeg, and black coffee. There was nice black pepper rated at 8. Nice sweet, dark start.

At the first third (30 minutes) there was a little burn issue. I will see if it self-corrects. The chocolate now has dry cocoa notes along with the dark chocolate. The cigar is medium bodied but I expect it to move up. The finish is chocolate, nutmeg, and a sprinkling of brown sugar with a very nice amount of lingering black pepper. The cigar is very nice. The flavors work well together. I rated the first third 94. 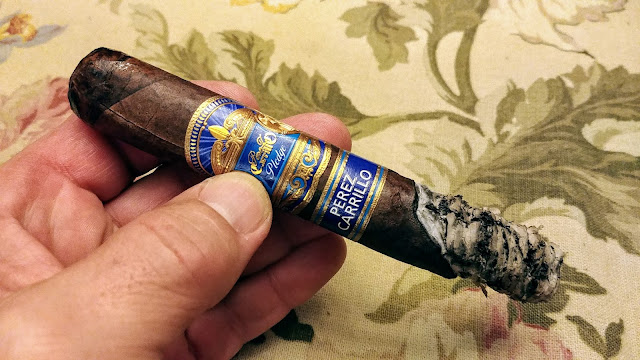 Moving through the second third (58 minutes) the cigar's burn did even out. The chocolate now is more of a straight chocolate with cocoa notes. The chocolate is not as dark. There are plenty of coffee notes that give the cigar darkness. The brown sugar has dipped a little. The nutmeg is still very smooth. The cigar overall is very smooth. The black pepper remains very good. At least an 8. The finish is more creamy nutmeg and not as much brown sugar, which was already light. There are also some chocolate notes on the finish. The cigar is medium to full bodied. The minor changes did not hurt the appeal of the cigar. I held the score of 94 for the second third. 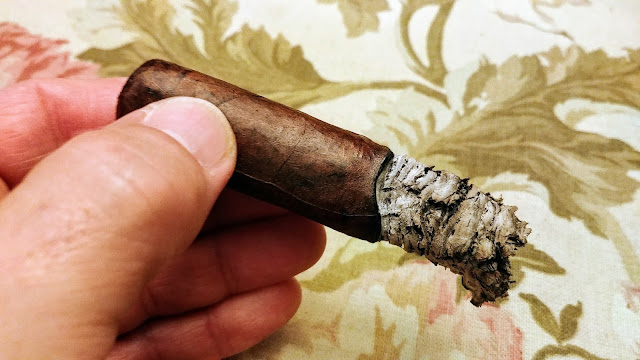 The cigar lasted 1 hour 27 minutes. The black pepper would have to be considered a star of the cigar. It remained very good and rated at least an 8 throughout. The brown sugar seemed to decrease more. The chocolate is almost an unsweetened chocolate with some cocoa aspects. Straight chocolate and not dark chocolate. The nutmeg remains very smooth, as well as the cigar overall. The black coffee notes rose. The cigar is full bodied. The finish is unchanged with a lot of lingering black pepper. I rated the final third 93. This is a good cigar from Carrillo. 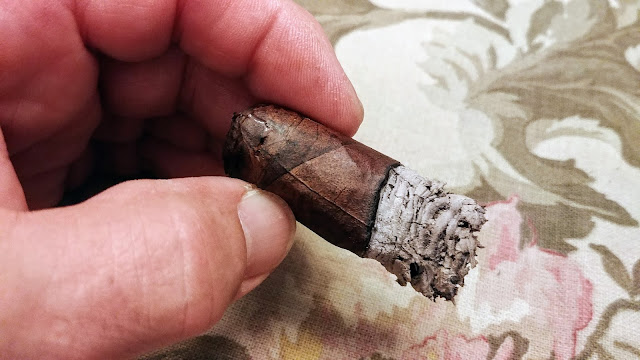 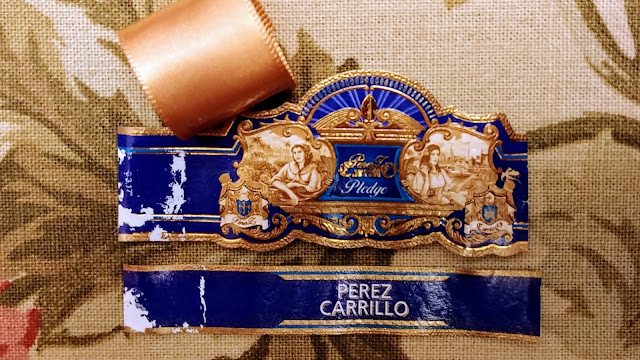