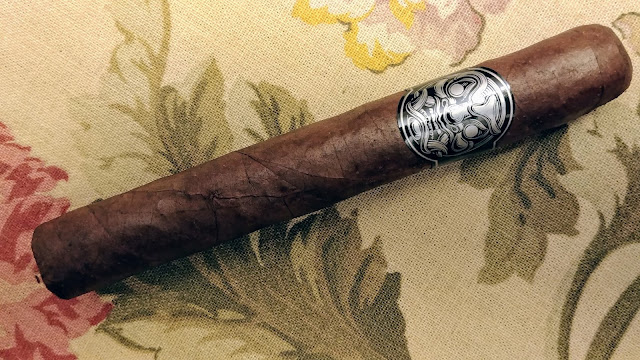 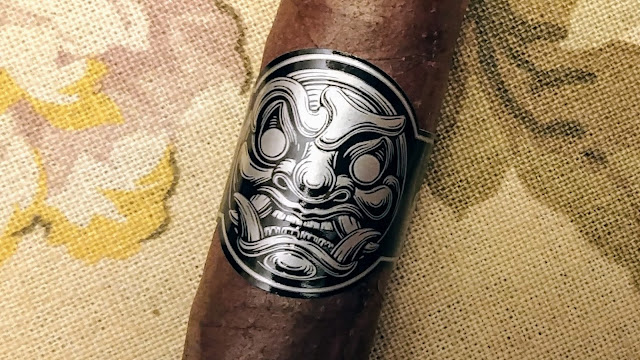 At the 2019 IPCPR Trade Show, Matt Booth re-introduced a brand from the past that he had in his Room101 Cigars’ portfolio – the Room101 Big Payback Maduro.

The Big Payback was a value-priced brand originally introduced back in 2014 by Room101 Cigars. It quickly became a successful line and eventually, a Connecticut Shade version was added. Booth has kept the names to the brands and the Big Payback Maduro features a completely different blend from a factory that Booth is working with for the first time.

The Big Payback Maduro will come in three sizes: Robusto, Toro, and Gordo. The cigars are presented in 40 count boxes with refillable 20-count bundles.

The Room101 Big Payback blends that were done while Booth was at Davidoff have been rebranded as Back2Back.

The cigar is dark and a little bumpy. The wrapper isn't very smooth. The cigar had a good feel in the hand. 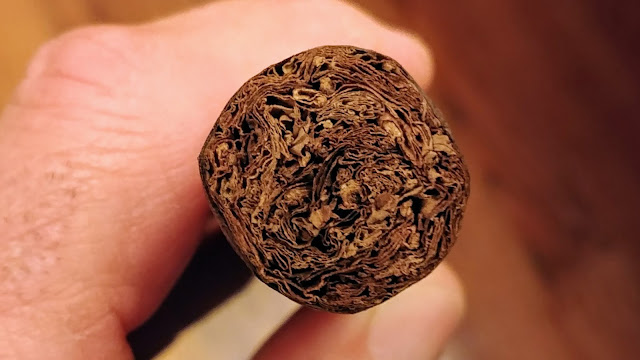 The test draw after cutting the cap was good. The initial flavors at light up were a tangy cedar, brown sugar, cinnamon, leathery nutmeg, sweet chocolate, and black coffee. There was black pepper rated at 7 1/2. Sweet start. The nutmeg is organic; very much a vegetable-like taste.

At the first third (28 minutes) the lead flavor is more of a straight cedar. I still had the brown sugar and cinnamon but there is a lot of the leathery nutmeg. You hardly notice the black coffee base at this point. The chocolate is not as sweet but it's not a dark chocolate. The cigar is medium bodied. The finish is light brown sugar with the leathery nutmeg and decent lingering black pepper. I rated the first third 93. 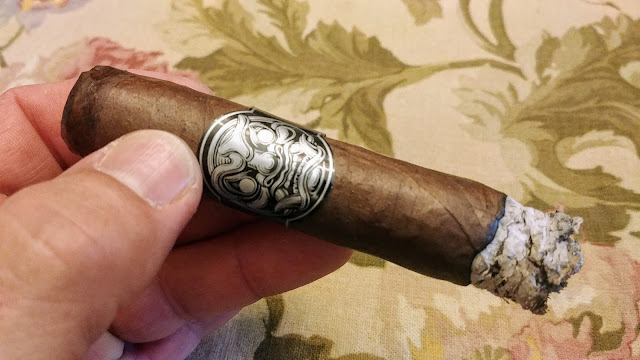 At the second third (50 minutes) the cigar is holding firm ground. The chocolate notes have come out more. All the other notes are in play. The black coffee is also elevated. The finish is unchanged. The cigar is a low grade medium to full bodied. There were minor changes but the cigar score did not change. I rated the second third 93. 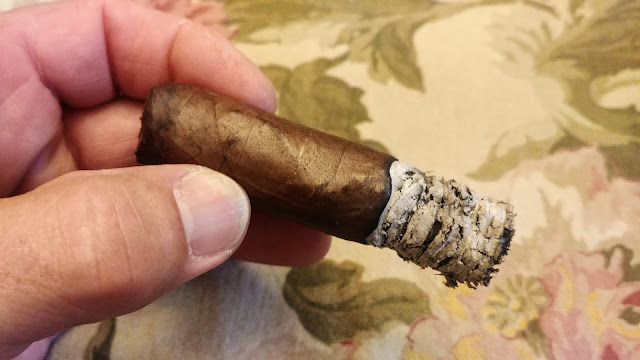 The cigar lasted 1 hour 10 minutes. Quite short for a 6 x 54 toro. As the cigar went along it actually came together nicely. At the end everything was in play; nice cedar, brown sugar, cinnamon, leathery nutmeg, sweet chocolate, and black coffee. The nutmeg did transition from a vegetable type to a dry type. The black pepper remained very good at 7 1/2 or a little better. The finish is unchanged. This was an enjoyable cigar and a good start/comeback for Matt Booth. I rated the final third 93. 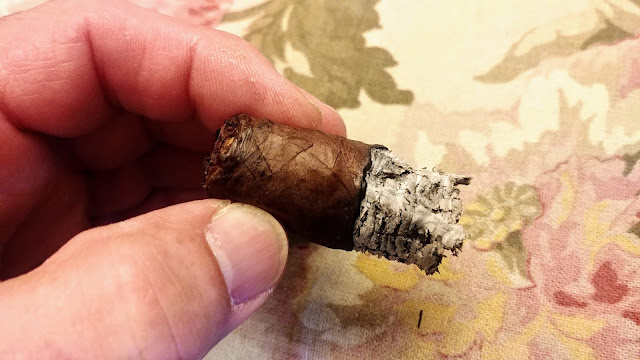 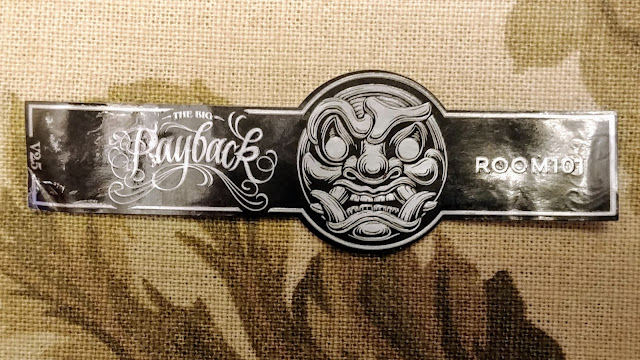