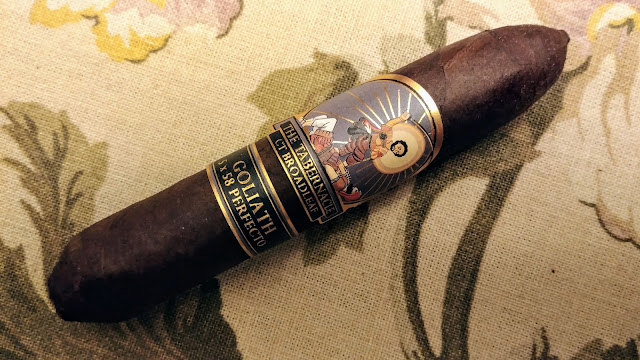 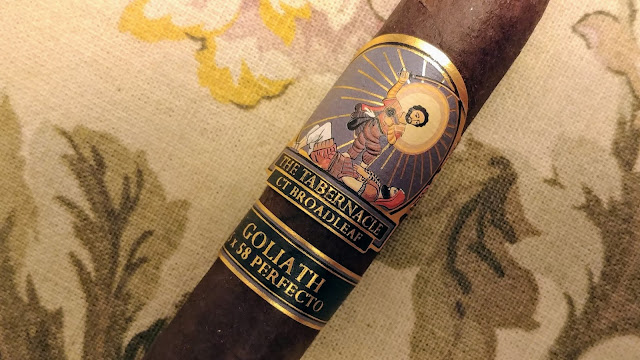 Foundation Cigar Company has announced the addition of two perfectos to The Tabernacle line. Keeping to the biblical inspiration for this theme, the new perfectos are called David & Goliath.

“The Tabernacle blend in these two sizes deliver depth, complexity, body, and flavor. These sizes are special because they complement an amazing blend of some of the best tobaccos in the world,” commented Foundation Cigar Company owner Nicholas Melillo. 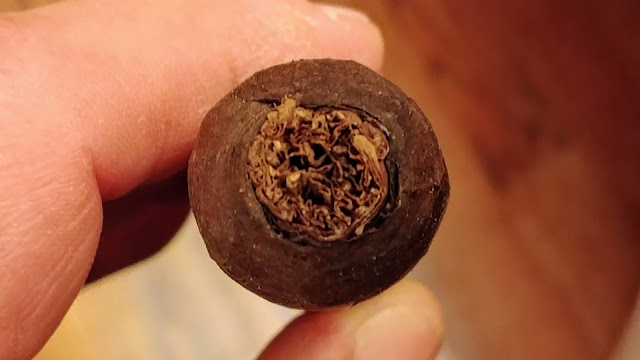 The test draw after cutting the cap was very good. The initial flavors at light up were orange citrus, citrus peel, brown sugar, leathery nutmeg, and black coffee. There was a nice amount of black pepper which I rated at 8. The start is rather dark with some nice sweet notes. 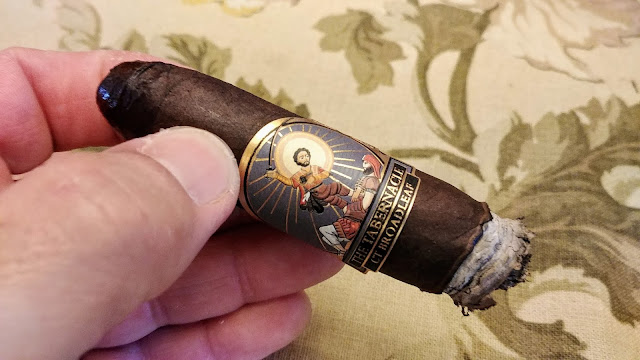 As I moved through the second third (50 minutes) the cigar is transitioning more and more to very dark. The black coffee is heavy. The orange peel is still there but the orange citrus notes are gone. There is hardly any brown sugar. There are still plenty of nutmeg notes with light leather. And there is still plenty of black coffee. The black pepper remains very good. The cigar is full bodied. The finish is unchanged. I had hoped the cigar would go the other direction and get sweeter but it didn't. When you compare this cigar to the original Tabernacle it is very different even though the blend is reported to be the same. I rated the second third 89. 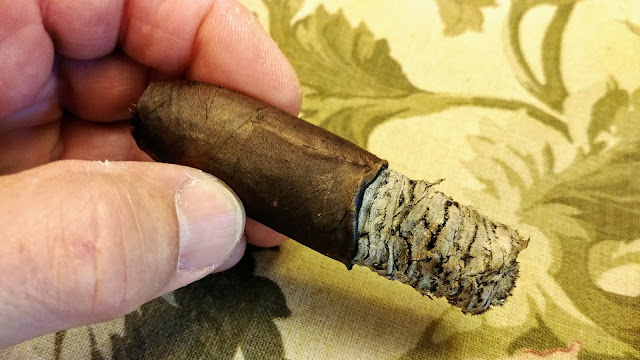 The cigar lasted 1 hour 14 minutes. In the final third the flavors continued to change. The orange peel went away. There was a faint amount of brown sugar. The nutmeg is now straight nutmeg without any leathery notes. There was still a lot of black coffee. The black pepper remained very good. The cigar is very full bodied. The finish is nutmeg and black coffee with good lingering black pepper. This cigar made some massive transitions. The original Tabernacle received a score of 93. This cigar is not anywhere near that level. I rated the final third 87. 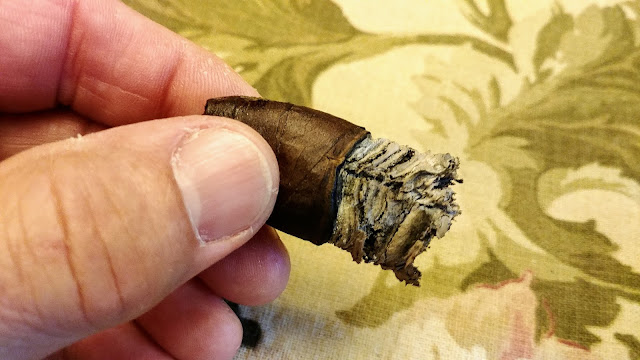 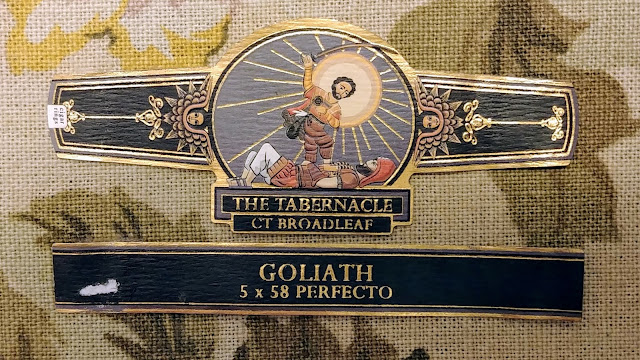