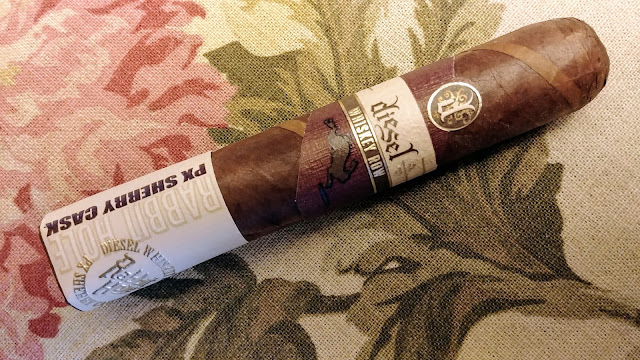 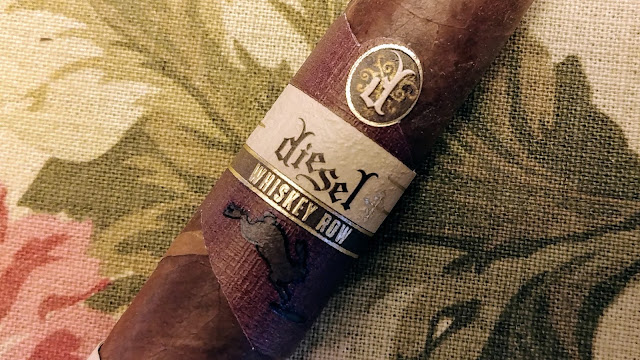 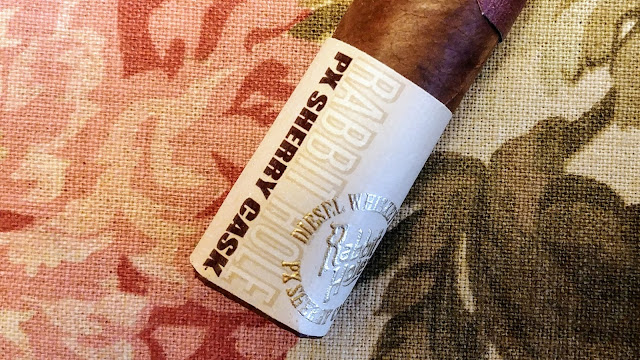 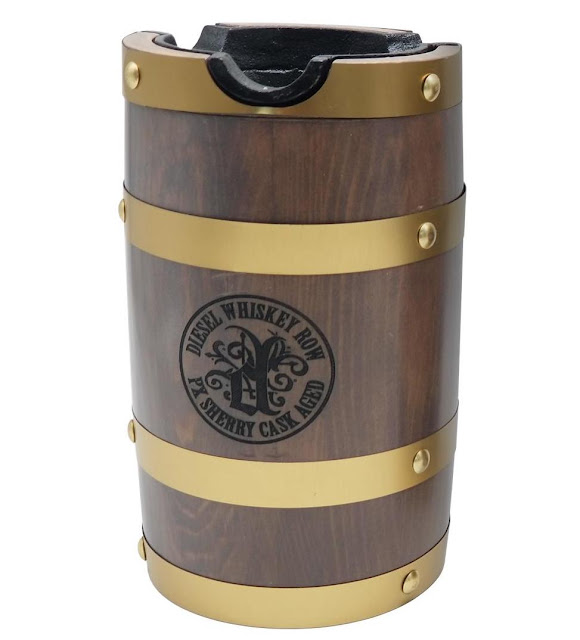 The new release was developed by Justin Andrews and blended by AJ Fernandez at Tabacalera AJ Fernandez in Estelí, Nicaragua. It features the blend’s original Connecticut Broadleaf wrapper intermixed with a Connecticut Shade wrapper. The cigar also uses a Brazilian Alagoas Arapiraca binder that was barrel aged in Rabbit Hole’s Pedro Ximénez Sherry barrels over a blend of Nicaraguan Habano tobaccos.

The cigars are presented in a keepsake wooden whiskey barrel that holds ten cigars and includes a lid that doubles as an ashtray. Pricing is $124.99 for the cigars and barrel.

The cigar has a nice barber pole wrapper and feels pretty dense in the hand. 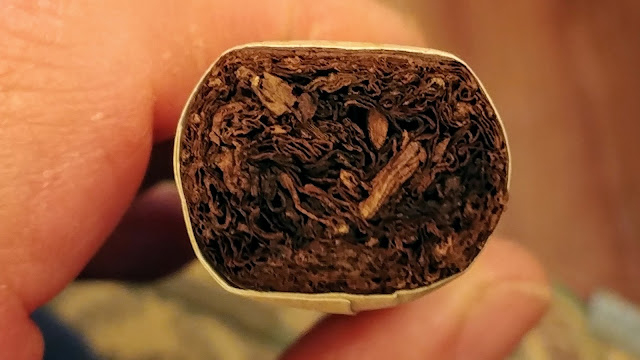 The test draw after cutting the cap was good with a touch of firmness. The initial flavors at light up were a somewhat citrus/cedar noted, crabapple, brown sugar, cinnamon, smooth and creamy nutmeg, light chocolate, and light black coffee. There was nice black pepper rated at 7 1/2. It's a sweet, tangy start.

At the first third (37 minutes) the cigar settled down very nicely. It's very tangy with the same flavor notes. The nutmeg has light leather notes. Even though there are light chocolate notes and light black coffee notes they combine to make a nice base. The cigar is medium bodied. The finish is crabapple, cedar, brown sugar, and black coffee with nice lingering black pepper. The cigar is very flavorful and has a nice burn time through the first third. I rated the first third 94. 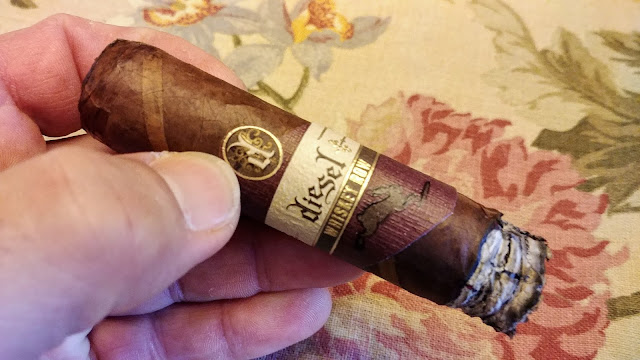 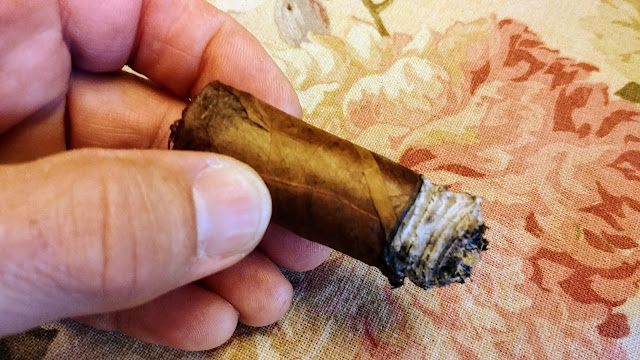 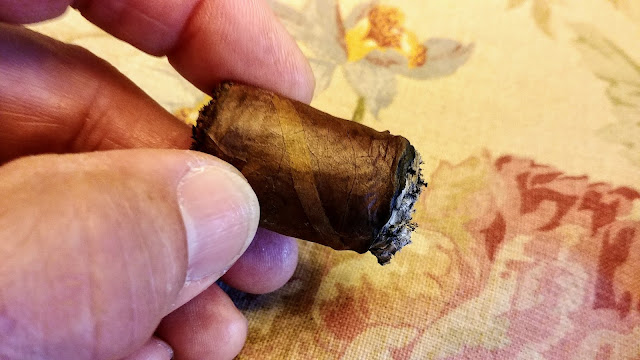 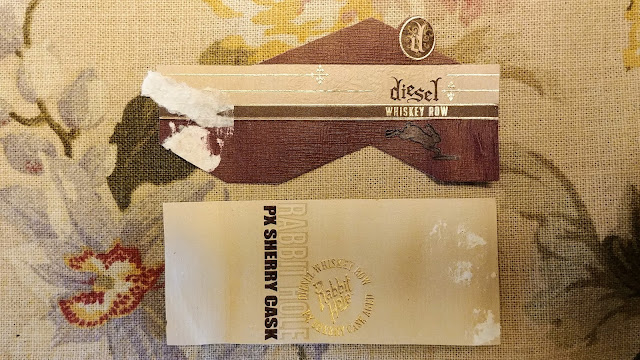