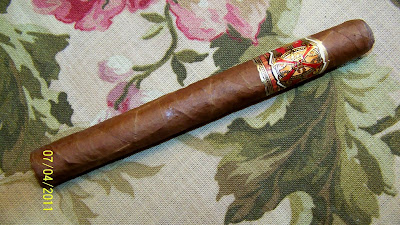 
Cuban hybrid seed planted in 1992 ("seeds of hope") yielded the first Dominican puro when the Fuente Fuente Opus X cigars debuted for sale in late 1995, and more widely in 1996. The original name for these cigars was "Project X from Planet 9" which is what they were known as inside of Fuente before the name "Opus X" had been decided upon. They were not sold west of the Mississippi river until the late 1990's.

Although "1992" appears on each box of Opus X cigars that are sold, it does not refer to when the cigars were rolled. Rather, it refers to when the first "seeds of hope" were planted. The first Opus X cigars released to the public became available in last 1995 in very small quantities.

All Opus X cigars use 100% Dominican tobacco that is cured in rum barrels for a few months before being rolled into cigars. The cigars are then aged for a year or so before they are color sorted, boxed, and shipped to customers. Even prior to rolling, the tobacco is aged: current 2006 production Opus (which will be on sale in 2007) are made up of tobacco predominantly from the 1999 crop.

The "Opus X blend" of tobacco which, in addition to the trademark Opus X Rosado wrapper, constitutes an Opus X cigar is a blend of 5 distinct types of tobacco rolled together. Opus X tobacco is fermented, then aged, then fermented a second time, in addition to a number of other techniques, in order to bring out its trademark flavor.

Video review HERE.
This is one of the longer Opus X cigars. I picked up this cigar locally at The Tobacco Merchant earlier this year. It is from current production.
These cigars are triple capped. 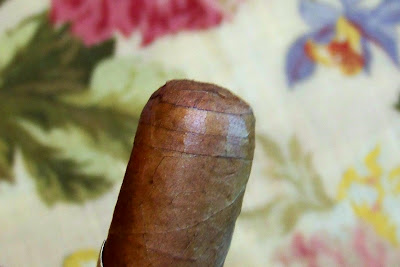 After cutting the cap the test draw was a tad firm. The initial flavor was cinnamon and pepper.
After letting the cigar sit for a minute or two the flavors were cinnamon and black pepper, and a lot of black pepper! I'm a big fan of pepper so I loved it. There are subtle flavors of almond, vanilla, and citrus. The finish was very long with sweet vanilla. The cigar tastes full bodied immediately.
About 3/4 inch in the flavors were more of cinnamon and orange citrus with a ton of black pepper. The citrus really jumped forward.
After about 1 1/2 to 2 inches  the cigar has developed a richness to it. The cinnamon and orange citrus are quite rich, somewhat like a rich port wine. There are some vanilla notes that may be helping with the richness. You can easily pick out all 3 flavors. The cigar is quite enjoyable at this point. 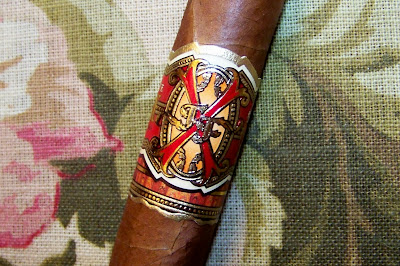 At the midpoint the richness is still there but the pepper has become a little more subtle. The finish has developed a rich vanilla flavor with subtle citrus notes. The orange notes are very rich. At this point I the cigar has been going for about one hour.
At the 3/4 point the rich orange notes have taken the lead over the cinnamon. The finish is about the same; sweet vanilla but there are some subtle almond notes on the spice and on the finish. The pepper is still subdued.
With about 2 inches left I removed the band. I believe the Opus X has one of the most beautiful bands of any cigar. 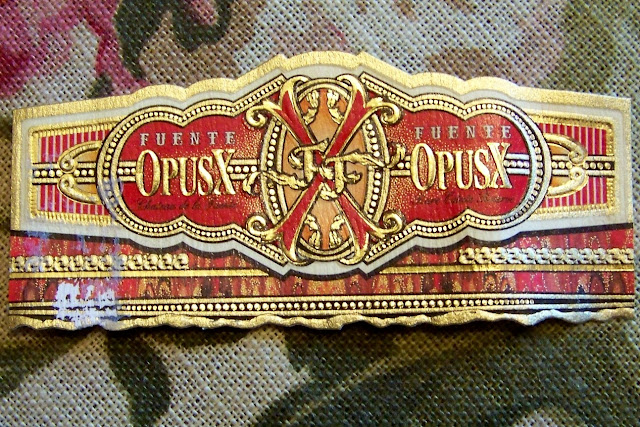 With about 1 1/2 inches left the cigar has lost some of the rich orange notes and the cigar has returned back to the intense cinnamon notes. It has returned to where it started! I found this very interesting!
To sum up, the cigar was one of cinnamon, rich orange citrus and a ton of black pepper. The finish was long with vanilla notes, then changed to rich vanilla, then to rich vanilla with almond.
I really enjoyed this cigar and highly recommend it.
Score: 95
Posted by Tim Rollins at 7/04/2011