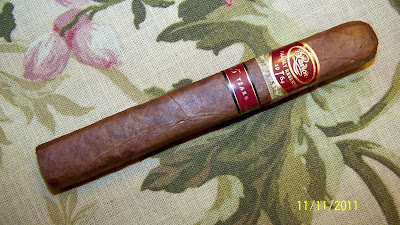 The cigar is all Nicaraguan. Padron introduced this cigar to commemorate 45 years in business and utilizes 10 year old aged tobacco. This cigar has been rated by other sites as high as 95 so let's see what I think of it. They cigar is available at CigarsDirect. 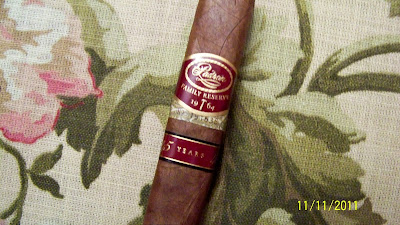 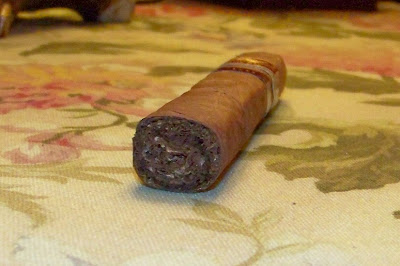 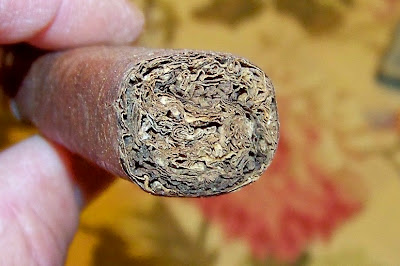 The test draw was effortless. At light up the cigar had several flavors. There was a ton of black pepper along with leather, roasted almonds, and grapefruit citrus. There were also coffee notes. The cigar feels full bodied even though we've just begun.

A couple inches in the flavors are numerous. There is about 60% black pepper with the other 40% being a combination of wine-like tangerine and roasted almonds with richness, and coffee. Just a few puffs later vanilla entered the equation. The finish has a little almond and vanilla flavor with lingering pepper. 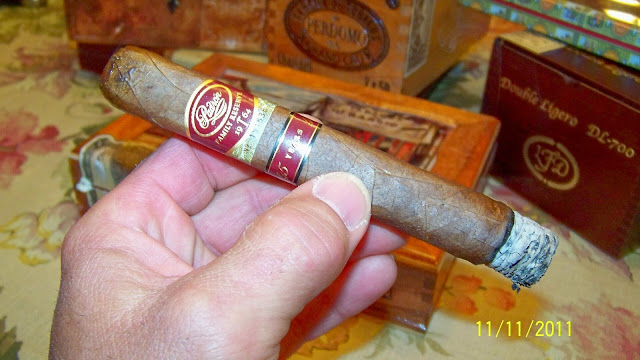 At the midpoint there were a lot of cinnamon notes and sweet richness. The tangerine citrus and coffee are still there along with the roasted almonds. The vanilla is subtle but it's still hanging around. The cigar seems to change from puff to puff. The pepper remains amazing with a large presence. The ash ranges from very dark to very light. I would call this a very complex cigar; it changes often.

At the point where I removed the band there were cedar notes and wood. The vanilla seems to be very intense at points. It was quite flavorful at this point. The tangerine citrus, cinnamon, and coffee are still present. The cigar is continually changing. The burn was pretty good. Square pressed cigars are always a challenge but I found the burn to be good. I smoked it slowly to achieve the best burn. The finish is now more of a rich, sweet vanilla with subtle almond notes.

Near the end of the cigar the rich, wine-like tangerine flavors returned. This is one of the most complex cigars I've ever had. There were a lot of cinnamon and wood notes here also. 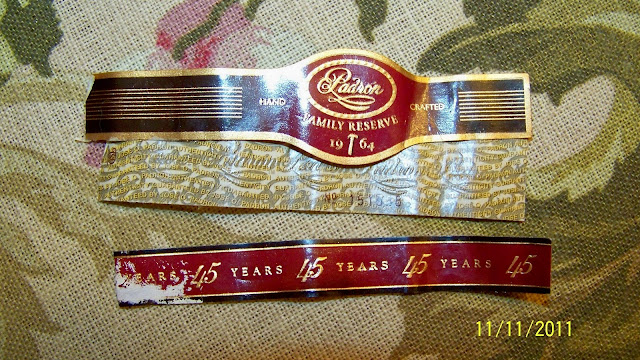 At the end of the cigar I found myself thinking back over the many flavors it had. It changed so many times. This is a great cigar worthy of high praise.