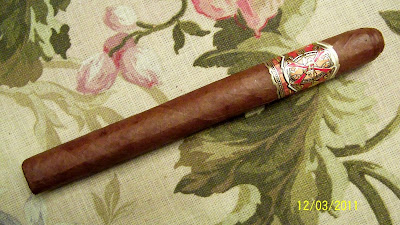 A simple beautiful cigar. This is a monster! One of the largest Opus X cigars. The cigar is masterfully constructed. It has a triple cap and the foot is slightly square pressed. 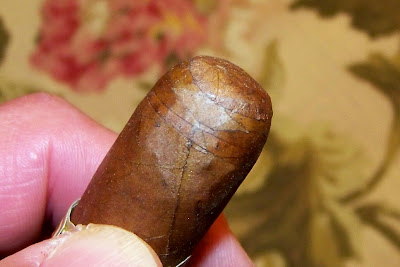 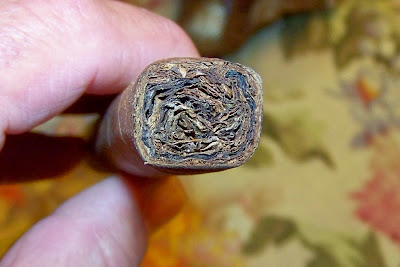 Containing full-bodied Rosado filler leaves and binder grown on the Dominican Republic’s renowned Chateau de la Fuente, a brand was born that would soon become one of the highest rated cigars among industry reviewers and publications, taking its place on prestigious “best of the best” and “top 10” lists. 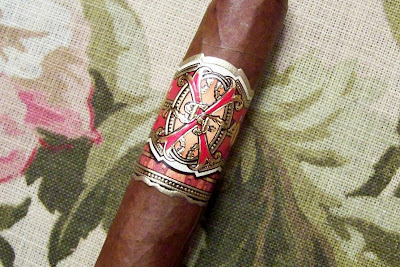 The test draw was just a bit firm. At light up the initial flavors were cinnamon, pepper, leather and some sweetness.

After a minute the flavors settled down into a peppery cinnamon with a sweetness of orange citrus with some vanilla notes. The finish is long with vanilla and lingering pepper.

About an inch in there were notes of sweet ruby port flavors along with cedar and a carbonated-like flavor similar to a soft drink. Yes, that's a weird way to describe a cigar but it's there. The cinnamon and vanilla are still good but the citrus has decreased somewhat. The cigar has made it's first change. 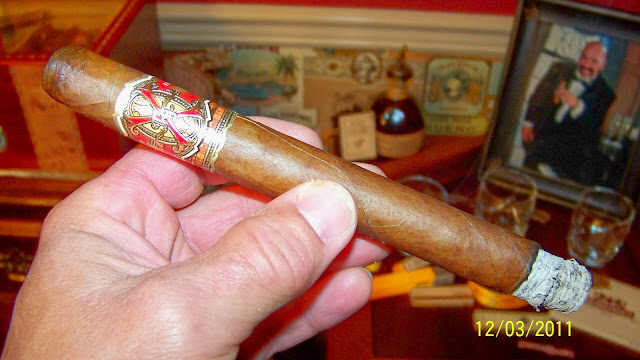 The cigar stayed consistent for quite awhile. At the midpoint the cinnamon is back on top with the port flavors taking second place. The finish is more of vanilla with those port flavors.

In the final third the port flavors are back. At this point I had to remove the band. The Opus X band is among the most beautiful in the industry. 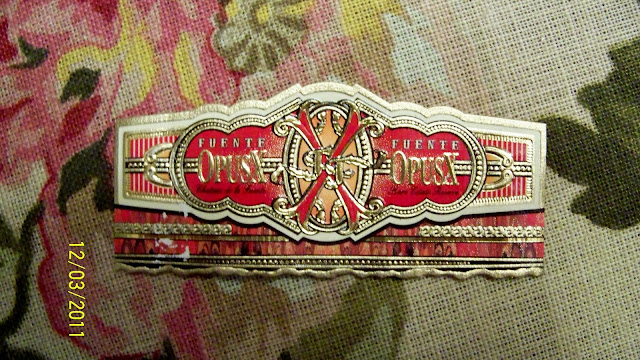 The cigar is full bodied but not an overwealming full bodied. It is very good. As always, I would smoke it slowly.