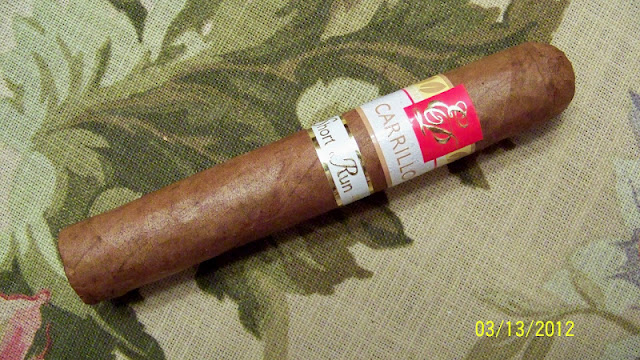 As you may remember, I reviewed the Invictos version of this cigar back on February 11th, 2012. In that review I described how much I liked the cigar and gave it a final score of 94. As we all know, different sizes of the same cigar often times have slightly different tastes. So, let's see how this cigar stacks up against it's longer brother. 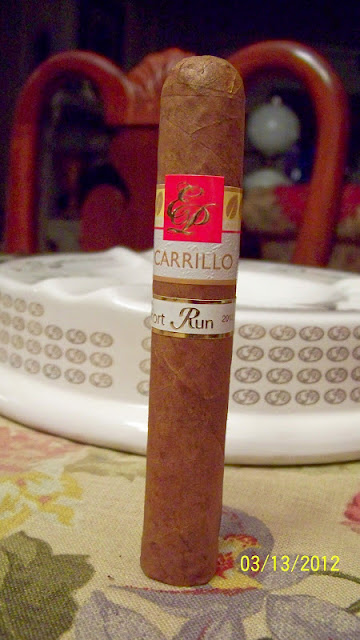 
Since this is a mid-week review there is no video review. However, there is one more size of this cigar that I am yet to review; the 6 1/4x60 Reinados. I will be reviewing this cigar soon and will include a video review with it because large ring cigars tend to have a slightly different taste when compared to the smaller ring versions. Look for it soon. 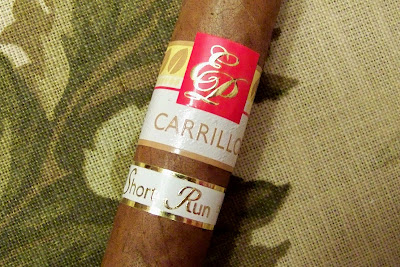 After cutting the cap the test draw was a little firm. The initial flavors were the beginnings of a rich vanilla combined with sweet tangerine citrus and lightly roasted almonds. There is also a nice amount of pepper mixed in the spice. The finish, at this early point, is roasted almonds.


At the 1/2 inch point the cigar has already developed richness. The almond notes have dropped off but what you're left with is a rich, sweet, tangerine citrus and great accompanying vanilla and a perfect amount of black pepper. The finish has changed from roasted almonds to sweet vanilla and the pepper is lingering now. There also seems to be a faint taste of white chocolate. It's best tasted as you expel the smoke. 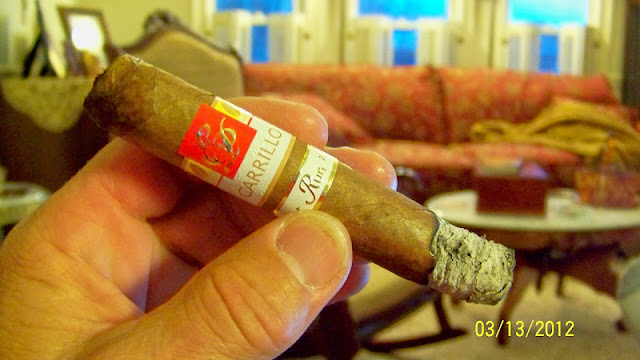 After about 2 inches the cigar developed what I like to refer to as port-like flavors. The cigar actually reminds me of a rich, tawny port. I love this! It's so rich! The flavors of tangerine citrus and vanilla are still there but they are so rich it tastes like tawny port. The finish is still a sweet, rich vanilla and the pepper is still lingering nicely but there are also notes of lightly roasted almonds. Look at that ash! It's very tight. 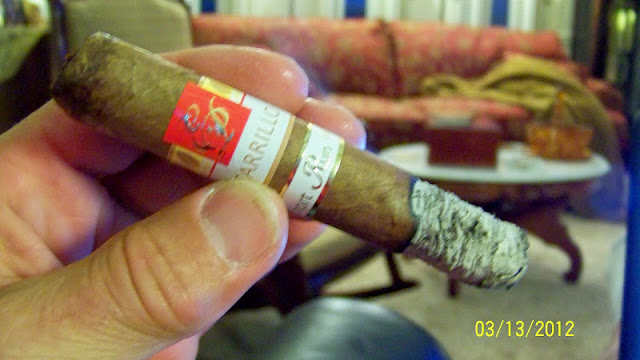 At the midpoint I can say this is a medium bodied cigar at best. Although it lacks power it more than makes up for it in flavor. The cigar is burning very evenly. 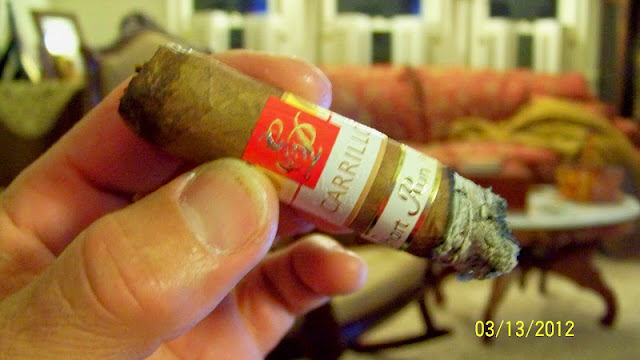 In the final third the intense tawny port flavors subsided just a bit but not enough to do the cigar's score much damage. The richness is still there and it's great. The cigar's pepper really make this a very enjoyable cigar. The finish is now more of a straight, sweet, rich vanilla and the roasted almond notes  have vanished. 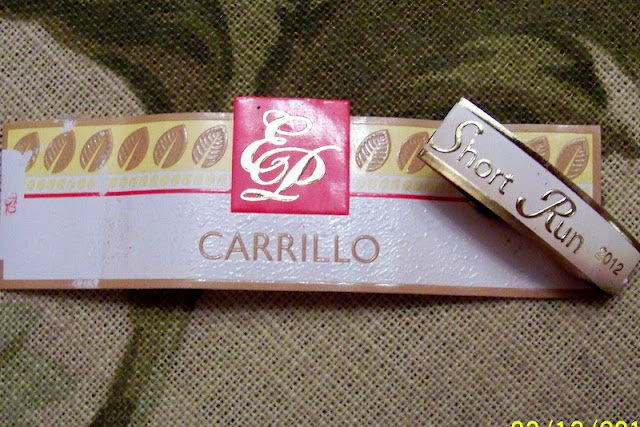 The cigar continued to be very enjoyable to the end. This is one of those cigars that you'll nub. Get a toothpick or some other low tech device and get every draw you can. This sucker should burn your fingers or the toothpick you stick in the side before you put it down. It's great! This cigar ended up medium bodied and took approximately 1 1/2 hours to smoke when smoked slowly for best taste. The Carillo's have really come up with another great cigar. These should be on store shelves now. Look for them and give them a try!

This article are very informative and illustrative.Perfect guide for cigar lovers. Thanks for posting.

Do you have a local to Columbia source?