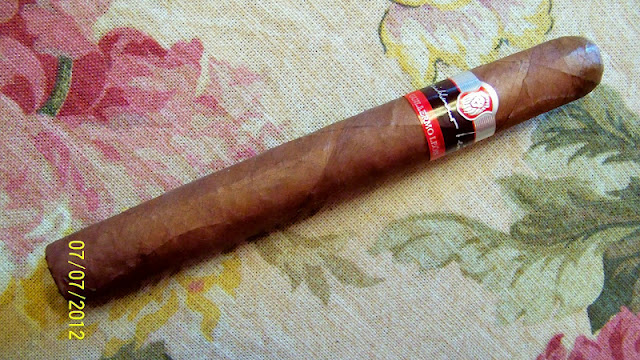 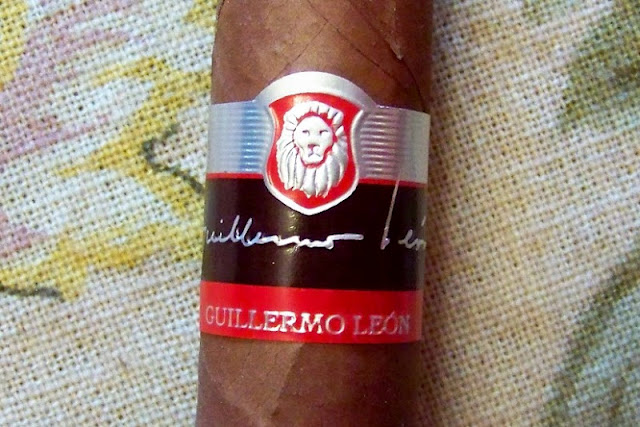 Guillermo Leon is the owner of La Aurora cigars and now has his own cigar named for him.


Guillermo Leon cigars sport dark brown Ecuadorian Habano wrappers, double binders of Corojo for strength and Cameroon for sweetness, and longfillers from the Dominican Republic, Peru, Nicaragua and Brazil. Says La Aurora vice president Guillermo Leon, "Obviously, this cigar is personal for me. It is part of my family's legacy for the past 107 years. I wanted something with deep complexity yet also a stronger smoke than most of our offerings."  (from Famous-Smoke.com)


Not many cigars can boast tobacco from this many different countries. In fact, I don't know of another one that does.


The cigar is dense and well made. Here is a shot of the foot and density. 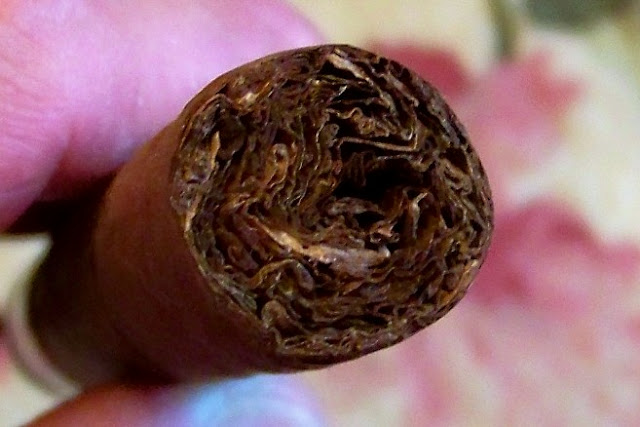 After cutting the cap the test draw was very good. The initial flavors were leather with some sweetness and pepper. I let the cigar sit for a few minutes. With this many tobacco regions represented the cigar should have some nice flavors. 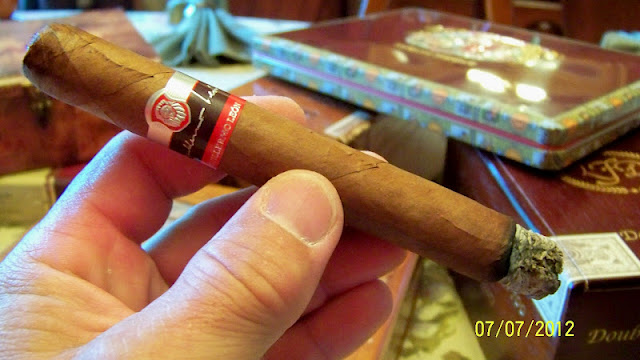 After a few minutes the cigar settled down into one of leather, sweet cedar and grapefruit citrus with a very nice amount of pepper. The finish was one of cream with some lingering pepper. The cigar had a nice start. The cigar feels medium bodied and it is burning evenly. The cigar is showing nice signs of richness already. 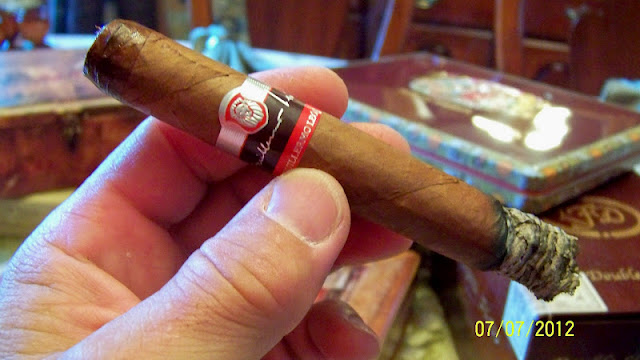 At about 1/2 inch in the cigar has become so rich it reminds me a lot of a tawny port. It tastes great. On the back end of the port spice you get the grapefruit citrus. The pepper remains very good. At this early stage the cigar has made a great change.

A couple inches in the rich tawny port remains very good. The leather has toned down some and on the end of the port there is a toasted flavor. Some of the richness has also transferred to the finish. It now has a cedar-sweet flavor with lingering pepper. Several seconds after the initial cedar you get a nice sweet cream. That was a nice transformation. This cigar has a lot going on and the flavors are quite rich. 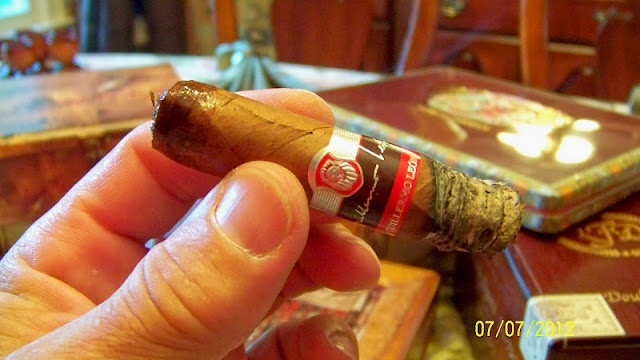 At the band the tawny port richness continues. The only change on the front end is the leather notes have given way to coffee notes. 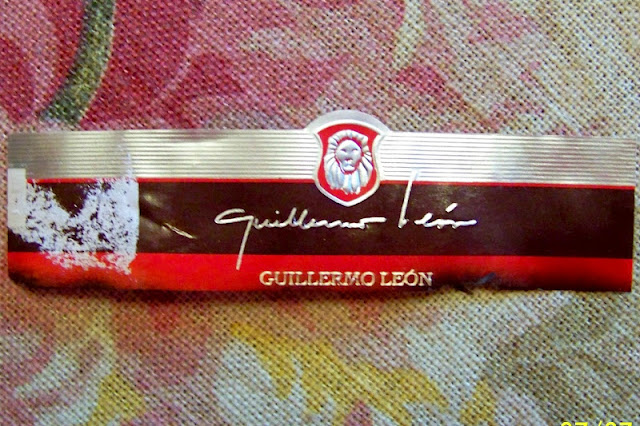 As the cigar wound down the richness continued nicely. I found the rich tawny port notes with coffee to be quite satisfying. The cigar did not have many major changes but you can't miss the richness. The finish of sweet cedar and pepper changing to sweet cream was very nice. This cigar was quite enjoyable and I suggest you try these as soon as you can. I very much enjoyed this cigar!