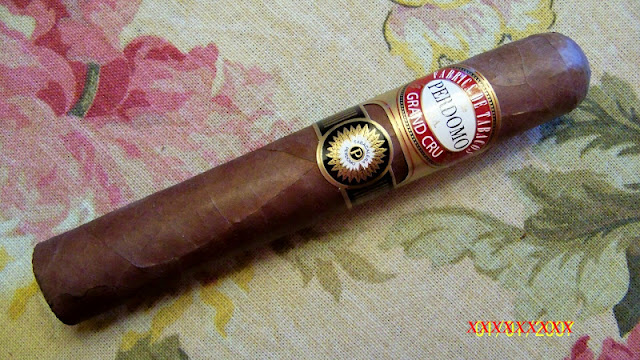 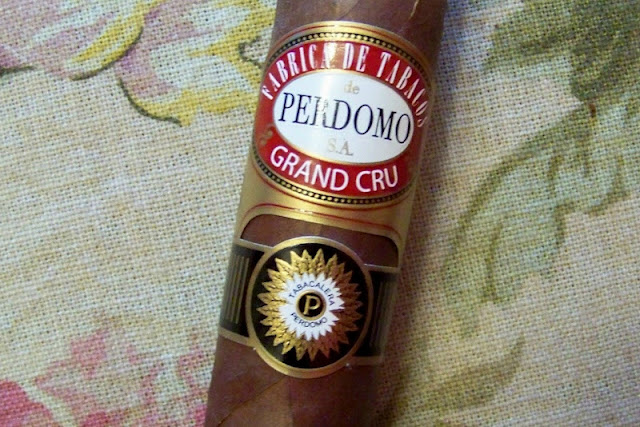 
Perdomo introduced the 2006 version of the Grand Cru at this year's IPCPR. Available in Sun Grown (reviewed today), Connecticut, and double maduro. This cigar represents the best tobaccos from 2006. There are 3 sizes in each version, all in a 60 ring gauge; Grand Robusto (5 x 60) MSRP $7.00; Grand Epicure (6 x 60) MSRP $7.75; and Grand Churchill (7 x 60) MSRP $8.50 per cigar (excluding state and local taxes). “We will completely absorb the SCHIP tax on the Perdomo Grand Cru 2006 as we do on all of our other brands,” states Nick Perdomo, Jr. “We are committed to providing the very best cigars at great price points for both retailers and consumers as we continue to experience tough economic times.” The Sun Grown version is a Nicaraguan “puro” with an oily reddish-brown Cuban-seed wrapper.

The band is huge and on the side is the Sun Grown designation. 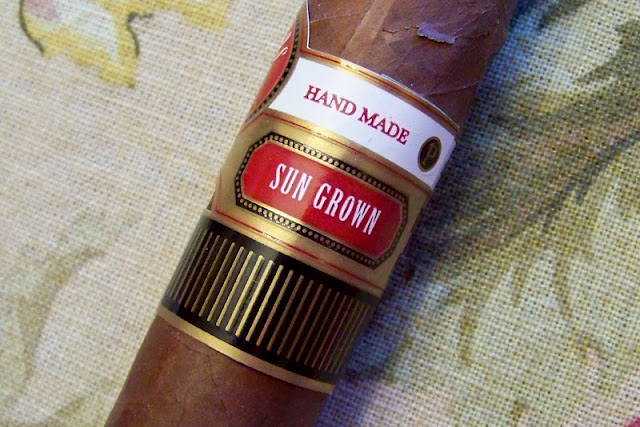 The cigar is heavy in the hand and feels very dense. 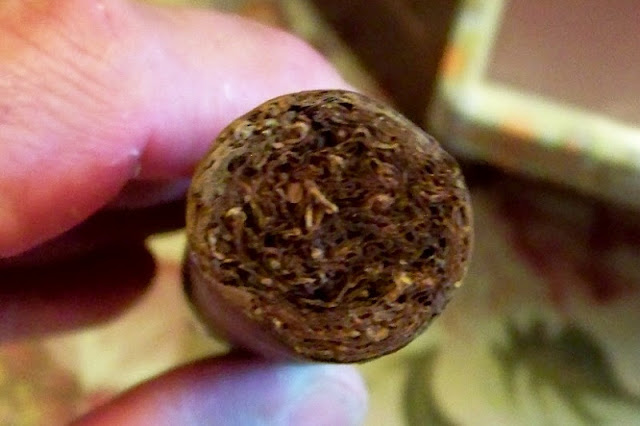 The test draw after cutting the cap was effortless. For a heavy, dense cigar the draw was great.

The initial flavors after light up were sweet notes of cream and a nice amount of pepper. There are beginnings of what appears to be citrus. So, I let the cigar sit for a minute to come into it's own.

Maybe 1/2 inch in the flavors settled down into a sweet tangerine citrus with a touch of richness with some cream. The pepper is a 6 out of 10. There is also coffee and wood bottoming out the spice. The finish is a vanilla with light sweetness and some lingering pepper. The citrus has a tingly pop to it, almost carbonated. It has an effervescence to it that is quite pleasing. As you can see, the flavors at this early stage are quite nice. 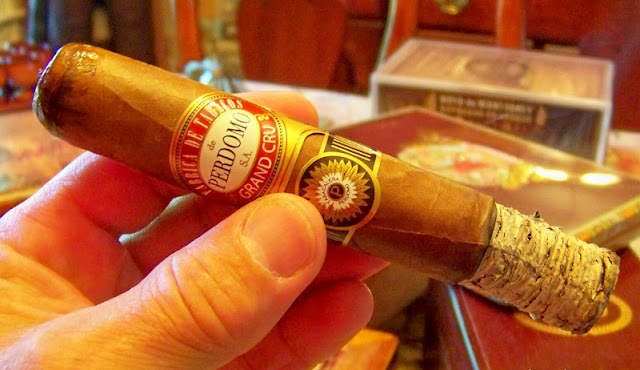 About 1 1/2 inches in the cigar is burning perfectly. The spice has gotten a little richer. Every once in a while you get a wisp of cherry. The draw is perfect. 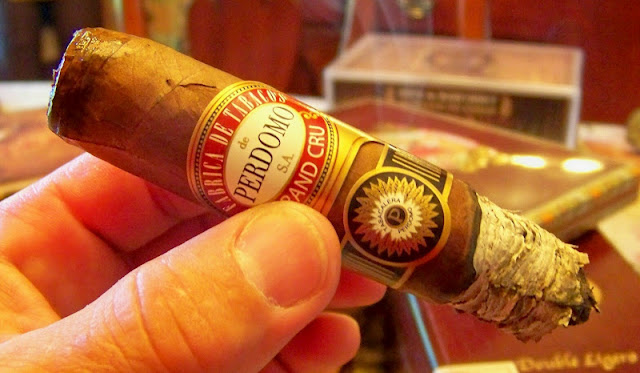 At the band the flavors are largely unchanged. The finish has some hints of citrus and wood in addition to the vanilla. The cigar continues to burn very nicely. The cigar is medium to full bodied. 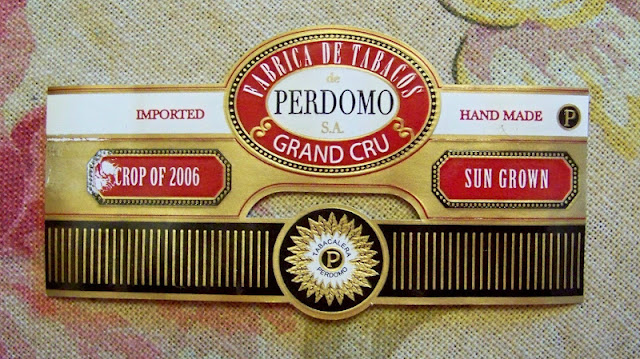 As the cigar wound down it continued to be very tasty. At the end it may have been a little richer than it has been previously. I have been very impressed with what Perdomo has been producing lately. This cigar is also included in that recent success. The cigar is not complex. The flavors were very good and for the most part very consistent. I'll be buying more of these. They are very good.