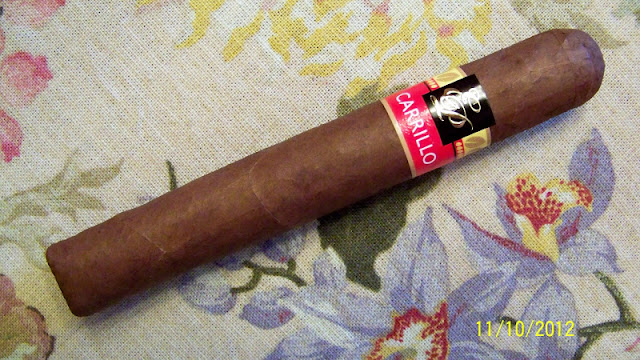 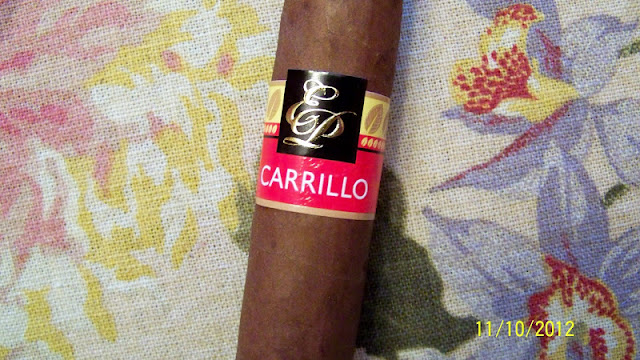 They come in 3 sizes:

The Carrillo's call this the "richest, most full bodied cigar in the E. P. Carrillo portfolio".

These cigars were suppose to ship to shops in late October so they should be on shelves now.

These cigars are signified by the black box with the "EP" lettering and "Carrillo" surrounded by red.


I have one each of the natural and the maduro Cardinal Series. Here are the two cigars side by side. 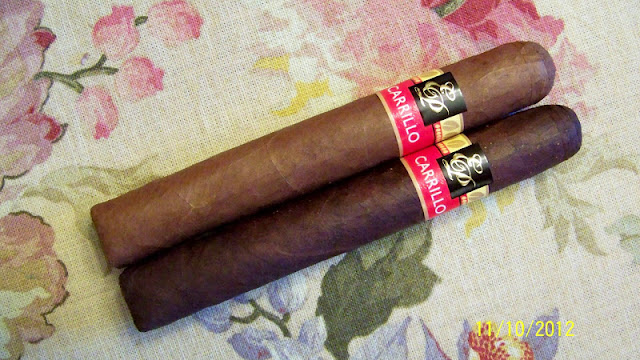 The cigar is flawlessly made with no veins. It is a beautiful dark brown with nice density. 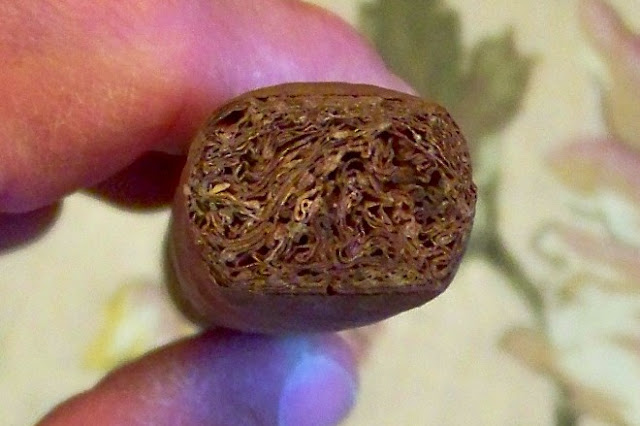 The test draw after cutting the minimum from the cap was very good. The initial flavors at light up were a very peppery, sweet, rich cedar with some leather. On the pepper scale that I established this cigar is a 7. I would call this black pepper also. The cigar is medium bodied at this point. 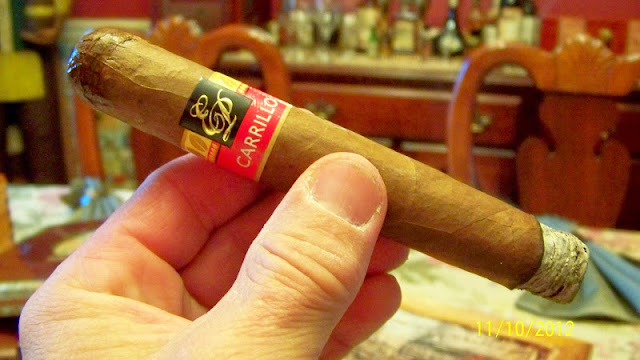 About 3/4 inch in the flavors are just about as previously described. The cedar is very sweet with some richness. Also, there is an additional flavor with the cedar that tastes a little like dried oranges. By that I mean it tastes like an orange candy. The black pepper is very good. The leather notes are subtle but they give the cigar depth. The finish is one of a sweet cream, almost on the par of a vanilla yogurt. The finish has some thickness to it. There is also a nice amount of lingering black pepper. 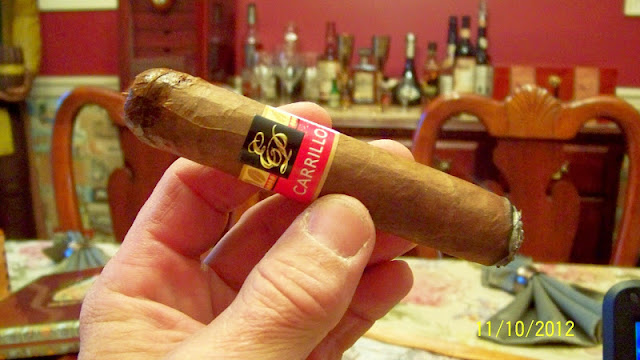 A little over an inch in the flavors could be described as rich, sweet cedar with a nice tawny port. At times, on the initial draw when you expel the smoke through your nose, you get a wisp of cherry which quickly changes into the cedar and tawny port flavors. The leather continues to give it depth and a base. The pepper is unchanged as well as the finish. The cigar is medium to full bodied. This cigar is candy-like. It is very good. 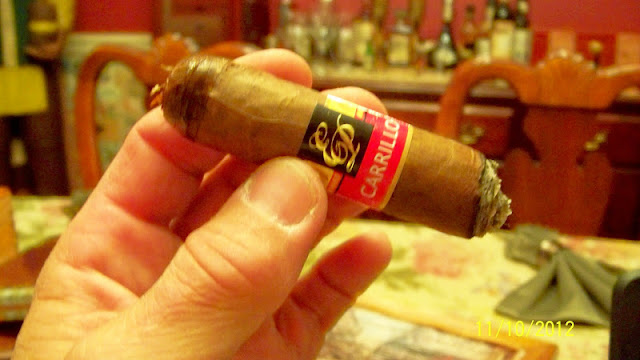 Just past the midpoint the cedar notes are much more forward. The tawny port is subdued. The leather is more prominent but there are also notes of oak now. The pepper and finish remain unchanged. This cigar has a nice richness that is very pleasing. 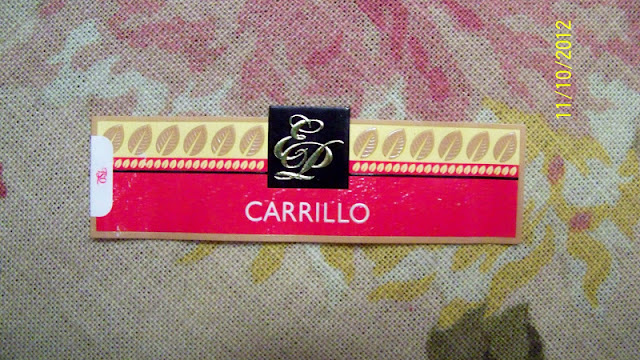 At the end of the cigar the cedar notes are much more prominent and they continue to be rich and sweet. There is an underlying citrus note that is somewhat like the beginning of the review; dried oranges. The leather notes are more prominent and the oak flavors are very subtle. The pepper and finish remained unchanged. This is the only cigar I have to sample but I do not believe my opinion would change if I had more. The cigar ended up medium to full bodied. This was a great cigar. In fact, this is the best cigar I've had this year. I loved it. Look for them now.

I love the EP Carrillo