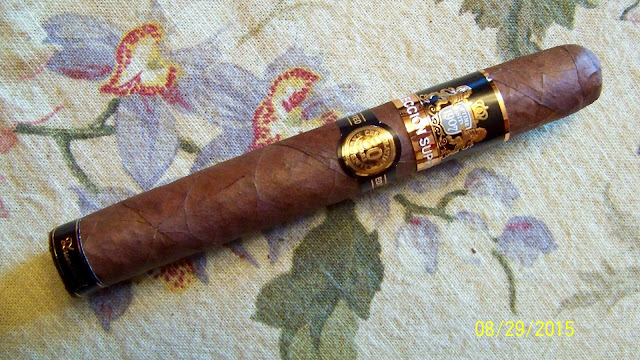 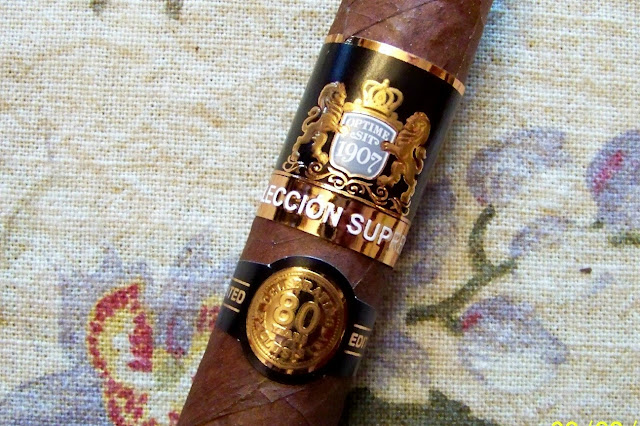 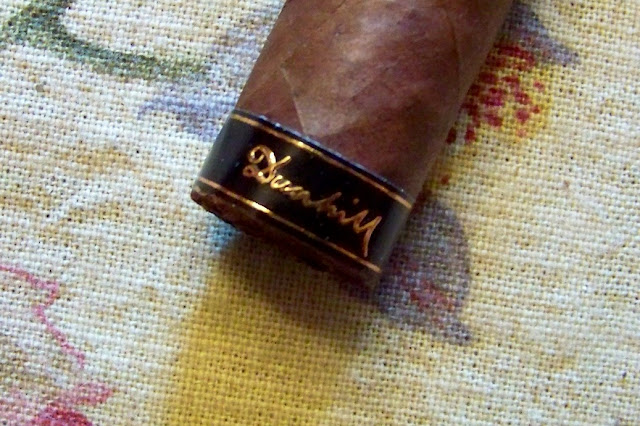 (portions of cigar info below taken from Cigar Coop website)

This is the first review of the new cigars from General Cigar.

With this edition Dunhill Cigars is commemorating the 80th anniversary of the Don Candido line – the first line exclusively made for Dunhill. The cigar was showcased at the 2015 IPCPR Trade Show.

In a press release, Steven Kron, regional account manager of Dunhill Cigars said, “Don Candido was the first cigar ever manufactured solely for Dunhill, thus beginning the brand’s legacy of exclusivity. It is with great pride that we debut Selección Suprema, a cigar that honors Dunhill Cigars’ commitment to bringing the very finest handmade cigars to connoisseurs throughout the world.”

The Dunhill Signed Range Selección Suprema is a limited production cigar described as the brand’s most exclusive to date. It features a blend consisting of a Jalapa Shade wrapper, Connecticut Broadleaf binder, and fillers from Jalapa, Esteli, and Brazilian Mata Fina.  The cigar is being made in one size – a 6 x 50 Toro packaged in 8 count boxes.  Each cigar will have a suggested retail price of $20.00.

The Dunhill Signed Range Selección Suprema is expected to arrive in stores this October, 2015.

Vitolas Available
The Dunhill Signed Range Selección Suprema is available in one size – a 6 x 50 Toro.

The cigar is very well made and is a dark brown in color. It is quite dense and has a weighty feel in the  hand. 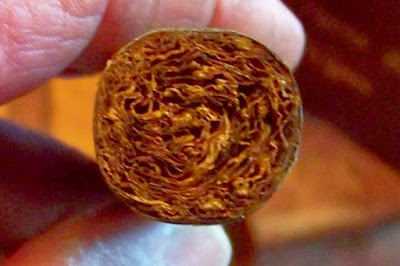 The test draw after cutting the cap was perfect; just a touch of firmness. The initial flavors were sweet boysenberry, leather, black coffee, and a touch of earth with black pepper at a 7.5. 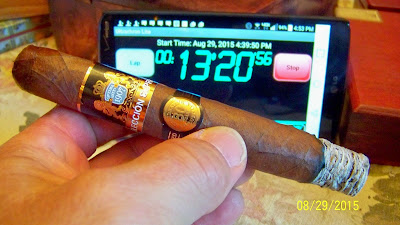 About 3/4 inch in the flavors are now a sweet cedar, white chocolate, and brown sugar. The leather is subtle and smooth. The coffee is still the base. The finish is a cream and white chocolate combination with some lingering black pepper. The cigar is burning perfectly. The cigar is medium to full bodied in flavor; not power, but I feel sure the power is coming. 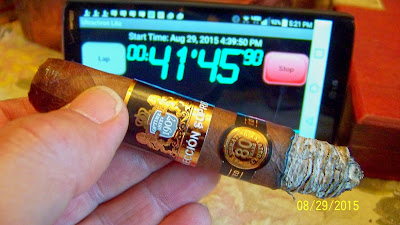 Around the midpoint the white chocolate and brown sugar are very prominent. The sweet cedar is still there but subdued, along with the leather. The coffee remains a nice base. The cigar is very sweet at this point. The cigar is still medium to full bodied but it is moving upward. 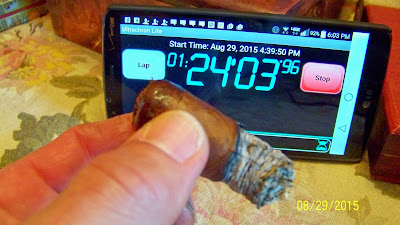 The cigar ended full bodied. The brown sugar and white chocolate are the stars of this cigar. The leather is very manageable and nice. The sweet cedar remained somewhat subdued but very nice. The coffee made a nice base and gave the cigar added depth. The pepper remained very good throughout. The finish was unchanged. I enjoyed this cigar quite a bit. At $20 apiece it would fall in the celebratory cigar category for me but it is a must try. Very good cigar. Remember, these will be available in October of this year so look for them anywhere that carries Dunhill Cigars.