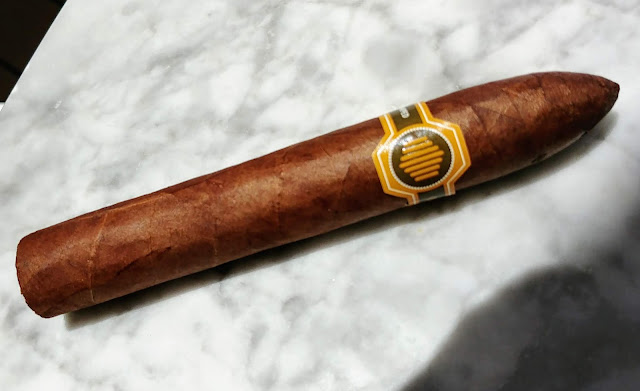 (Description taken from Cigar-Coop.com website)
Along in 2015 came Black Honey, which was a mashup between the El Oso and La Colmena blends. Essentially Black Honey would take the Habano Oscuro wrapper found on El Oso and place it on a tweaked blend of La Colmena. The release was extremely limited as the production run was limited to 60 bundles of ten cigars (600 cigars total). Since its early release in 2015, the Warped Black Honey became one of the company’s most sought-after releases. It wouldn’t be until 2017 when Black Honey would return as an ongoing small batch release project.

Blend Profile
As mentioned above, Black Honey places the Ecuadorian Habano Oscuro wrapper found on El Oso over a slightly tweaked blend from the La Colmena line. This includes fillers from Nicaragua and the Dominican Republic and an Ecuadorian binder.

Vitolas Available
Black Honey features a 5 x 48 Belicoso. This is the same size as a limited edition vitola of La Colmena known as the Unico Especial. The Unico Especial featured a “stinger” found on the footer (This was basically a covered footer, but the covering is bunched toward the center of the footer creating a unique tail-like effect on the cigar). Black Honey does not feature “The Stinger”. Black Honey continues to be packaged in ten-count bundles.

The cigar is a medium brown and the foot looks nicely packed. 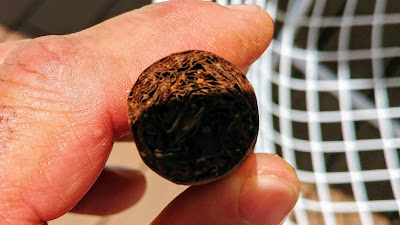 The test draw after cutting the minimum from the belicoso cap was a tad firm but workable. The initial flavors at light up were honey (rather appropriate), cedar, cinnamon, and nutmeg. There was a white pepper which I rated a 6 1/2. The initial flavors in this cigar are very sweet...and nice. 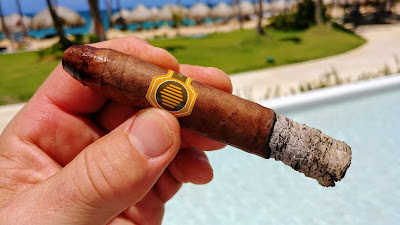 About an inch or so in (15 minutes) the flavor notes are just like I initially described but even more pronounced. There is also a very light black coffee base which could almost be mistaken for a deep, dark brown sugar flavor. The honey is extremely sweet but it is somewhat contained by the nutmeg notes. The cinnamon notes accentuate the honey and the cedar rounds it out. This is a very good cigar if you like a sweeter cigar with light dark notes. I am enjoying this cigar quite a bit. I rate the first third at a 93. 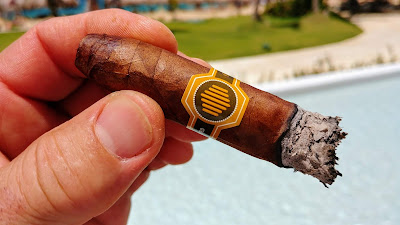 At the midpoint (29 minutes) I started getting caramel notes which add more sweetness to the cigar. The other notes are still in play giving the cigar a very sweet profile. I would call the cigar a low grade medium to full bodied. You now have honey, cinnamon, caramel, nutmeg, cedar, and a light black coffee base. With the added sweetness of caramel notes I am loving this cigar. I am raising the midpoint score to a 94. 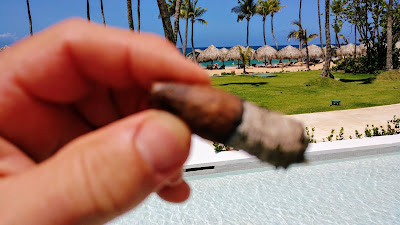 The cigar lasted 48 minutes. The cigar was just as smooth as it was sweet. The cigar is very appropriately named with so much sweetness from honey. The other sweeter notes of caramel just add to the overall sweetness. The cedar and nutmeg were also nice and the low level black coffee kept the cigar from being too dark. The cigar ended close to full bodied. The finish was also sweet with a honey-like flavor. I can see why these cigars are so sought after. I was lucky enough to find a bundle of 10 and I'm glad I did. Seek these out and buy them. They are not cheap but neither is the flavor. I rate the second half score also a 94. I found and purchased my Black Honey cigars HERE. 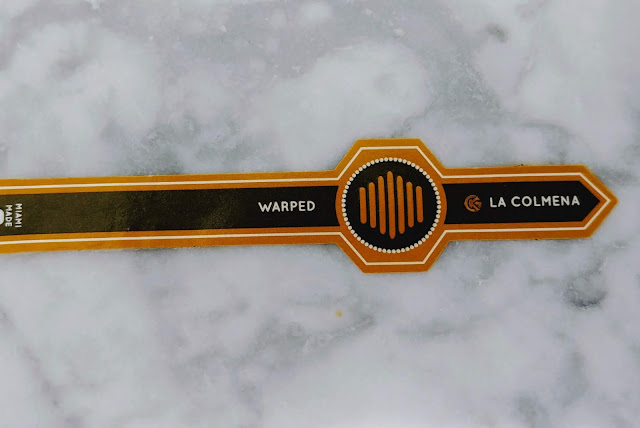