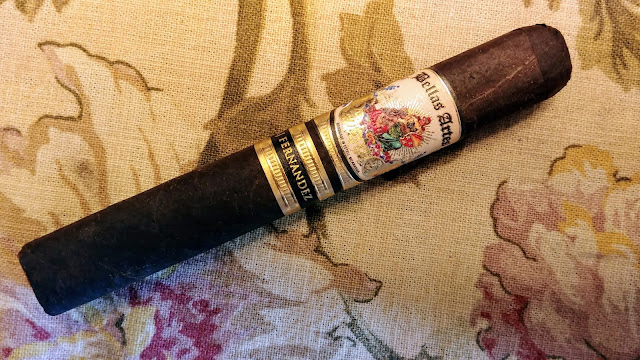 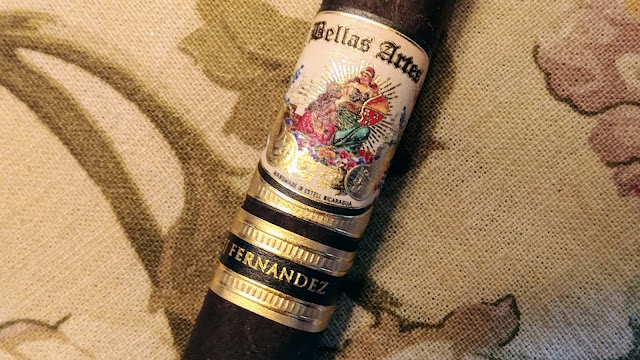 (Description taken from Cigar-Coop.com website)
The Bellas Artes brand from AJ Fernandez is going dark. Cloaked in an inky, Brazilian Mata Fina wrapper, Bellas Artes Maduro will be released at the upcoming IPCPR trade show this summer, and it’s blended with plenty of tobacco that Fernandez grows himself.

The Bellas Artes Maduro will feature a Brazilian Mata Fina wrapper, San Andres binder, and all Nicaraguan fillers from Fernandez’ farms. The cigar will be available in four box-pressed sizes – each packaged in 20-count boxes.

While it’s a maduro counterpart to Bellas Artes, the Maduro uses different tobaccos for the binder and filler.

The cigar is absolutely beautiful; very dark and very well made. It has a slightly oily wrapper. The cigar has a good feel in the hand. 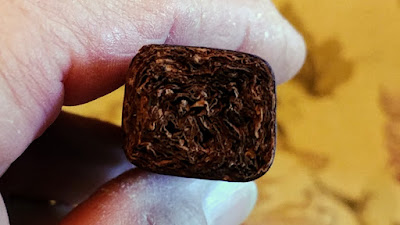 The test draw after cutting the cap was very good. The initial flavors (which you get immediately after light up) were sweet chocolate, brown sugar, tangy citrus, black coffee, and nutmeg. There was nice black pepper which I rated at a 7. There are a lot of nice chocolate notes in this cigar with a lot of sweetness from the brown sugar. The tangy citrus is also very nice. 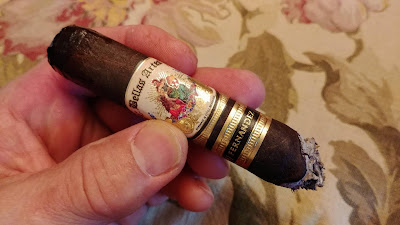 At the first third (24 minutes) the chocolate notes are amazing. They have a bit of richness to them and I believe it's coming from the combination of creamy nutmeg, brown sugar, and citrus. There are no buttery notes but the cigar still seems rich. The black coffee make the cigar very deep and dark noted. The cigar is medium bodied at this point. The cigar is quite impressive. Very dark noted and very sweet. For the first third I rated the cigar a 95. 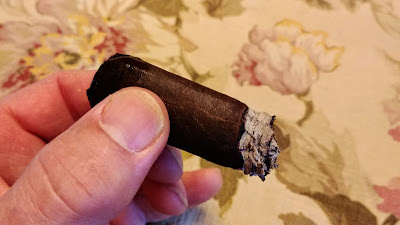 In the second third (56 minutes) the cigar lost some of it's sweetness. Not a lot but it was slightly decreased. But, you still had the basic flavors as originally. There are more nutmeg notes now. The finish is one of chocolate, nutmeg, and a minor amount of citrus. There was a nice amount of lingering black pepper. The pepper on the front end is up to between 7 1/2 and 8. Due to the loss of sweetness I dropped the second third score to a 93. 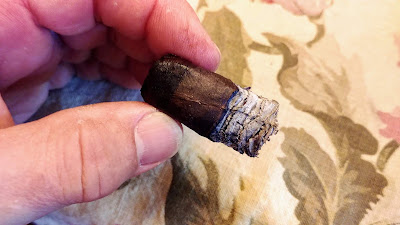 The cigar lasted 1 hour 14 minutes. In the final third most of the sweetness returned. There are a lot of black coffee notes in the cigar now. The tangy citrus with brown sugar is back up to near beginning amounts. The nice, sweet chocolate notes are just amazing. The nutmeg is in an amount that is workable and nice. I love the combination of flavors in this cigar. The finish is unchanged. These are on shelves now and I highly suggest you try them. This is an absolutely wonderful maduro cigar. I rated the final third at a 94. 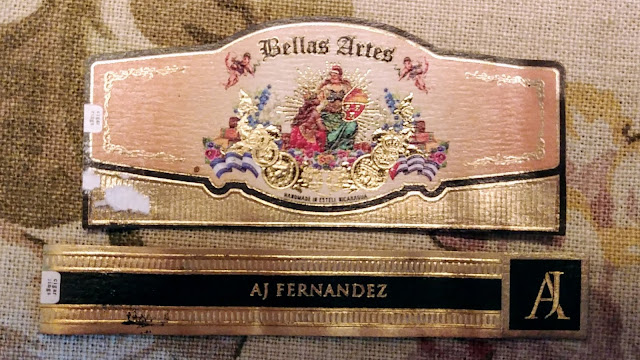