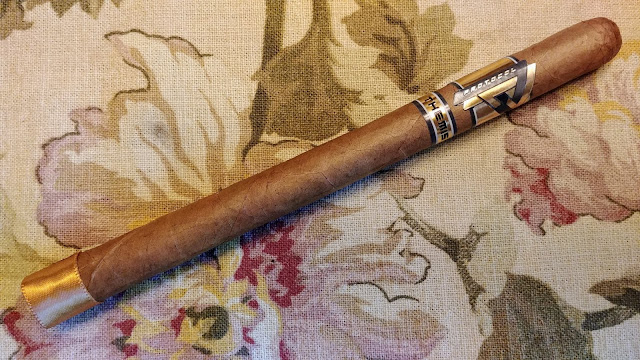 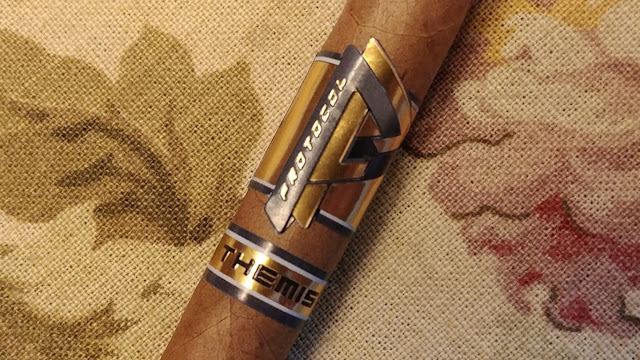 Cubariqueño Cigar Co. announces the release of the Protocol Themis Lancero for the 2018 IPCPR. This is the company’s third lanceo offering. Following the success of their prior lanceros which both took #1 Cigar of the year for 2016 on Cigar Federation and 2017 on Tiny Tim’s Cigar World, the company says they will continue with more lancero releases. The cigars are being produced at Erik Espinosa’s LaZona Factory in Estelí, Nicaragua. The Themis Lancero will be available in a 7 1/2 X 38 format in boxes of 10.

The name of the cigar keeps to the company’s law enforcement motif as partners Bill Ives and Juan Cancel both serve as law enforcement officers. It also pays tribute to the Greek heritage of managing partner William Agathis. This is because Themis is the name of the Lady of Justice symbol Themis who was the Titan goddess of divine law and order. According to Cubariqueño, the Themis was the brainchild of Agathis who worked closely with La Zona’s Hector Alfonso Sr. to create the blend.

I reviewed the Themis robusto in June, 2017. It received a score of 91. Very respectable. But, as we all know this is a lancero and history tells us that lanceros have better flavors, as a rule. Will this cigar live up to the lancero rule?

The cigar is a golden brown and the gold foil band really stands out. It looks like actual gold. It has an average feel in the hand for a lancero. 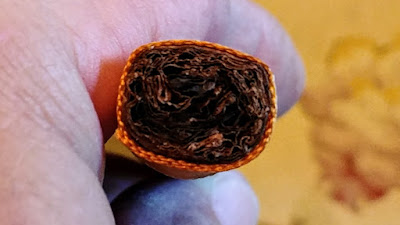 The test draw after cutting the cap was a bit firm but I worked around the cap with my thumb and finger to loosen up the draw very nicely. The initial flavors at light up were a very tangy, sweet orange citrus. It almost tastes like a literal orange! There was also a lot of white chocolate, along with brown sugar and cinnamon. There was a light black coffee base. There was also black pepper which I rated at a 7. You don't notice much of the black coffee base as the sweet, juicy, orange citrus jumps out at you and holds your attention. 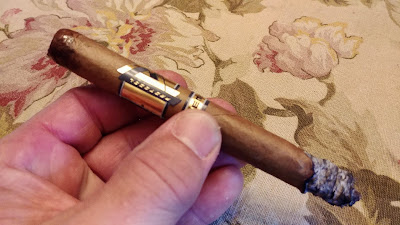 At the first third (23 minutes) the flavors are just like they were originally. This type of orange citrus flavor is right in my wheelhouse. I love the sweet, tangy notes this cigar has. And the white chocolate adds even more sweetness. The cinnamon and brown sugar notes stand out, as well as the black pepper. The finish is a toasted cream with nutmeg and a very nice amount of lingering black pepper. The cigar is medium bodied leaning toward medium to full. For the first third I rated the cigar at a 94. 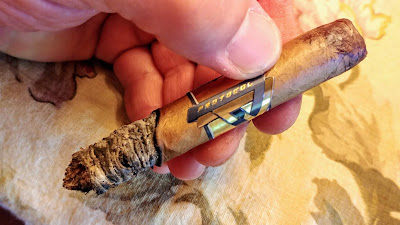 The second third (44 minutes) had some changes. There are now nutmeg notes on the front end. The brown sugar is somewhat elevated and the extreme sweetness of the orange citrus has decreased, probably due to the nutmeg notes. The mix is actually very good. The pepper has moved up to a 7 1/2. It is very good. The cigar is now medium to full bodied. The finish is basically unchanged. The cigar is still very good and sweet. The flavors have somewhat jostled around and there is now nutmeg to go along with them. For the second third I maintained the score of 94. 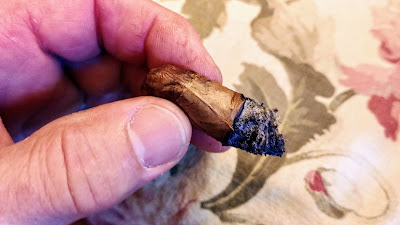 The cigar lasted 1 hour 2 minutes. In the final third the coffee notes that floated around the bottom really became elevated taking away more sweetness. The sweetness is still there but it's equaled by the black coffee notes. The nutmeg notes also steal some of the sweet notes. But, you still had nice brown sugar and cinnamon notes. The finish is unchanged and the cigar is medium to full bodied. With the elevated coffee notes taking away some sweetness I am lowering the final third score to a 93. But, this is an excellent cigar. I loved the juicy, sweet, orange citrus notes. Another winner from Protocol. 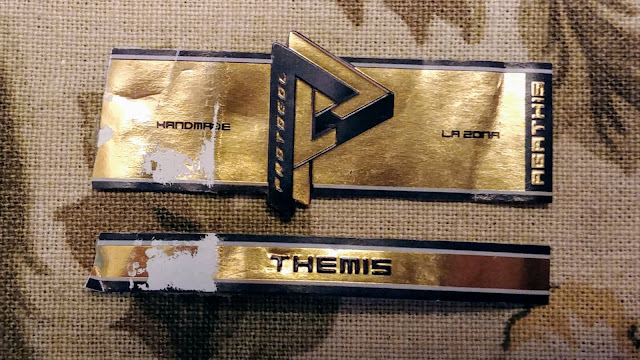