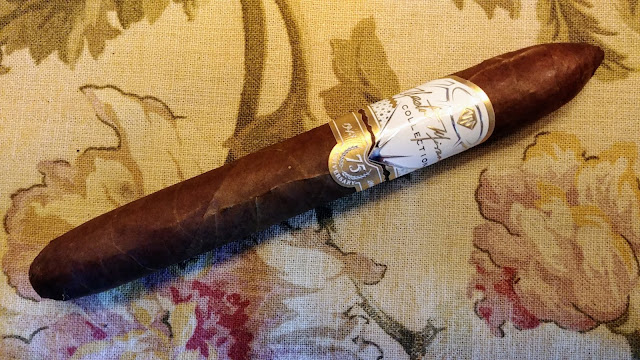 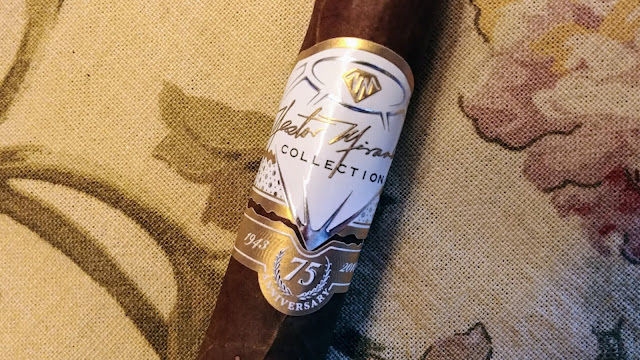 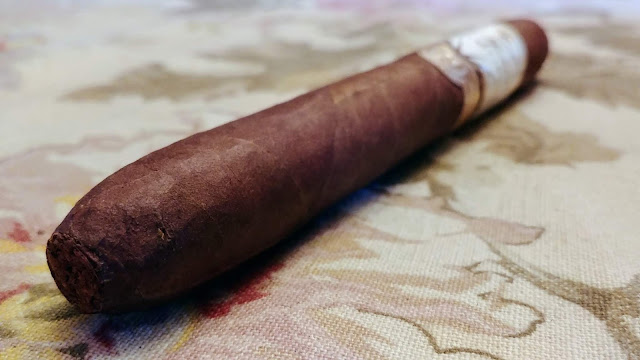 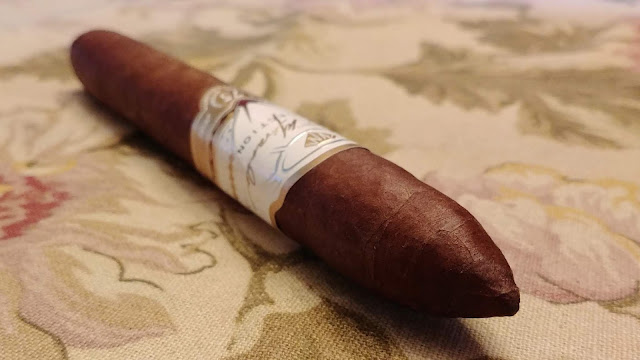 (Description taken from Cigar-Coop.com website)
Nestor Miranda’s 75th birthday cigar is getting ready to hit the shelves. (The cigar pays tribute to Nestor's birthday rather than the age of the company, which is only 22 years old. Nestor's birthday is on Valentines Day) On Friday, September 28, 2018, the Nestor Miranda Collection 75th Anniversary cigar had a national launch at Cava Cigars in Miami, Florida. Members of the Miami Cigar and Company team, including Miranda, was on-hand for the celebration.

“We’re so excited to introduce this exquisite cigar to cigar smokers,” said Miranda in a press release. “Angel has done an amazing job at Cava, and we’re honored to introduce my 75th Anniversary cigar at his store.”

Produced at the My Father Cigars factory in Estelí, Nicaragua, the Nestor Miranda Collection 75th Anniversary cigar is a 100% Nicaraguan puro. It is available in one size – a 7 1/4 x 57 salomon. The cigars are packaged in 15-count boxes with total production is slated to be 1,000 boxes. The cigar was showcased at the 2018 IPCPR Trade Show.

The cigar is absolutely beautiful. I love the salomon vitola. The cigar has an average feel in the hand for a cigar of this size. 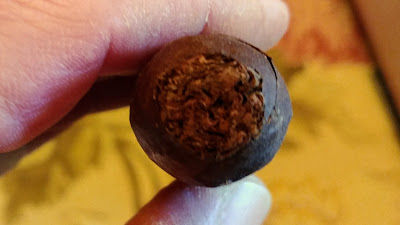 The test draw after cutting the cap was good. The initial flavors at light up were a candy-like orange citrus with a lot of brown sugar and cinnamon attached. Those three mix well and are in about the same percentage. There is a touch of nutmeg bridging over to a modest amount of black coffee. There was white pepper initially which I rated at a 7. The cigar has a nice sweet start. 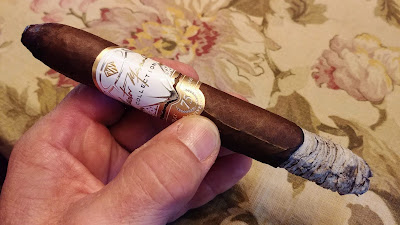 At the first third (28 minutes) there are a lot of caramel notes giving the cigar even more sweetness. The pepper has changed over to a black pepper. The cigar is medium bodied at this point. There are still a lot of sweet notes in this cigar; candy-like orange citrus, brown sugar, cinnamon, and caramel. The nutmeg is still at a low amount, as well as the black coffee. The finish is one of caramel and nutmeg with a minor amount of lingering black pepper. The cigar is very sweet, which I like, but I am looking for it to develop more darker notes to balance it out. For the first third I rated the cigar a 92. 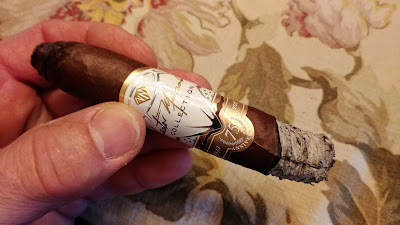 I decided to come back at the midpoint (50 minutes) because the things I was looking for are starting to happen. The black coffee, black pepper, and nutmeg are elevated giving the cigar more balance. I am including the black pepper as a lower level flavor in this case. You still have the massive sweet flavors but with the elevation of the darker notes the cigar is better and more balanced. I rated the midpoint score at 94. 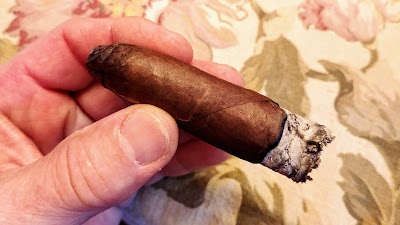 The second third (1 hour 10 minutes) had light leather notes combining with the nutmeg. The cigar is medium to full bodied. The cigar has an effervescence to it, somewhat like you would get from a carbonated drink. The main flavor is more of a sweet cedar now instead of an orange citrus. Still plenty of caramel, brown sugar, and cinnamon notes. And, the nutmeg, light leather, and black coffee are nice lower level flavors. The cigar seems to be changing, although I would not call it complex. The finish is unchanged and very sweet with more lingering black pepper. The flavors mix very well and they are quite enjoyable. I rated the second third score at 95. 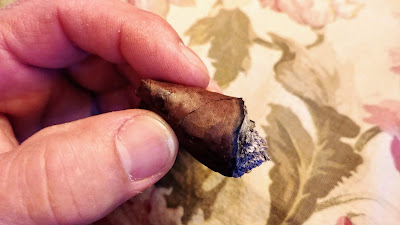 The cigar lasted 1 hour 32 minutes. In the final third I lost the effervescence and the black coffee notes increased a bit. The leather remains light but it combines with the nutmeg nicely. The sweeter notes are unchanged and still very nice. The cigar reached full bodied in the final third. The finish is unchanged and very good. The black pepper is very good in this cigar, on both ends. For a high priced, anniversary cigar this has been very good. Is it worth it? Probably. I'd highly recommend it to anyone. Due to the loss of effervescence I lowered the final third score to 94. But as you can see I very much enjoyed this cigar. You can purchase these cigars HERE and they are available in singles. 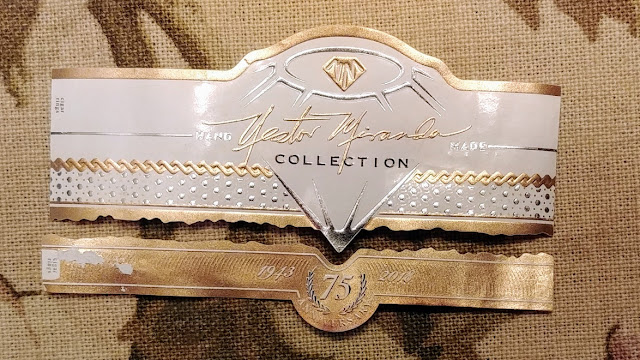