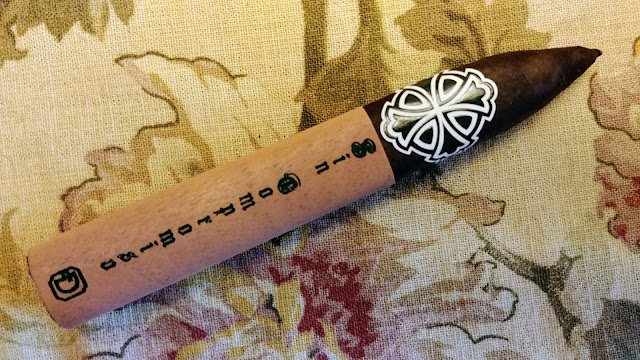 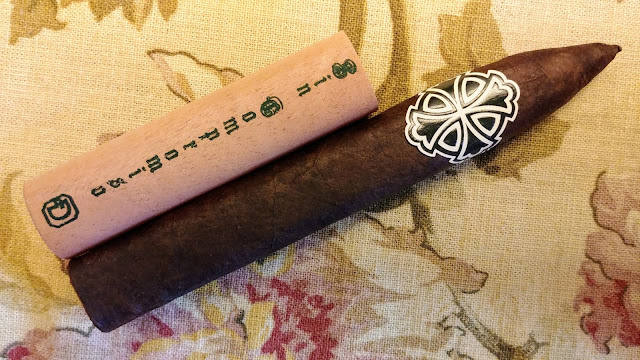 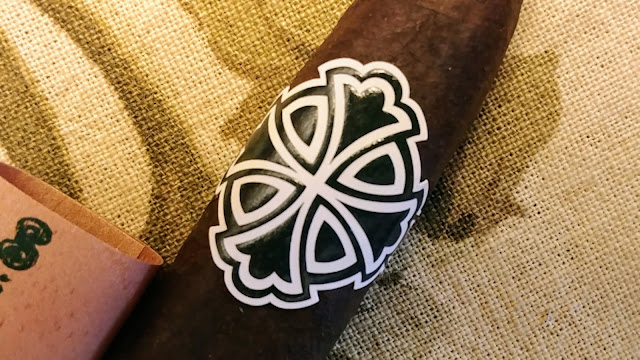 (Description taken from Cigar-Coop.com website)
The new release from Dunbarton Tobacco & Trust is Sim Compromiso. It is the first box-pressed blend to be released by Steve Saka.

“Sin Compromiso is the result of over three years’ of experimental black tobacco harvests in Mexico, Ecuador and Nicaragua and the culmination of my experiences as a cigar blender,” stated Saka in a press release. “The marquee’s name translates to ‘no compromise’ and that is the exact approach I took when creating this cigar. This blend is a direct reflection of all the skills I have learned and developed over the last twenty plus years and I am genuinely excited to share it with my fellow cigar smokers.”

The cigar is box pressed and very dark. Even the foot shows how dark the filler tobacco is. 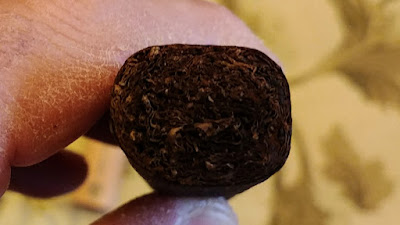 The test draw after cutting the torpedo cap was good but I decided to use the PerfecDraw tool to make it "perfect".  The initial flavors at light up were a citrus/papaya combination, quite a bit of cinnamon, some brown sugar, nutmeg, quite a bit of dark roasted black coffee and semi-sweet dark chocolate. There was a nice amount of black pepper which I rated at an 8. The cigar is very dark noted but there are nice sweeter notes to counteract them.

About one inch in (15 minutes) the cigar settled down to some different flavors; cedar, cinnamon, brown sugar, nutmeg, molasses, dark chocolate, black coffee. The finish is a nutmeg/caramel type flavor with a nice amount of lingering black pepper. 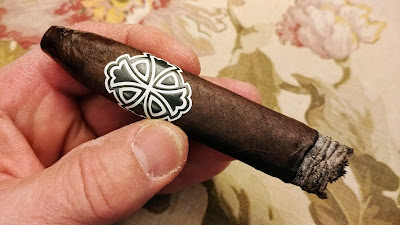 At the first third (31 minutes) the flavors are very much the way they were once the cigar settled down. There is a marked increase in the nutmeg. It seems to be a creamy nutmeg. There are caramel notes that underlie the cedar/cinnamon combination. The molasses notes are fainter than they were at the one inch point. The dark chocolate and the black coffee are still somewhat prominent. The cigar is medium to full bodied. The finish has aspects of nutmeg and dark chocolate with very light caramel notes at this point. The lingering black pepper remains nice. The cigar continues to be very dark noted. This is a good dark noted cigar. For the first third I rate the cigar a 94. 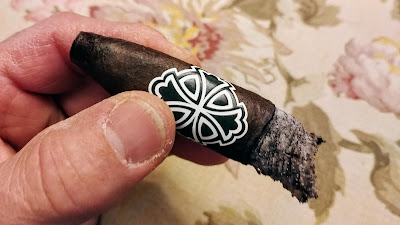 At the 2/3 point (1 hour 2 minutes) the front end flavor has reverted back to more of a citrus with aspects of a citrus peel. When those combine with the cinnamon and increased brown sugar you get an interesting flavor. The caramel helps with the overall sweetness. The nutmeg is still there to bridge the sweeter and darker flavors. The overall sweetness is somewhat subtle and not in your face but it's not light. The dark chocolate and black coffee remain somewhat prominent. The black pepper is still very good but somewhat toned down. I would say it's more of a 7 at this point. The finish is unchanged. The cigar is a low grade full bodied. The cigar is interesting. It is so dark noted but it has interesting sweeter notes. For the second third I maintained the score of 94. 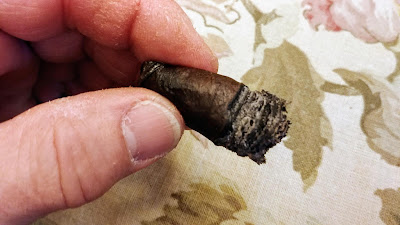 The cigar lasted 1 hour 30 minutes. In the final third the flavors remained about the same but there was a slight loss in overall sweetness. There was an elevation in the dark notes and the nutmeg which toned down the sweeter notes. The cigar is full bodied. The finish changed a little. It became one of nutmeg and dark chocolate. The lingering black pepper was pretty consistent and very good all the way through. The dark notes outweigh the sweeter notes; 55-45. There is a lot of internet hype about this cigar and for good reason. It is a very good cigar. For the final third I rated the cigar a 93. 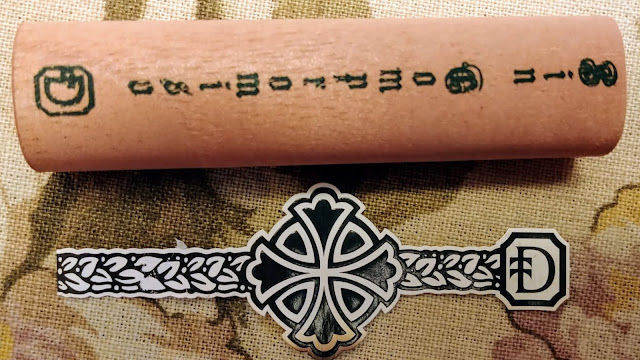