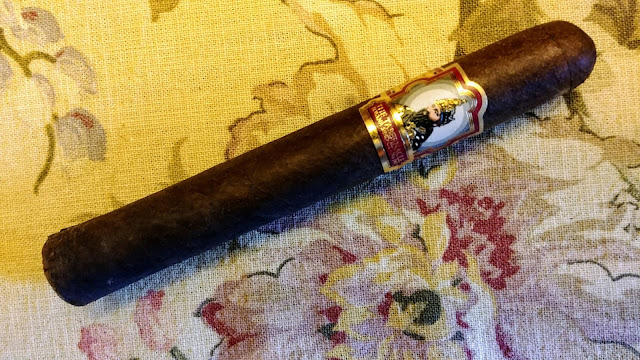 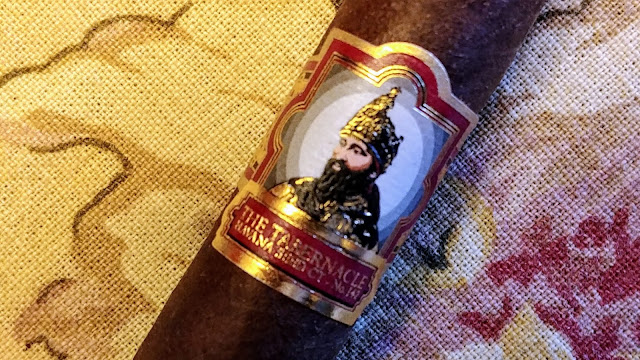 NOTE: A quick review of the robusto version follows this review.

(Description taken from Cigar-Coop.com website)
At the 2018 IPCPR Trade Show in Las Vegas, Foundation Cigar Company and Nicholas Melillo debuted their American-grown Habano seed offering known as the Tabernacle Havana Seed CT No. 142. The cigar is the second blend under Foundation’s Tabernacle brand.

The Tabernacle Havana Seed No. 142 features a unique a hybrid wrapper grown in Connecticut. In a press release, Melillo commented, “I’ve been working with particular farmers in the valley since 2014 to help optimize the plant’s overall health while maintaining the seeds unbelievable flavor characteristics. The culmination of these efforts involved combining the seed with Havana Seed #38 and Havana Seed #1207, also known as Page-Comstock — The end result is Havana #142.”

Melillo also added that there was an extended fermentation process the Havana #142 leaf required, “While the leaf is incredibly oily and full flavored, the leaf itself is quite thin, making for an extended fermentation process, and at lower heat. The tobacco has been curing for almost 3 years in Nicaragua under the watchful eyes of Abdel Fernandez and myself. The tediousness involved in developing Havana Seed CT #142 is well worth it, as the leaf is incredibly flavorful and unlike any other tobacco in the world.”

In addition to the Havana Seed #142 wrapper, the blend consists of a San Andres Mexican binder and a combination of Nicaraguan and Honduran tobacco — very similar binder and filler components to what is found in the Connecticut Broadleaf portfolio. The cigar is available in four sizes:  Corona, Robusto, Toro, and Double Corona.

The Tabernacle Havana Seed CT No. 142 features similar artwork to the original Broadleaf Tabernacle cigar including an illustration of King Haile Selassie of Ethiopia.

The cigar is extremely well made and has a nice feel in the hand. 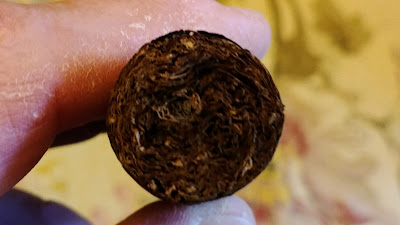 The test draw after cutting the cap was good. The initial flavors at light up were chocolate, dark roasted black coffee, nutmeg, and caramel. There are almost buttery notes to the cigar. The cigar has a very smooth flavor to it. There was black pepper noted at a 7. 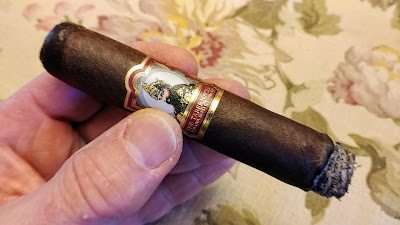 At the first third (30 minutes) the flavors have meld together very nicely. As the cigar transitioned through the first third it continued to be very smooth. There are quite a bit of nice chocolate notes, black coffee, caramel making the cigar sweeter, and a creamy nutmeg. The cigar is a high end medium to full bodied at this point. The finish has a lot of aspects of chocolate and some of the caramel. There is a modest amount of lingering black pepper. During the first third the black pepper has moved slightly up on the front end. The first third was very impressive. I rated the first third at a 94. 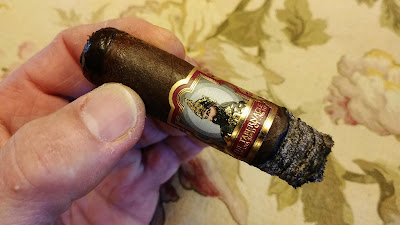 At the second third (59 minutes) the only things that changed were I got light cedar notes in the front end mix and the cigar reached full bodied status. The other notes were just as previously described. The cigar maintains the smoothness that I've spoken about so much. For a cigar called Connecticut this has little to no Connecticut characteristics. Plus, look how dark the wrapper is. At this point there is no reason to lower (or raise) the score of 94. 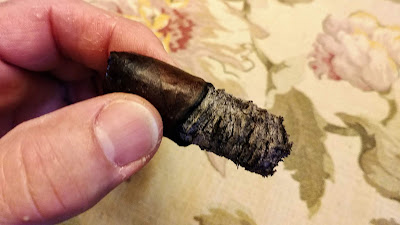 The cigar lasted 1 hour 29 minutes. This cigar burned almost perfectly from start to finish. The burn line remained straight and even. In the final third I lost the faint cedar notes. But, with our without them they did not make or break the cigar. The nutmeg notes are very creamy. They are not intrusive but add a nice semi-richness and more smoothness to the overall flavors. The cigar is very full bodied in the final third. The front end flavors are just as previously described; nice chocolate notes with plenty of dark roasted black coffee, caramel, and nutmeg with a nice amount of black pepper. With nothing changing of any consequence I am maintaining the same score of 94 for the final third. This was a very good dark noted cigar with ample sweetness and power. You can purchase these toros HERE and they are also available in singles and 5 packs. All other sizes of the cigar can be purchased HERE. 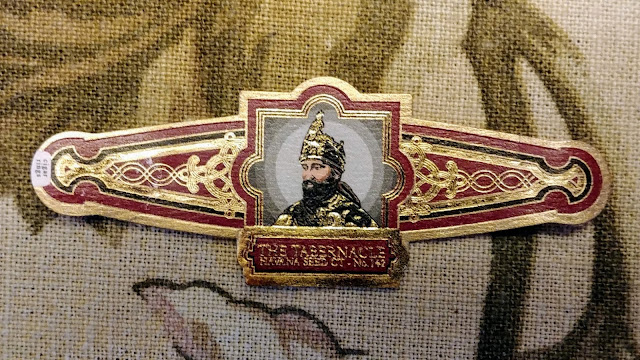 I found the flavor notes to be almost identical to the toro in this cigar. However, throughout the cigar there was not as much sweetness. I did not get the faint cedar notes. The pepper was very good. The chocolate and coffee notes were strong. The nutmeg notes were above average. The cigar, like the toro, was very smooth. The cigar reached medium to full bodied. I rated the cigar in thirds as follows:

A very good cigar but, for me, the toro was a much better vitola in this cigar.
Posted by Tim Rollins at 1/06/2019