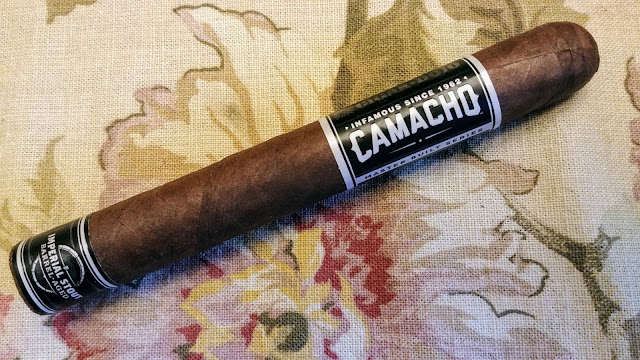 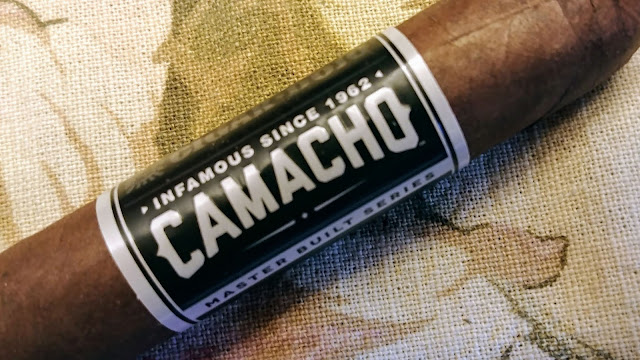 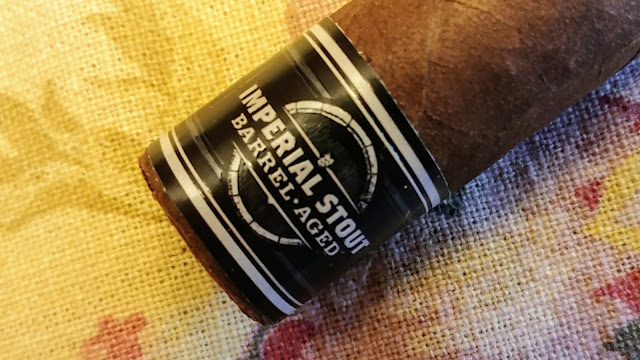 Eric Guttormson, owner of Cigar Dojo, wanted to work with Ten FIDY by Oskar Blues, brewed out of Longmont Colorado. The problem was that Ten FIDY lacked the barrel-aged requirement for the project. However, Guttormson learned the Oskar Blues brewery had just finished an effort involving barrel-aging the Ten FIDY recipe. The company had used 30 barrels for the project. Guttormson managed to secure four of the barrels that had been used to age the beer. The four barrels selected for this project were actually whiskey barrels from Heaven Hill Distilleries, located in Bardstown, Kentucky and the producer of other Dojo favorites—such as Larceny, Elijah Craig, and Parker’s Heritage. The barrels were shipped to Camacho in Danlí, Honduras.

From there Camacho placed original Corojo tobaccos into the beer and whiskey-soaked barrels for a minimum of six months. One difference with this project as opposed to other beer barrel-aged projects is that the tobaccos were allowed to ferment inside the barrels.

The concept of developing a cigar using tobacco aged in a barrel that was previously used to age beer which was previously used to age bourbon is not a new one. The Asylum Dragon’s Milk used a similar concept. Dragon’s Milk is one of several barrel-aged beers offered by New Holland Brewery. It is a stout that is aged in the same barrels that have been used to age bourbon. Besides the fact that different beers were used in the barrels, there is one fundamental difference between the Asylum Milk and Camacho Imperial Stout Barrel-Aged: The Asylum Dragon’s Milk aged the entire cigar in the barrel while the Camacho Imperial Stout Barrel-Aged only ages Corojo tobacco used in the filler in the barrel.

Blend Profile
If the blend of the Camacho Imperial Stout looks familiar, that’s because it uses the same blend components as the popular Camacho Triple Maduro. The one exception is that the Corojo Maduro leaf in the filler was aged in the bourbon beer barrels.  The cigar is produced at the new Diadema Cigars de Honduras, S.A. in Danlí, Honduras.

Vitolas Available
The Camacho Imperial Stout Barrel-Aged is being offered in one size – a 6 x 50 Toro.  The cigar is packaged in dark-wrap soft-bundles.

The cigar is dark and well made. It features a main band and a band at the foot. The cigar has a nice feel in the hand. 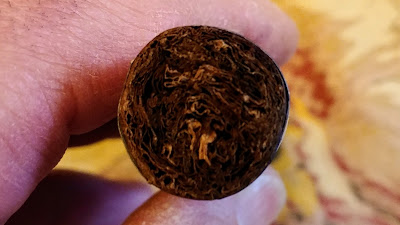 The test draw after cutting the cap was good. The initial flavors at light up were a little hard to pin down but I settled on cedar, brown sugar, a lot of cinnamon, spiced apple, underlying leather, chocolate, and black coffee. There was a nice amount of black pepper which I rated at 7 1/2 to 8. The flavors of cedar, brown sugar, cinnamon, and spiced apple give an almost liquid feel as they wash the palate with sweetness. Surprisingly, the chocolate notes are not that intense. Especially for a cigar that uses a lot of maduro tobaccos. 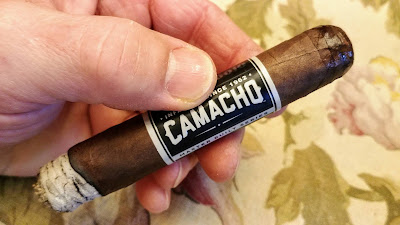 At the first third (28 minutes) the flavors have settled down and mixed exquisitely. You can almost throw out my initial description entirely. You now have a very sweet, tangy orange citrus, tons of brown sugar and cinnamon, chocolate, and black coffee. The chocolate notes really came out. There is a thin thread of a fresh, clean leather. The cigar is very sweet. The finish is one of a candy-like caramel and decent lingering black pepper. I would call the cigar a medium plus strength at this point. This cigar is very sweet and tasty. For the first third I rated the cigar at 94. 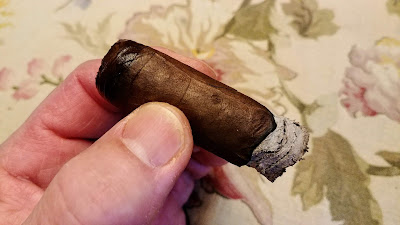 At the second third (1 hour 15 minutes) the cigar has changed somewhat. You no longer have the sweet, tangy citrus notes. They are now a cedar and there are still plenty of brown sugar and cinnamon notes attached. There are much more chocolate notes and much more black coffee notes. The thin thread of leather is still there. The finish is still caramel but now there are light leather notes also. The lingering black pepper has increased. The cigar is a high end medium to full bodied. Personally, I liked the cigar a little better in the first third but it's still very good. For the second third I rated the cigar at 93. 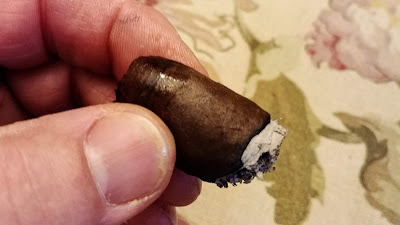 The cigar lasted 1 hour 39 minutes. In the final third I got less cedar notes and more chocolate and coffee notes. The brown sugar decreased, as well as the cinnamon. But, the chocolate notes gave the cigar sweetness. The cigar is full bodied now. The finish is unchanged. This cigar has gone through some big changes. But, it is still quite good. Each change made the cigar interesting. At this point the cigar is rather dark. For the final third I rated the cigar at 92. These are priced around $10 each so they are affordable. If this cigar sounds like something you'd like you can purchase them HERE. 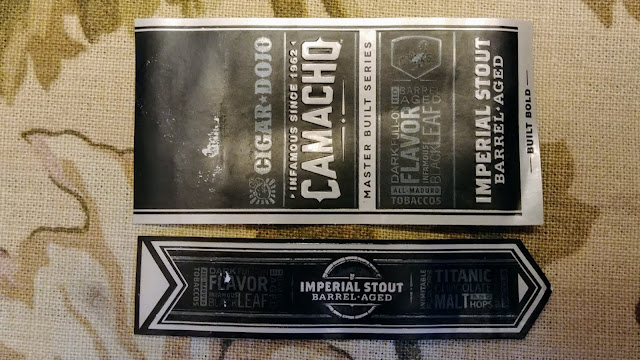