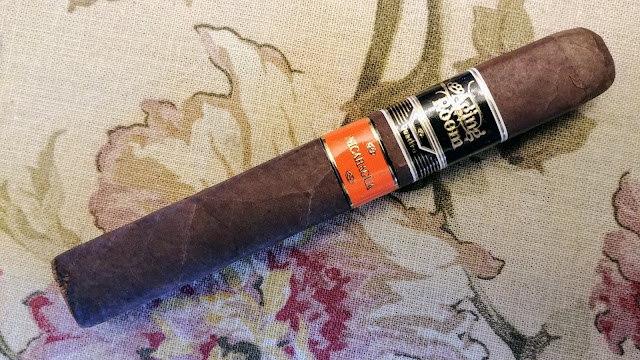 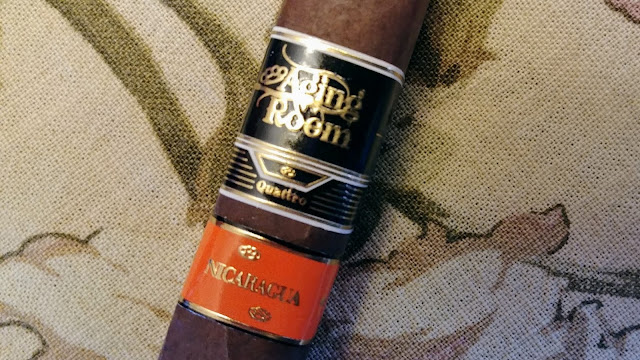 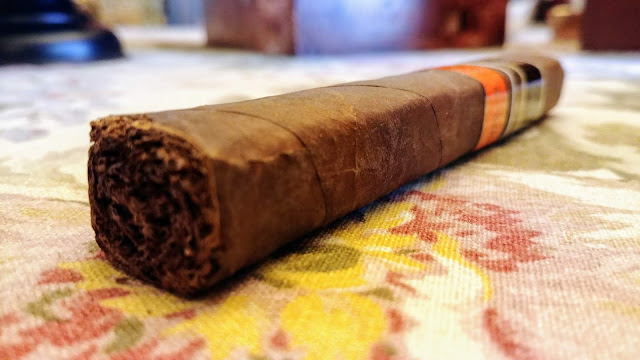 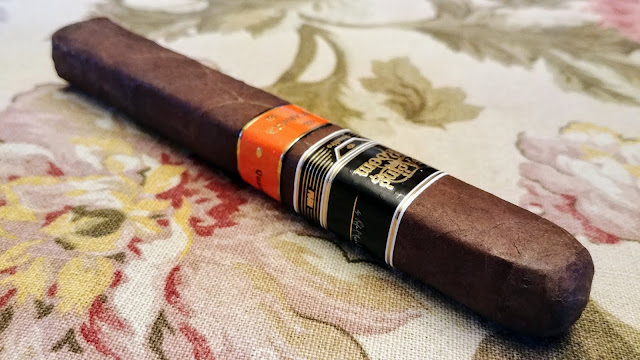 I reviewed the Maestro (belicoso) version of this cigar 3 weeks ago. Today we take a look at the toro version, or Vibrato vitola.

(Description taken from Cigar-Coop.com website)
The past two years have seen AJ Fernandez emerge as a cigar maker for many leading brands.

Vitolas Offered
The Aging Room Quattro Nicaragua is offered in four sizes. Each is presented in 20-count boxes

The cigar is simply beautiful. I love the almost perfectly square angles. The dark brown wrapper contrasts perfectly with the orange and black band.

The wrapper is somewhat oily and the cigar has a nice feel in the hand. 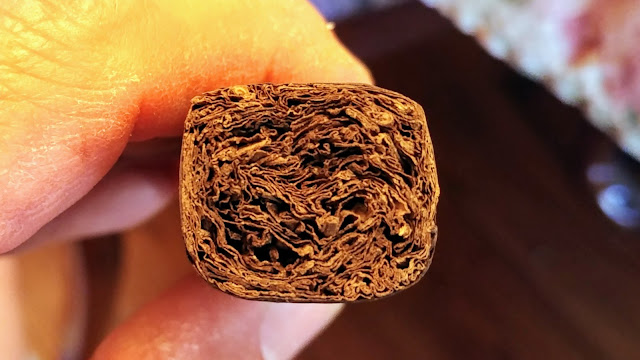 The test draw after cutting the cap was perfect. The initial flavors at light up were much like the belicoso; candy-like orange citrus which reminds me of the candy Pez, leather, nutmeg, brown sugar, cinnamon, and black coffee. There was black pepper rated at 7 to 7 1/2. 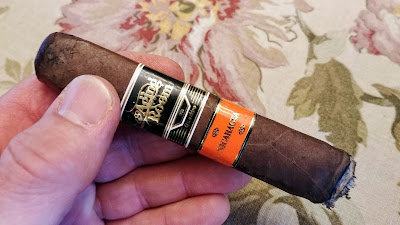 At the first third (24 minutes) the flavors are mixing very well. Everything has it's place and each flavor is in the perfect amount. The cigar is a high end medium bodied at this point. The finish is a leathery cream with a nice amount of lingering black pepper. I enjoy the flavors in this cigar. I rated the first third at 94. 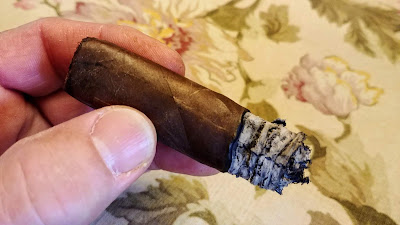 In the second third (1 hour 3 minutes) the orange citrus notes decreased slightly while the leather, nutmeg, and black coffee elevated. The change did not hurt the cigar too much. But, if it loses more citrus the score will reflect it. The mix of flavors is still good. The cigar is now full bodied. The finish is unchanged. I am maintaining the score at 94. 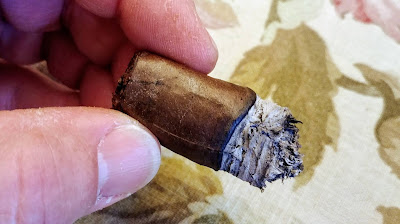 The cigar lasted 1 hour 27 minutes. In the final third the citrus notes continued to decrease leaving the other notes elevated. The cigar is still full bodied with the finish unchanged. The fact that the citrus notes decreased does not bother me much as I expect these to improve with more humidor time. I will, however, lower the final third score to a 93. Of the two vitolas, I prefer this size over the belicoso...but they're both very good cigars. 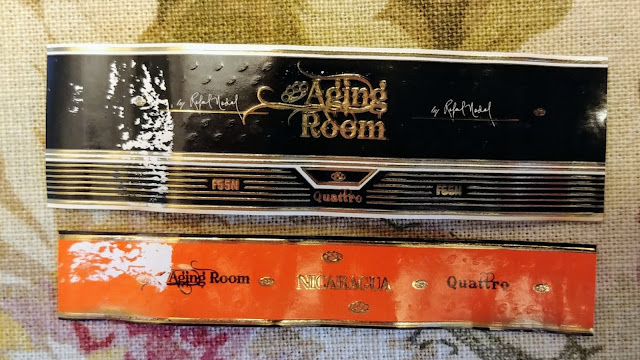