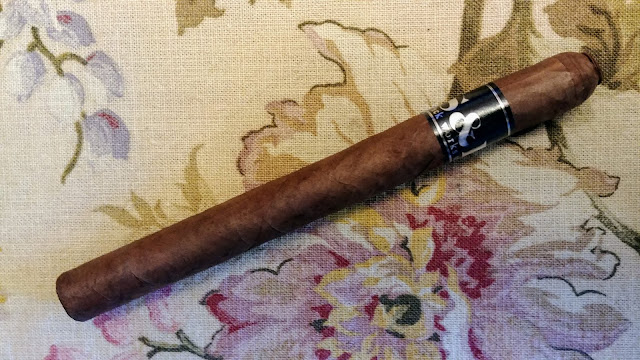 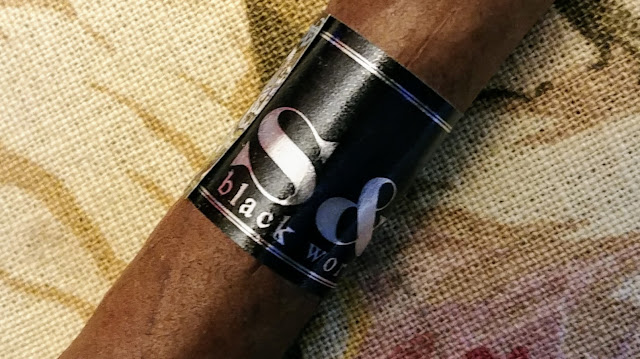 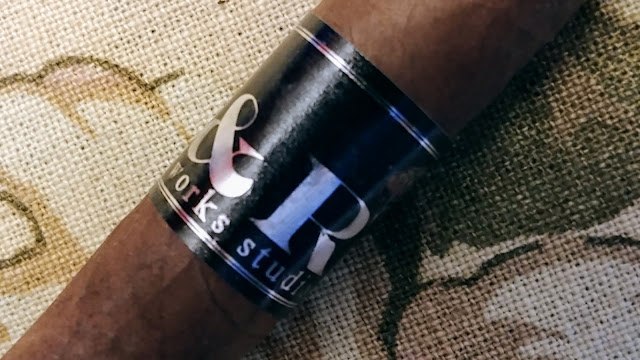 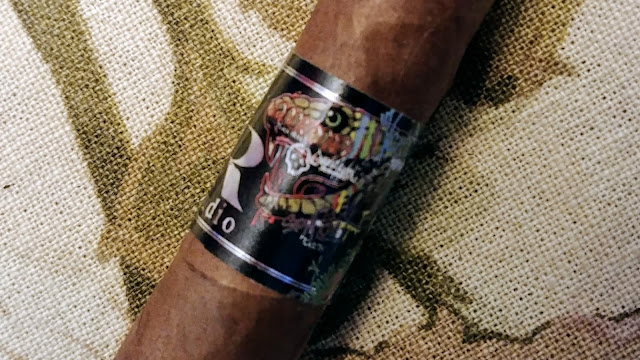 
(Description taken from Cigar-coop.com website)
Black Works Studio has announced the return of the S&R, the company’s second release. S&R returns with the same sized Lancero and Corona Gorda releases as the 2018, but with one additional twist – literally. For 2019, a limited edition culebra will also be offered to select retailers.

S&R was released in 2018. It is the first Sumatra blend by James Brown in his portfolio. The remainder of the blend consists of a Nicaraguan Habano binder and Nicaraguan and Dominican fillers. Each cigar is finished with a pigtail cap. Production is handled out of the company’s Fabrica Oveja Negra in Estelí, Nicaragua.

“We are very excited for the second release of S&R. This cigar represents the broad spectrum of cigars produced under the Black Works Studio line. It’s medium bodied with tons of complexity and the perfect amount of white pepper spice to let you know this is a BLK WKS cigar. The Nicaragua & Dominican blend is wrapped in a beautiful cafe colored Sumatra wrapper and topped with the S&R’s signature pigtail. This year, playing on the serpent theme we made a very limited number of Lancero Culebras, so keep your eye out for those!” said James Brown, creator of BLK WKS and partner at Fabrica Oveja Negra in a press release.


Vitolas Offered
The Lancero and Corona Gorda sizes are presented in 20-count boxes. The Culebra is packaged in individual coffins.

The cigar is sleek and well made. It has an average feel in the hand for a lancero. 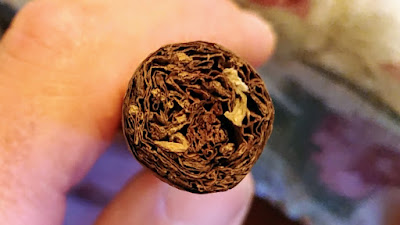 The cap is finished in a unique pigtail cap. 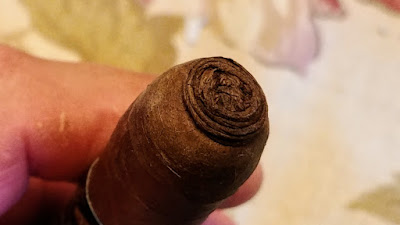 The test draw after cutting the pigtail cap was very good. The initial flavors at light up were a combination of cedar and citrus, quite a bit of brown sugar and a lot of cinnamon, nutmeg, leather, and a black coffee base. The nutmeg, brown sugar, and cinnamon combined to make a very thick flavor. Add to that the heavy leather notes and the cigar is very thick and heavy with great flavors. The cigar is very smooth. There was a nice amount of black pepper which I rated at an 8. The cigar is quite sweet even though it's heavy on the leather and nutmeg. The cedar/citrus combination has sweetness but the majority of the sweetness comes from the heavy brown sugar. This is a very good start. 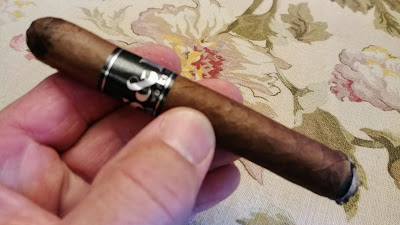 At the first third (27 minutes) the flavors have mixed superbly. The leather and nutmeg are very manageable and it mixes so well with the sweeter flavors. They are in the perfect proportion to the sweet notes. The brown sugar gives the cigar fantastic sweetness and the cinnamon has lots of tingly notes. The citrus/cedar is now more of a cedar but the thing you notice is the massive brown sugar, cinnamon, nutmeg, and leather. The cigar is very close to full bodied even at this early stage. The finish is very sweet and one of brown sugar and nutmeg with a nice amount of lingering black pepper. I rated the first third at 95. 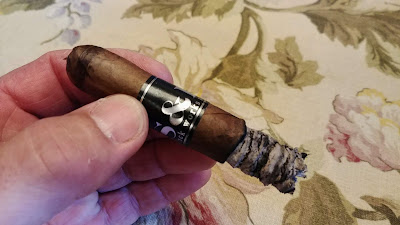 At the second third (54 minutes) the cigar has maintained it's fantastic flavors. I got a little more of the cedar flavor with light citrus undertones. The leather has toned down just a bit so you get a little more of the brown sugar and cinnamon. There is a nice black coffee base. The black pepper has slightly risen. The finish is unchanged but the lingering black pepper is up. The cigar is full bodied. The flavors mix so well together. I rated the second third at 95. 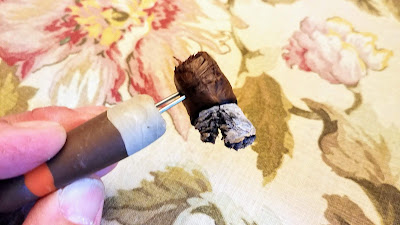 The cigar lasted 1 hour 16 minutes. I nubbed it with my nubbing tool. It's just too good to put down. The cigar continued with it's massive brown sugar sweetness with tingly cinnamon. I even got a few caramel notes in the final third. There was nice cedar, nutmeg, leather, and black coffee to go along with the sweet notes. The black pepper was very good on both ends. The finish was unchanged. Again I say, it's just a great mix. The cigar ended at full bodied with no change in the finish. This is a must-try cigar. Fantastic. I rated the final third at 95. 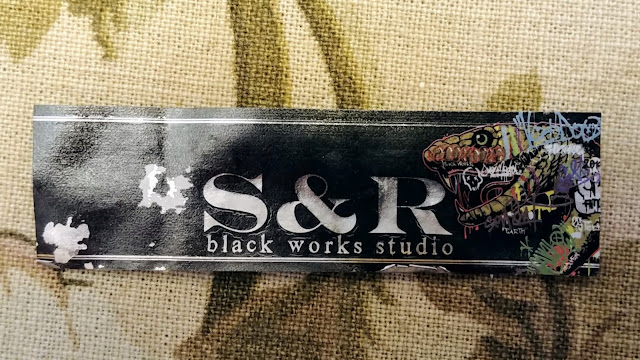