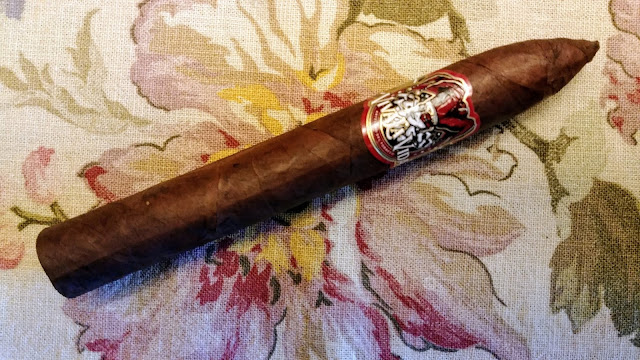 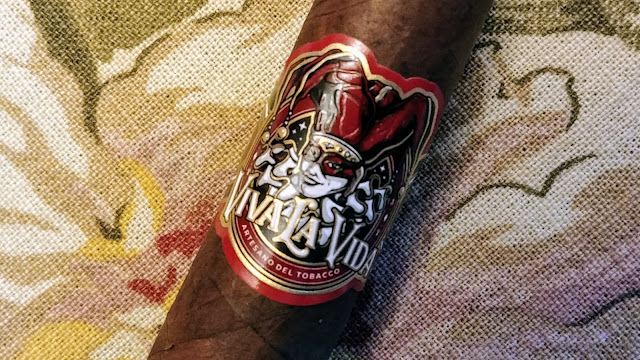 (Description taken from Cigaraficionado.com and Stogiepress.com websites)
Viva la Vida, a new Nicaraguan cigar brand, was launched on the U.S. market in March. Created by Artesano del Tabaco and cigarmaker A.J. Fernandez, the cigars are rolled in Nicaragua from an all-Nicaraguan blend.

Artesano del Tabaco is a company formed by Billy and Gus Fakih, two of the three brothers who owned and ran the two Cigar Inn stores on the east side of Manhattan. (Bass Fakih is not involved in Artesano del Tabaco.) The brand has been in the works for the past three years, as the brothers began working with Fernandez not long after selling their stores to Britain’s Imperial Tobacco PLC (known today as Imperial Group PLC) in June 2015 for undisclosed terms. The stores were renamed Casa de Montecristo after the acquisition.

The cigars are entirely Nicaraguan, made with a variety of Nicaraguan leaves including a wrapper grown by Fernandez himself, who is a tobacco farmer as well as a cigarmaker.

The Fakihs were in the cigar retail trade for 23 years, from 1992 to 2015. Billy Fakih told Cigar Aficionado that he and his brother Gus got to know A.J. Fernandez while running the stores, particularly Fernandez’s San Lotano brand. “Me and Gus, we fell in love with San Lotano. It was our everyday cigar.” Fernandez’s name appears on the black box of Viva la Vida, but not the band.

Fakih said the brand was already available in roughly 75 stores around the United States. He said he and his brother have plans for other cigar brands in the near future.

The cigar is very well made and has a nice feel in the hand. 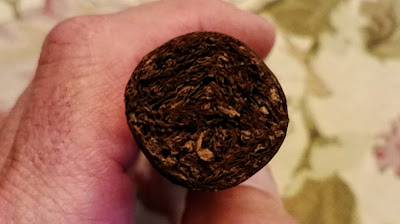 After taking the minimum from the very pointed cap the test draw was very good. The initial flavors at light up (less than 1 minute in) were a very tangy orange citrus, brown sugar, lots of cinnamon and leather, a thread of cream, nutmeg, and black coffee. The leather is a clean leather. There was a nice amount of black pepper which I rated at a 7 1/2 to 8. There is a lot of sweetness in the cigar and a lot of darker notes. This start was very good. 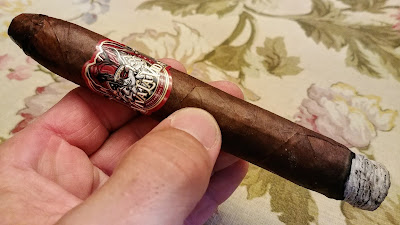 10 minutes in the cigar has settled down into a massive mega-flavor. I can detect them all but they seem to meld into a single entity. They mix so well together. You have citrus, cinnamon, brown sugar, cream, leather, nutmeg, and black coffee. The leather and coffee do not stand out too much. They are in the perfect proportion to the sweeter notes. I would call the cigar full bodied already. The flavors lend to a full bodied flavor also. Again, the flavors mix very well together. 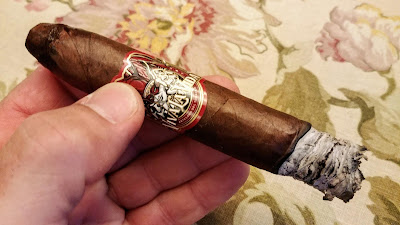 At the first third (35 minutes) the exact same flavors that were found in the last segment have continued through the first third. The cigar is full bodied. The finish is one of nutmeg, coffee, citrus, leather, and brown sugar. There was decent lingering black pepper. The front end flavors are fantastic (to me). This cigar has just about everything I want in a fine, premium cigar. To be honest, it reminds me of the Ramon Allones that I re-reviewed earlier this year and was also made by AJ. This is not the same cigar but similar in profile. For the first third I rated this cigar at 96. 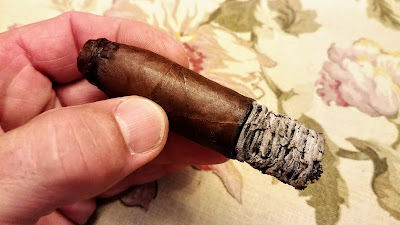 At the second third (1 hour 5 minutes) the cigar is still fantastic. I got more black coffee notes in the second third. The leather is more subtle now. It's still noticeable but it's not in your face. The sweeter notes are just about the same as they were previously. The cigar has a dark feeling to it but there is plenty of sweetness also. The cigar is full bodied but it's not knocking me down. The finish is now nutmeg, leather, and a little brown sugar. The lingering black pepper may be up. The tangy orange citrus and cinnamon combine nicely on the front end. I didn't have the cream any more but there is plenty of brown sugar. There was nutmeg in a nice amount which was not overbearing. The mix at this point is also very, very good. The minor changes did not hurt the cigar. I held the previous score of 96 for the second third. 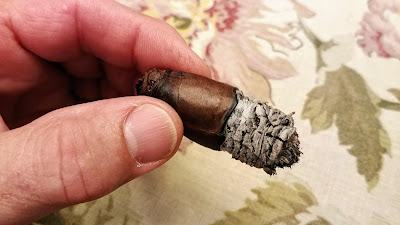 The cigar lasted 1 hour 29 minutes. The cream notes made a reappearance...somewhat. This is very close to what you would call a consistent cigar. In the final third nothing much changed as it hasn't throughout the entire smoking process. Just subtle changes here and there. The coffee remained somewhat elevated. The leather continued to be very manageable. There continued to be a nice, sweet citrus, cinnamon, and brown sugar for the sweeter notes, along with cream, leather, nutmeg, and black coffee. The cigar continued to be full bodied. At this point you can feel the ligero. The finish is unchanged from the last segment. To say this is a good cigar is an understatement. It is a fantastic cigar. Again, it is reminiscent of the Ramon Allones by AJ. For the final third I held the rating of 96. This is a must-try cigar. 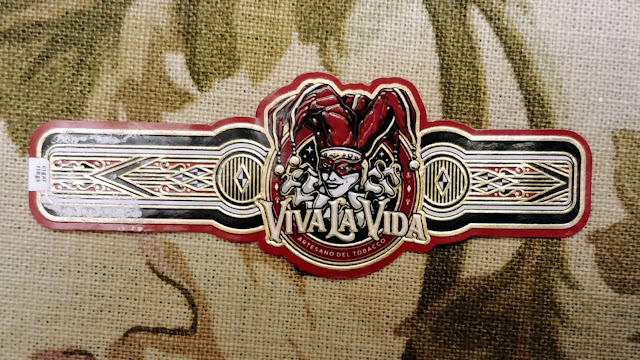